Spies For a New Millennium, Part I

A shot from "Live and Let Die," a great movie despite the fact that it starred Roger Moore, a man who the Bond writers eventually tried to get rid of by sending him to the goddamn moon.

Despite our better judgment, Emily and I decided to attend a showing of the new "James Bond: Die Another Day" film at the local Whitetrash-O-Plex. We decided to make the bold and daring move of "leaving the apartment" due to our resident systems administrator / coder "isnoop" demanding that we either watch the movie with him or run the risk of some "unexpected" website outages that "just might" have something to do with him "taking a leak" onto the server's motherboard. In addition to his affinity towards using quotes at inappropriate times, isnoop also enjoys taking us to horrible movies, as his previous accomplishment was blackmailing us into watching "Signs," the film about killer, water-soluble aliens who are too stupid to defeat boarded-up windows. Now don't get us wrong; we like horrible movies as much as the next guy. However, these multi-million dollar mental ejaculations aren't amusing in any way, particularly after you realized that you spent nearly 10 bucks for the privilege of viewing it while sitting next to a fat couple consuming Gummy Bears at an impossible rate.

I think the major problem I have with the "Bond" films lies in the fact that none of the writers have come up with an original line since 1984 or so. Down below MGM's corporate headquarters, I am convinced there sits a huge, beige, punchcard supercomputer from 1974 that continuously pulls out "Bondisms" from a 13 word database, intelligently combining and re-arranging these words into regurgitated sentences which match whatever environment the writers' scene takes place. For example, let's say James Bond is in an ice hotel fighting some villain who owns a flamethrower (conveniently both of which take place in "Die Another Day"). The Bondometer would spit out the following dialogue:

DEATHMAN VonFLAMETHROWER: "Well well well, Mr. Bond! What say we heat things up a bit?" (Turns on flamethrower)
JAMES BOND: "You're treading on thin ice, Deathman!" (Adjusts his super secret watch which not only tells time, but it also tells time in the Metric System, which has 19 megaminutes per joule)
DEATHMAN VonFLAMETHROWER: (Shoots flamethrower) "The heat is on, Mr. Bond!"
JAMES BOND: "You're cold as ice, Deathman!" (Leaps over an ice desk and lands on an ice chair which falls onto the ice carpet near the ice ice machine)
DEATHMAN VonFLAMETHROWER: (Shoots at Bond but misses and instead blows up the kitchen) "If you can't take the heat, Mr. Bond, maybe you should get out of the kitchen!"
JAMES BOND: "You're melting my heart, Deathman!" (Something somewhere explodes for no reason. A helicopter flies around outside and hits a barrel and both blow up)
DEATHMAN VonFLAMETHROWER: "This is the end of the line for you, Mr. Bond! The agency called and said you're FIRED!" (Sprays more flames everywhere; ice catches fire somehow)
JAMES BOND: "Now now now, Deathman! That wasn't playing very n-ICE!" (Missiles fly out of Bond's teeth and cause chandelier to break off and plummet to the Earth, crushing the ice piano and the ice piano playing robot Sony Aibo Man)
DEATHMAN VonFLAMETHROWER: "N-ice? Boy, that's really pushing it, isn't it?" (Entire country of Portugal catches fire)
JAMES BOND: "Pushing it? Don't mind if I do!" (Pushes Deathman off a cliff. He falls 600 million feet and gets impaled on an icicle which then explodes, causing the ice below to rupture. Lava floods above the ice and immolates Deathman, whose body explodes and shoots scorpions and poisonous ladybugs everywhere, all of which explode while stinging his remaining body parts) "Looks like you got iced." 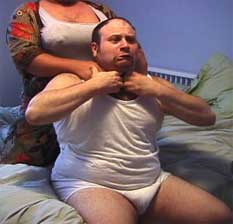 I think this is a picture from a James Bond movie, but I can't recall which one offhand.

Now that I think about it, MGM must also be in the possession of another Bondometer computer machine, as the "sexy double-entendre" dialogue follows the same cliched and idiotic pattern only with the "death" theme replaced by a "sex" one. If the directors of any given James Bond film arbitrarily decided to remove all the retarded transparent sexual innuendo from their film, the running time would be measured in seconds instead of hours. Here's an example of the Sexual Bondometer in action:

JAMES BOND:(To woman guarding a door) "What secret word do I have to say for you to let me inside, Miss...?"
WOMAN AT DOOR: "My name is Entermi. Entermi Vulva. And I wouldn't let you inside for all the sweet words in the world." (Suggestively licks her lips)
JAMES BOND: "Oh, let's be reasonable, the thought of slipping inside shouldn't be that hard to swallow."
ENTERMI VULVA: "Give it up, Mr. Bond, this door isn't as easy to enter as all doors you previously got into so far." (Suggestively drops something between her huge breasts, like a pen or toothpick or torch)
JAMES BOND: "What these doors need is a man's gentle touch to help them part aside and let me get inside." (Does that thing with his face where one eye squints and the other one kind of rolls up into his skull while his mouth turns into a crooked smile)
ENTERMI VULVA: "Why Mr. Bond, aren't you persistent? Perhaps I should repeat myself: nobody gets inside, ever, under any circumstances, in no situation, never!" (Runs over and has sex with James Bond, shortly before letting him go through the doors)

While I certainly can't complain about the brain-smolderingly terrible writing (since the content on Something Awful often rivals the intellectual capacity of a defaced subway terminal wall), I can complain about virtually everything else, since the only redeeming quality of the recent James Bond franchise has been that not a single one has caused my head to fill up with blood and then explode like a well-fed deer tick suffering from explosive decompression. First of all, let me tackle the subject of Pierce Brosnan. If there was a god in the world, and this god did not hate us with the passion of a thousand suns, he would've given Brosnan a fatal case of eyeball cancer while filming the movie "Live Wire" in 1992 (Brosnan was involved in the filming, not God. After watching this movie, you'll understand why God had no part in it). Let me present my case for the immediate destruction of Pierce Brosnan by explaining the "plot" from this travesty, which is 100% true:

Ron Silver plays the role of "Frank Traveres," an evil terrorist who plans to rule the world by making people explode more often than they naturally would, in addition to sleeping with bomb disposal expert Danny O'Neill's (Pierce Brosnan's) wife. Now I certainly don't want to pretend I'm an expert in the terrorism industry, but if my gimmick was to rule the world by blowing shit up, I would certain not sleep around with the wives of prominent bomb disposal experts. Well, unless I was a woman, in which case it'd be cool because then I'd be a lesbian and those are always good for ratings. Frank the Terrorist developed a way to turn ordinary water (harmless) into water which makes you explode when you drink it (deadly). He's tricking senators into drinking this deadly concoction and then having them blow up at very convenient times. These senator-exploding events are baffling the police and FBI, who cannot find a bomb or timer in any of the corpse bits, presumably because they're distracted by the nonstop blaring Casio MIDI orchestral score that accompanies this made for TV movie. I'm not quite sure if Danny the Anti-Bomb Manny works for the FBI or police since he seems to switch departments every scene, but I believe it accompanies his accent which switches from Irish to New Yorker each line of dialogue. Oh yeah, there's also an exquisite flashback sequence which depicts Danny's stupid daughter drowning in a pool accident, so they've got the whole "water = death" motif going in full gear.

The climax of the movie, and oh boy is it ever a climax, was when the mayor held a press conference in the middle of the city square, surrounded by a crowd of inbred halfwits ingesting funnel cakes and holding balloons. Danny surveys the crowd for a potential distributor of Evil Water ™, but it looks like the coast is clear... until he spies a shady-looking clown doing something suspicious with bottles of water! Oh, holy shit, no! Danny the Anti-Bomb Manny pursues the clown, screaming like an idiot for everybody to run away, and they eventually get into a fistfight. While beating on the clown, Danny inadvertently causes the clown to drink Evil Water ™, causing him to begin convulsing like an epileptic licking a power grid. Danny tosses ExplosoClown into a nearby wheelchair and begins pushing him down the street, pleading for nearby people to "get out of the way." Eventually Danny shoves away the wheelchair-bound clown, who then detonates in a fiery explosion. Yes, that is correct, the high point of this film occurs during a fight with an exploding clown.

The only reason I remember this movie so well is because it was on the USA Network 24 hours a day when I was in high school. Every time I would turn on the TV and began flipping through channels, I would invariably pass Pierce Brosnan punching a clown. How can there be a god when people like Brosnan, who was earning possibly hundreds of dollars a year by starring in exclusive USA Network made-for-TV movies, ever get a respectable acting position? Not that the bond franchise can be labeled "respectable" much these days, as the best Bond movies were the ones featuring Joe Don Baker, Richard Kiel, Sean Connery, or that woman who killed people to death with her vagina. Regardless, I feel that the writing behind the recent James Bond films, in addition to the presence of Pierce "Clown Hunter" Brosnan, has turned the series into a dog pile of embarrassment. Luckily I plan on changing this, and changing it so on... keep an eye out for Thursday's update, "Spies For a New Millennium, Part II," in which I reveal the exciting screenplay behind Something Awful's upcoming smash megahit feelgood movie of the decade, "The Spying Game!" There will be sex, guns, explosions, sexy guns, more explosions, car chases, a very large airplane, helicopters, explosions, a considerable amount of explosions, people partaking in actions of some sort, fire, fiery explosions, sex in or possibly with cars, traitors, and exploding traitors! I / you can't wait!

Happy Holidays from the Goldmine!

The goons of the Something Awful Forums have had some interesting experiences with the holidays of gift-giving and they are here to share them with you in a warm, fuzzy, very non-gay way in this week's Comedy Goldmine, "Worst Christmas Gifts Ever." Think you can out-match them in terribleness? 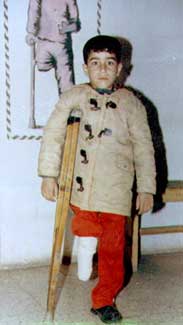 Purpling: My mom gave me a 10 pound sack of Himalayan rice. Not only that, my birthday lies on th 18th of December, so it was a Christmas AND birthday present.

It doesn't get much worse than that. Head on over there and feel better about your own life by reading about the misery of others.