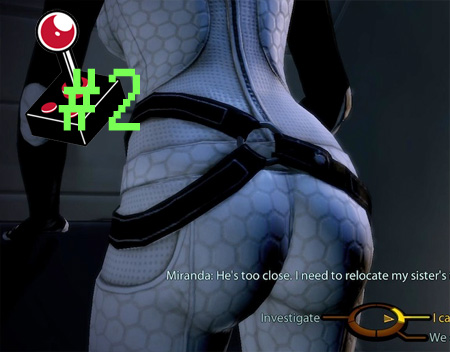 
Drewfus: That is one biotic chunk of woman filling up those hex tights.

Drewfus: Where do you even get pants like that? The space skank store?

HaloDog69: Yo, I am not even fooling around here, I have got to straight up jack it to this picture.

Drewfus: I want her to download her contents on my dilznick.

HaloDog69: If this were Seinfeld I would be Kramer sliding through the door shaking my head and smacking my money down on the table because I just lost the bet.

Drewfus: Mass Effect more like the effect of DAT AZZZZZZZZZ.

HaloDog69: Blow up that onion like a prothean self destruct.

Drewfus: I want to reaper those juggling juice buckets.