A silly sappy message from Zack 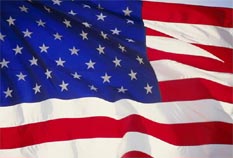 [CLICK HERE TO INSERT LAME CLOUDY-DAY PATRIOT MESSAGE]The brave men and women of the armed forces of the United States and Great Britain are currently in the process of shooting millions of dollars of high tech ordinance at the ruling powers in Afghanistan and the terrorists they shelter. Much like many Americans I have been waiting for this moment to come for quite some time. A sizeable sub-section of the American population has been saying that retaliation is exactly the wrong thing to do. While I can agree that suppressing the irrational bloodlust that surfaced immediately following the attacks on the World Trade Center was the right thing to do, this problem cannot be solved without the application of military force.

You do not treat a cancer or infection with tender loving care and support; you excise it or expose it to deadly chemicals and remove it, then comes the TLC. The United States Armed Forces are not a massive hammer that smashes down on our enemies, they are not driven by thoughts of vengeance or their love for killing. They are a precision instrument, a surgeon's scalpel, professional, cold, and resolute. The hand that holds this blade is not always steady, but I have confidence that on this day and in the coming days it will slice accurately into the body of Afghanistan and free it of disease. Free us of disease.

War is a terrible endeavor and I do not envy those called upon to kill for the right of us all to live in a society free of terror. For those of you in the Armed Forces of the United States, or any of our allies, I salute you in the only way I know how; with a really shitty civilian salute with my arm held all wrong and my posture like a gorilla.

Our usual weak attempts at comedy will resume once again tomorrow!