Three States that Just Shouldn't Be Allowed to Vote

Has any state single-handedly caused more trouble for the electoral process? Unless one of the other 49 has been secretly deciding its elections using a modified Twister spinner, then the answer is no. Florida is truly, truly terrible at running elections. This wouldn't be a problem if we were having a casual electoral pick-up game, but a state this uniquely inept at counting how many people pick a specific name from a list should not be allowed to have a say in deciding the presidency, any more than you would invite a beginner soccer player to give it his best at representing the US in the Olympics. Florida is Flori-helpwe'retoodumbtohandledemocracy and here's the evidence:

a. The disastrous 2000 presidential elections 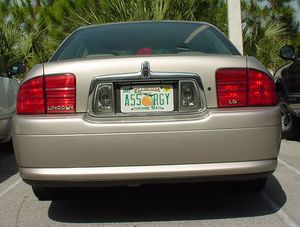 Recounts followed by re-recounts followed by the Surpreme Court picking a winner out of a hat because the people of Florida were too confused by a list of names to correctly check the box next to the one they had walked into the booth planning to vote for. Of course, you can't just blame the idiots who live in the state for jamming Bush into the presidency over the voice of the popular vote. No, most of the blame can be put on the racist, slimy idiots who run the place.

Even for a state that's governor was Bush's brother, and that's Secretary of State was a member of Bush's campaign, there was an impressive amount of good old-fashioned cheating involved in choosing the man who would usher us into the most drawn-out, least popular, most bloody "military police action" since, you know, the V-word.

Among the more blatant tactics were the setting up of police roadblocks in predominantly black precincts, the blocking of thousands of regular citizens from voting because their names were similar to convicted felons, and the paying of fake protesters to disrupt re-counts in Miami. Clearly the real reason conservatives want democracy in Iraq is so that they won't have to fight it over here.

b. Their whining about not counting for anything in the primaries

Maybe it's true that the changing of the date of the primary, which resulted in the voiding of their delegates, was the result of Republicans in the Florida legislature pulling an extremely effective political tactic that is technically known as "a dick move", but the voters still had plenty of warning. Besides, complaining about your vote not counting in Florida is like moving to Alaska and complaining about snow.

Now there are calls for a mail-in revote, which, if it happens, will certainly be run with Florida's exacting standards. For example, it recently turned out that the state managed to screw up sending sample ballots to thousands of citizens, resulting in those citizens never receiving the vital information. What group was overwhelmingly most affected by the mistake? Well, if someone asks you a question about people being screwed over by election mistakes, just answer "black people" and you'll be right nine times out of ten.

I don't want to be unfair to the people running elections in Florida. The average Florida voter is just as much at fault for how badly their elections are run. For instance, the city of Tamarac, Florida recently held an election to decide a land annexation issue. The number of votes cast during the day? It's the same as Florida's worth as a state:

Every vote counts. But what happens when there are no votes at all? That's the situation city officials in Tamarac are facing. No voters showed up Wednesday night to cast a ballot in an annexation referendum for an unincorporated Broward County community.

Details were mailed to registered voters. If just one voter had shown up, that one vote would have decided the neighborhood's fate.

Florida is so bad at voting that even when the officials pull off opening the polling places without scandal or major error, the voters manage something so audaciously stupid as having not a single one of them show up to cast their vote. But don't worry! The city has a plan:

City officials could take another approach to annexing the area. One option is a mail-in ballot election.

So in the likely event that you receive a mislabeled ballot in the mail asking you to vote on land-annexation in Florida sometime this week, don't be confused. Just close your eyes, make a few random scribbles on the paper with your pen, and mail it back. That's the Florida way.