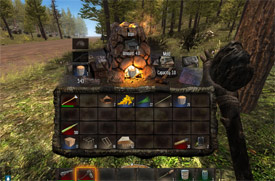 See: 7 Days to Die, Project Zomboid, How to Survive

Why you'll buy it: You thought cutting wood for a hut was fun in those survival games, but now you realize how you can cut wood for a hut to protect yourself from zombies. These games take one of life's greatest pleasures (surviving life) and combine it with mankind's greatest foe: hackneyed zombie content intended for people incapable of dressing themselves.

Why you won't play it: Although you are intrigued by the idea of finding clean drinking water in a world overrun by zombies, you are still busy playing that dang death clock. Ha ha. 1,502! This is wild.

2. Two different gimmicky rogue-likes and a pixel platformer for $1.64 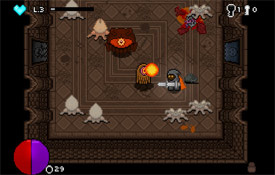 Why you'll buy it: What if every time you die in a rogue-like you could reverse time by ten seconds? What if a rogue-like uses your mp3s to construct levels? How about a rogue-like based on the entire history of jazz? Sure, sounds like fun, but there are also these 950,000 pixel platformers that all received Overwhelmingly Positive reviews from nostalgia cretins and have an insane difficulty level as an homage to great games like Castlevania, Kung Fu, and Kid Icarus. No, that's not placeholder artwork! It's final!

Why you won't play it: You're tempted to play it, but you have decided to wait until it gets out of Early Access. Just another six years.

1. E.Y.E: Divine Cybermancy is being sold for eight cents

Why you'll buy it: As a Steam user, it is mandatory that you own a copy of this perpetually discounted cyberpunk first person shooter game. Buy it now or it will appear in your Steam inventory, forcing you to take the additional steps of activating it in your library.

Chance that you will play it: 0% (no human being has ever played this game)

Why you won't play it: If you think too hard about playing E.Y.E: Divine Cybermancy, your E.Y.ES will E.X.P.L.O.D.E. out of your skull.

Honorable mentions: Some anime shit created in RPG Maker, one of the dozen or so versions of Civilization V, a terrible third-person action game like Remember Me, a hidden object game that tricked you into clicking the store page by having a cool title like Fury of the Ancients, a re-release of an RPG game from 1995, one of those games where you just spin around and shoot at things (aliens, zombies) coming at you, a Paradox game that sells units as DLC, a turn based tactics game trying and failing to copy X-Com or Jagged Alliance, and a Doublefine game that seems like a super cool idea but will absolutely never be finished.