Why you'll buy it: Heyyyyy, these are the guys from that old game studio you used to like we're talking about. They couldn't possibly screw everything up. And some of these screenshots don't look half bad.

Why you won't play it: Oh, you'll probably play it... for less than five minutes. After that point you will realize that they really did screw everything up as you drive a dune buggy in Rage's tiny world, listen to the teeth-grinding dialogue of Bulletstorm, blast another one of 50,000 skeleton witches in a Painkiller game, or actually interrupt the opening introduction of Duke Nukem Forever to Delete Local Content. These are all games that are worse than Call of Duty games and there are good reasons they cost four dollars. And there is no good reason Call of Duty: Ghosts does not cost four dollars.

5. Whatever Hitman or Splinter Cell game is on sale for 90% off 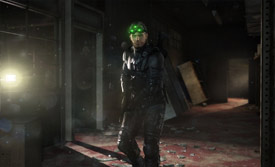 Why you'll buy it: You've probably bought one of these two games in the last few years and yet you somehow will manage to forget just enough of how much you hate them to get lured into buying a new one. Hey, these screenshots aren't so bad! Hey, it has a 72 rating and a "Mostly Positive" this must be a good one.

Why you won't play it: Once you own a Hitman or Splinter Cell game purchased for almost nothing it becomes nearly impossible to mentally justify the time it will take to sneak past a guard. You're an adult playing a game where you wait for an NPC to complete a walking routine down a hallway. This is not why Jesus died to give us life. There aren't even cool ghost powers and steampunks around like you had to convince you to install that 90% off copy of Dishonored.

4. A survival game for eight bucks 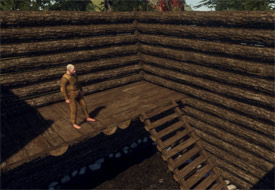 Why you'll buy it: Perfectly hits all your key interests in gaming such as merciless almost random permadeath, long hours spent crafting huts and chopping wood, managing water bottles in your inventory, dying from sunburn while trying to build a hutch for turtles, and trying to figure out the safest place to shit. Multiplayer adds a delightful layer of misanthropic hacker fuckwits for you to socialize with while they steal the shoes it took you ten real hours to craft.

Why you won't play it: Still enjoying the clock that just counts down the hours you have left remaining in your life. 1,503! That seems like a lot, right?