Nobody Messes with S.W.O.R.D. 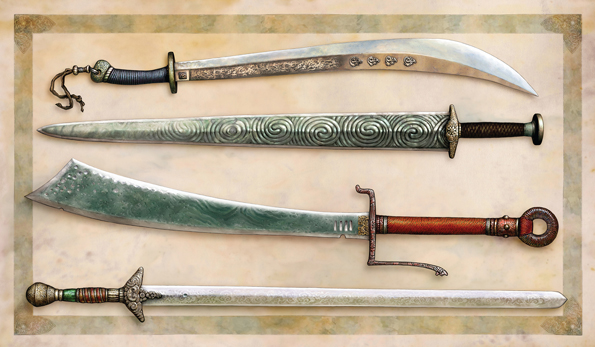 "This... is uh..." the man stammered. His eyes twitched. "My theories.. that is... my calculations... I have been training for years! In theory, I should have been essentially untouchable in this battle."

After further reflection, though, he smiled smugly and allowed himself to acknowledge that, technically imperfect as it might have been, this was a victory. He had repelled the invading hordes. They'd laughed at him for practicing his swordplay -- not these butchered marauders whose blood matted his carpets, perhaps they wouldn't have violated his haven had they known to fear his practiced ripostes -- but other people, they had definitely laughed. The fools.

The man detected crimson speckles on his normally pristine khakis. He regarded the blood with the seasoned disinterest of a house painter noticing colorful splotches on a pair of vocational overalls. He brushed himself off purposefully, smoothing the creases in his sage green polo. Satisfied with his regained composure, the man stared lovingly at his sword, which was still lodged in the back of a fresh cadaver. The blade reflected his affectionate gaze. It glimmered with an aura of triumph, as the skewered body twitched to the beat of an unheard postmortem melody.

It was truly magnificent, he thought -- the sword, not the spastic corpse. This particular specimen was the envy of the two other members of the sword-fighting club he had founded. The man had acquired his glorious weapon through the wages of toil, using earnings from his job emptying change from the electronic horse rides at grocery stores. An honorable man, he never kept even one of the coins that gleamed tantalizingly as they passed through his fingers.

The man inhaled deeply, peered at the obstinate sword with a concentrated intensity, and gripped the hilt tightly like the pert breasts of an Elven princess. "Return to your rightful master, Excalibur!" he cried in a cracking falsetto that betrayed his vexation. With whitened knuckles and gritted teeth, he pulled with all his might, but the weapon would not budge. He retreated for a spell, stealing a few heavy breaths. A tiny geyser of blood abruptly spouted from the wound, cutting through the silence with a pathetic squirting noise, as if to mock him. Clearing his throat, he muttered to himself "In theory, this should not be such a laborious task." The smooth tenor had returned to his voice. 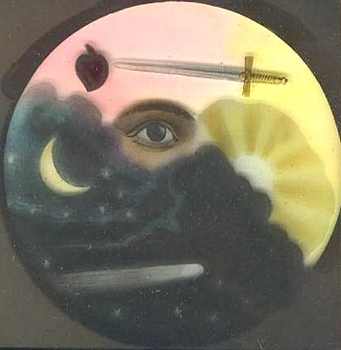 The man shook out his arms and bounced in place like a just-announced boxer, motivating himself for another attempt to pry his beloved possession from its most unworthy sheath. "Excalibur, do not disobey me," he warned, reaching for the bejeweled handle. This time, he altered his technique by planting one foot firmly in the fleshy marsh that surrounded the incision. A grotesque squish drowned out the grunts of his struggle. With a final heave, he dislodged the sword from the mangled gash. Propelled by the force of removing the weighty weapon, his foot slipped on the blood-slick surface of the black satin vest worn by the fallen intruder. Excalibur met the ground with a hollow clang, and the man fell backward, landing next to the lifeless heap. The man winced, and then he sorely blinked his eyes open and stared into the face of this particular victim. The face stared back blankly, mouth slightly agape.

The man permitted himself to gloat -- "Ha! Buffoon!" -- before deciding it undignified for a swordsman of his stature. He crawled to Excalibur, gripped its handle with the passionate resolve of someone who'd briefly lost what he loves most, and slowly rose to survey his surroundings. Chairs and tables were overturned; posters depicting ancient warriors were ripped; computer monitors lay on their sides, the screens flickering like candles at a vigil. And then there were the bodies. The man beamed, then shouted: "In theory, I am the greatest swordsman who ever lived!"

Suddenly, something moved. The man froze immediately, eyes darting in search of the culprit. He stepped gingerly over severed limbs as he neared the quivering mass. This wasn't rigor mortis, though; this was the involuntary shivering of someone trying to keep still and finding themselves betrayed by their own immutable terror. The body released a weak cough, which degenerated into a low gurgle. The man approached with a bafflement-wrinkled brow.

"This is... this is impossible... The laws of science and physics dictate that, in theory, the deceased should not be able to create noises!" He pushed up his glasses in punctuation. As he drew near, the man could see that this body was, in fact, very much still alive. Severely wounded, and destined never to burgle again, but breathing just the same.

"Wait," gasped the bandit. He spat at intervals, as if he were brushing his teeth with blood. "Please don't kill me."

"Ha! Fool!" the man exclaimed, raising his sword. "You will not be spared!"

As Excalibur dangled menacingly above the injured man's chest, the hapless foe managed to cry out "PLEASE!"

The sword froze in midair, inches above the vanquished thief's ribcage. The man's face contorted in contemplation. After what seemed like forever, he spoke. "Well, in theory... this could be interesting. How about we play a game?"

The injured man gave his best attempt at a grateful expression. "Please.. d-don't hurt.. me..." he wheezed. 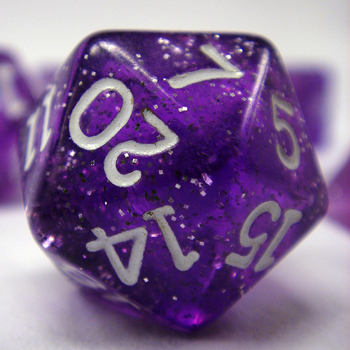 At that moment, the man reached a hand inside the red velvet pouch dangling from his holster (he was wearing a holster). He smiled toothily as his fingers explored the familiar, cool firmness of the dice contained within this portable gamer's womb. He removed his prized 20-sided die from the small bag, cupping it with both hands.

The man on the floor looked up helplessly, not knowing what a "good" roll or a "bad" roll would be. He hoped that whatever happened, he could escape somehow, and live long enough to say goodbye to his family and girlfriend.

The die exploded from the man's palms, rolling like a boulder across the table next to him. The man on the floor stared in horror as an inscrutable grin spread slowly across his conqueror's face. "I rolled a 20," he whispered. He stepped closer, readying his sword. "I ROLLED A 20!" He squealed with delight, raising the sword above his head enthusiastically. He then paused, raising his eyebrow. He looked up. The tip of Excalibur was stuck in the ceiling tile. "Not this again," he sighed with annoyance.

Yanking it free, the man repositioned it over his cowering opponent and, without further fanfare, stabbed him in the throat. Satisfied that the most stubborn of these aggressors was now sufficiently dead, he paused to wipe the sweat from his brow with his handkerchief. He then covered his face with the crumpled piece of cloth, blowing his nose. "My allergies are terrible today," he intoned.

Heading for the door, he assessed the wrecked state of what he'd always considered his impenetrable fortress. But his room could be renovated, whereas its disturbers could not be resurrected. He smirked. Another victory.

"Nobody messes with S.W.O.R.D." He paused for a moment, and then he struck an action pose.

With a cloud of smoke and a flash of light, he vanished.

Thank you to Morgan for collaborating with me on this story. Long live the Brotherhood of outstanding Blades!