Every American Should Own a Gun 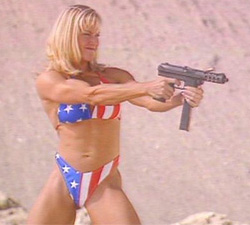 In addition to being fun, guns are also necessary.Science fiction author Robert Heinlein once wrote, "An armed society is a polite society." I think there's more to the quote than that, but that's all that fits on the t-shirt. His concept is simple: when everyone has a gun, no one is willing to risk gun death by farting uproariously or discussing a woman's bosom. Society then becomes very peaceful and happy and polite.

Heinlein's maxim is borne out by history.

The 19th century American West was heavily armed and famously polite. Cowboys never looked overlong at a lady's gait or untucked their shirttails in mixed company. With all those six-shooters around they had good reason to fear being shot for the slightest breech of decorum.

On the other end of the spectrum it's hard to imagine a more socially vicious nation than Japan, where all guns are completely outlawed and rudeness rules. The Japanese do whatever they want all the time and will come up to you just to insult you. Do you think cowboys pretended to text while they discretely groped teenage girls on the subway? If cowboys were real they would just stand and scream in horror at the incomprehensible Asian techno future of Japan.

And what a dystopia it is! In 2006 there were 53 shootings in Japan. Not 53 people killed (only 2 were killed that year) or even 53 people shot; there were 53 events where criminals fired weapons. With numbers like that no wonder they're so rude in Tokyo. 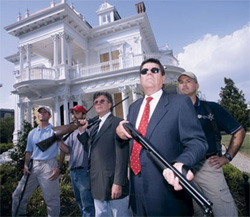 There's a reason everyone is so nice at country clubs and private dinner clubs.Here in the modern United States you need only look at the rates of gun ownership and various state carry laws to get a feel for the relative politeness of the population. About 60% of folks in Wyoming own guns and they are allowed to carry them wherever they want, including churches, schools, government offices, and jails. You can bet ranchers will gladly open their door to a stranger and be very tolerant of your beliefs, whatever they may be.

If you're looking for rudeness then you shouldn't be surprised to find it in Washington. The District, that is. Fewer than 4% of Washingtonians own firearms and whoooo doggy those people are just plain mean.

The toxic discourse I hear about every day on the radio seems to be emanating from Washington, and that is exactly why I believe now is the time for every American to do their patriotic duty and purchase a firearm. If we want to bring a little civility back to this country we're going to have to make our voices heard, and the past few weeks have been instructive on that subject. 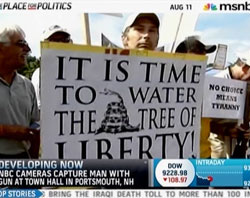 I ran right outside and watered all my trees.I was watching one of those silly town hall meetings and there were plenty of people yelling about doctors or whatever inside. It was a mess and no one was really being heard. However, there was a fellow outside with a gun on his hip. He was just some skinny guy trying to make his opinion known, but thanks to the gun safely in the holster on his side he was able to raise his voice above the clamor and was given several TV interviews. The point he was trying to make was that trees need to be taken care of or they will die.

I knew I was onto something the next day when a man showed up at a town hall with a rifle and a pistol. He was even being interviewed by a radio host with a pistol, so that's like triple freedom and then doubled by the radio and then doubled again because it was on AM radio, the freest of the radio spectrums. I'm not sure exactly what they were talking about, but based on the video they shot of the event I believe it involved vaccinations.

That was all the proof I needed. Not only do guns make people more civil, they also allow those people to have their voices heard over America's raucous political environment. Buy a firearm, then bring that firearm wherever you go and maybe even shake it around a little while you're talking. Your free speech can become freer depending on the quality of the weapon you are carrying. It jumps up astronomically just having any sort of gun, but having a bigger gun makes your voice louder. 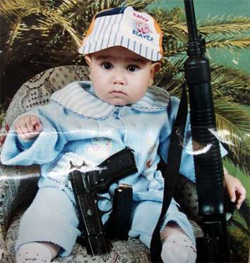 This baby hangs out in the politest playpen.Think of carrying a gun around as a slider on a mixing board attached to an amplifier. Just by having a gun you're turning the amplifier on, so you're already at 1000% free speech, but if you move the slider up you can reach 1500% or 2000%.

That means your speech will be approximately 20 times freer than the unarmed single mom with cancer sitting next to you at the town hall.

If you don't bring a gun your voice is likely to be drowned out by all the people with guns, particularly if they are shooting those guns. Do you remember what the students at Kent State said? No, of course not, because those National Guardsmen kept interrupting and their voices were much louder.

The equation is simple: you + gun + public forum = better country. The time to do the math is now.

If we want to restore some sense of decorum to our nation there is only one way to make our voices heard by the fat cats in Washington: purchase firearms. We have got to get a gun into the hands of every American! Let's see those hands, guys! 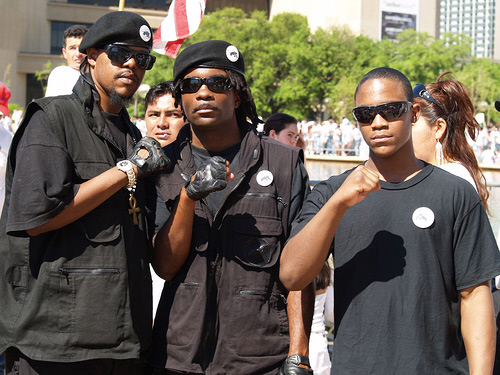