The Lie of the Majestic Alien 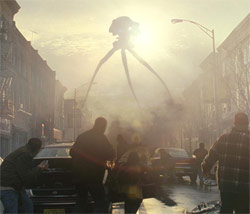 Everything looks great until you see their alien bedrooms and all the crusty socks.Life forms from other planets or other dimensions are a popular staple of science-fiction in all its many forms. In films like Avatar the aliens become a stand-in for other humans. They're a non-offensive ethnic group for mankind to oppress so we can learn ham-fisted lessons about not blowing up spirit trees to build oil wells.

In some science fiction the aliens are super-powerful and inscrutable. Solaris, in all its multimedia forms, offers up a planet-alien that treats astronauts like ants and uses their brains as the magnifying glass. The aliens that invade the earth are always equipped with staggering weapons and massive vessels. Even "realistic" alien portrayals like those seen in Communion or Fire in the Sky the aliens are abusive pranksters with incredible powers and spacecraft.

I don't buy it. That stuff is fine for science-fiction, but if real aliens came to the earth the odds don't favor beautiful space angels or hyper-techno geniuses that look like orange humans. It's going to look more like the septic tank exploded at the intergalactic trailer park. 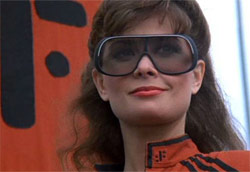 Human? We cry and text people while sitting on the toilet. Reptile woman? She'll lay eggs and then eat them later that same day.The incredible diversity of life on planet earth provides a good indication of what space aliens might be like and it ain't pretty. It looks plenty majestic on one of those BBC documentaries Americans overdub with Shia LeBouf, but go ahead and pick an animal. Any animal. Try to imagine that animal as a space alien. Imagine that alien walking out of a spaceship and greeting us in their alien language. If you think they're still awesome then you're deluding yourself.

Humans? Boring and pathetic. We're either fat and mean or starving and mean. If we have power and wealth we spend all of it trying and failing to make ourselves happy. If we're poor and powerless we spend all our happiness trying to become powerful and rich. We're unbelievably stupid. We found a giant island of plastic garbage we made floating in the Pacific and we just shrugged and did nothing. In China they produce so much smog that they shot rockets at it to get rid of it for the Olympics.

Individually, we're an awful lot like earthworms with arms and legs. We're weak compared to primates of roughly the same size and we're physically so messed up by our opulent lives that we can't even go to the bathroom without all sorts of technology and paper.

We are literally so sad and pathetic that we fill ourselves with mood-altering drugs that end up in the water and turn shrimp suicidal. If we were aliens we would land on alien planets, complain about every atmospheric detail, pave over things so we can ride around on cripple scooters and golf carts, blow up ancient monuments to make way for our garish shopping centers, and harvest resources in a frenzy of pollution and consumption so that we can power our endless grasping for self-esteem.

And go ahead and cross shrimp off the list too. They're wallowing in human piss and wishing for death. Picture a couple claw-clacking beasties coming down the UFO ramp and begging for you to piss on them and kill them at their moment of orgasm. 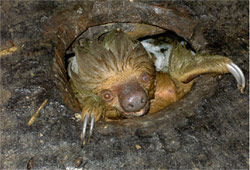 Maybe he's so depressed he's eating our poop and pee trying to medicate.Sloths look a little bit like aliens already. Kind of cute and they have those wicked-looking claws. Pretty good start, right?

"It was scooping with one hand from the semi-liquid manure composed of faeces, urine and toilet paper and then eating from the hand"

Well, they're the slowest mammal on earth, oh and they love to wallow around in our shit and piss filled toilets, literally eating the stuff that comes out of our butts. This is something they love to do. Terrible aliens. 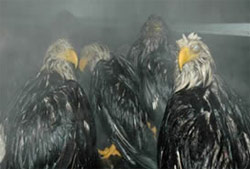 We can fly but we were having so much fun eating fish guts we decided to sink and die instead.Okay, humans, shrimp, sloths; I'm starting things off easy. Let's just leap ahead to some animals that we already think of as majestic. How about America's pride and joy, the bald eagle? Surely bald eagles would make majestic aliens.

At least 20 bald eagles reportedly died in Kodiak, Alaska, after becoming mired in a truckload of fish guts.

"We come from Planet Eaglusa, we bring everlasting oohhhh, is that a huge, smothering pit of rotting fish entrails? Excuse us for a moment while we climb down into it heedless of danger."

Bald Eagle aliens: really stupid and not majestic. Owls have a reputation for being smart, so they might not climb down into fish guts and die. Unfortunately, they might choke to death puking up the bones of their last meal or get frightened away by a person hanging around their nest and leave their children to die. 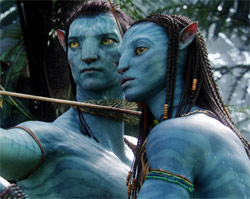 Majestic aliens. Not pictured: where they find a poop on the ground and put their pony tails in the poop and then pee on themselves and in their mouths and then eat the poop.Turning to the sea doesn't help matters. Dolphins are an obvious choice, playful and sleek, comparatively intelligent. Maybe the smartest animals on earth next to humans. Maybe a little too smart.

WEYMOUTH, England -- Swimmers are being warned to stay away from a "sexually aggressive" dolphin that has made its home at a popular tourist resort on the English south coast.

Giant squids have a fearsome reputation and live in myth as shipwrecking monstrosities. Surely a terrible squiddy alien with giant tentacles and luminous eyes would provide the perfect alien to conquer mankind and strike fear into our hearts. Or they might be solitary cannibals, prowling the black abyss of the ocean because they are too ashamed to bring their behavior to the shallows.

Alright, last try, surely our primate cousins could be the template for a truly majest--

Come to think of it, I defy you to name any species that doesn't enjoy wallowing in its own filth. Even way too many humans love that sort of disgusting mess. It's such a universal quality that I think we've just nailed down the one guaranteed trait of any real extraterrestrial.