This is the Thanksgiving We Acknowledge Your Brother's Realdoll Girlfriend 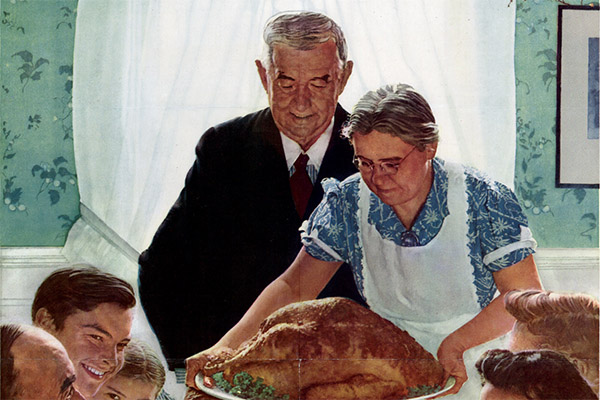 You kids know as well as I do that Thanksgiving isn't the easiest holiday for our family. Well, I guess it was -- until tragedy struck. I'll never forget that fateful day in 2006 when your brother called me to talk about the new girlfriend he picked up during his first semester down at the vocational school. I shouldn't have to tell you your mother and I were overjoyed. Josh never got in much trouble, but he would disappear for days at a time into that labyrinth of erotic wall scrolls and statuettes he called a "bedroom," with the only signs of his presence being the telltale rhythmic pounding that managed to work its way through these well-insulated walls. Before Josh found love, we thought he'd make an honest living as a VCR and TV repairman for the burgeoning third-world market. But suddenly, there was the chance his dead body would be discovered by a loved one, instead of weeks later by the police.

So, Josh pulls into the driveway, and just as I start wondering where this new girlfriend is, he pops the trunk. First, I see two shapely legs emerge from the darkness. Then, Josh loses his grip, and a torso hits the ice with a sickening thud. Before I can even process the nightmare unfolding in front of me, he calls out, "Dad! Can you give me a hand? I forgot to bring Becca's cart." Yes, Becca. We all know he gave it a name. Now, we've faced nearly a decade of Thanksgiving meals silently ignoring this molded plastic abomination, but it's getting harder and harder to carry on as if nothing's wrong -- especially thanks to your grandfather, who's currently in the "say whatever the hell you want" stage of Alzheimer's. And so, I've made an executive decision on behalf of the family: This is the Thanksgiving we acknowledge your brother's Realdoll girlfriend.

Obviously, your brother doesn't get it. He thinks Becca is getting the silent treatment from us due to her "political beliefs," because apparently plastic can vote. So, if we'd like this Thanksgiving to pass without the heart-attack-causing tension I believe caused my last two heart attacks, we need to make our dining room table welcoming to human and human-shaped sex mannequin alike. This means we need to let Josh feed it, no matter how much of a mess it makes under that thing's chair. I've taken the liberty of phoning the manufacturer, and they told me these devices can ingest a certain amount of fluid, which is stored in an easy-to-clean compartment located behind the left breast -- I'll let Josh know he should probably do that over the storm drain after the neighbors go to bed.

To cut down on the amount of mess and increase the total leftovers at the end of the meal, I've tasked your mother with telling Josh about a new all-gravy diet that's all the rage amongst Hollywood types. According to him, Becca is always "watching her figure," so it shouldn't take much convincing to get him to ladle gravy into her dead, frozen face. Just be warned that any of these mouth interactions may activate the voice chip -- we've had more than a few dinners ruined by a fit of the giggles due to Becca asking no one in particular to, and I quote, "spray it all over me." This normally causes your grandfather to launch into one of many lewd anecdotes about his time overseas, but I've promised him all he can drink from the liquor cabinet tonight if he can keep his wrinkled mouth shut. With any luck, that pickled brain of his will tell us that story about the first time he rode a train instead of the several atrocities his brigade committed in Korea.

It's high time we all reluctantly realize Becca is part of our family now, and, until that thing deteriorates to the point where he can no longer... do things to it, we're stuck with her. Now Julie, would you mind jamming Becca's head in the dishwasher and running it on the highest setting? Josh had a "date night" last night, and you know as well as I do her various orifices reek to high heavens without a full-cycle rinse.