Being the helpful and scheming lad that I am, I have decided to help out the ugly masses of the Internet as well, and offer my makeover services to the noisome public for this special one time article. I know almost every single one of you are probably ugly beasts that need extensive work just to be able to leave the house and not be chased by villagers with torches, but I am only one man and could select just a handful of poor souls to work my magic on. Hopefully once I am done with these horrible monsters, they can go out and live a happy life, and become a walking God or Goddess among a flock of ugly, smelly sheep. Beauty is something we should all aspire for, and since we don't have it we should lavish praise and money on the few that do. So without further ado, lets make some dreams come true! 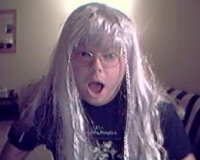 Click on the picture to see Bertha as a pretty princess!

For years, Bertha's pleas for help went unheeded by the medical community. Every plastic surgeon she went to said she was a lost cause, a waste of time and energy. Bertha knew that under her bloated countenance was a dazzling beauty just begging to be free. When I first spotted her webcam picture, I became intrigued by this troubled soul,and saw her as a solid slab of freshly hewn earth that, with my nimble fingers and a little luck, I could carve out a masterpiece rivaling Michelangelo's David. She gladly accepted my invitation to be a part of The Prettiest Princess, and was led to my surgery barn where I got to work right away.

It was tough going at first because I could not concentrate over her screams. Finally I gave the silly wench some painkillers I had laying around so I could work in peace and continue my incisions into her face and stomach. Fixing Bertha was no easy task for she was actually big boned and this posed a problem. I ended up having to file down the bones and then replace her skull with a baboon’s femur bone. I used my Dust Buster to suck up all the excess fat in the tummy and thighs and then made it into a creamy soup that I used to feed the homeless downtown (waste nothing!). After 48 hours of reconstructive surgery and eight months of healing, Bertha was a stunning beauty! She thanked me from the bottom of her heart and then I asked her out but she said no. Now that she is a pretty princess I expected nothing less. 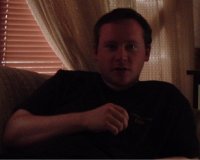 Click on this slothful slug to see a brand new man!

John was sick and tired of being just an average Joe. He wanted something much more than just blending into the scenery, barely noticed at his office by his co-workers, and virtually ignored at bars and clubs. He had tried using the orange tanning cream that is so popular, and even put 3-inch lifts on his shoes so he would seem taller, but put an end to that when his co-workers started calling him Orange Frankenstein Jerkface. The mediocrity was becoming unbearable, so he decided to jump off a bridge and end his miserable existence. Miraculously he was saved when he fell into a tugboat smokestack after trying to leap to his demise. With a new lease on life, he found my Prettiest Princess offer online and soon he was in my surgery barn being made into a beautiful pony. After I found out he didn't want to be a pony, I retraced my steps and started anew.

Even though I ran out of painkillers halfway through the procedure, John was a real sport and was willing to endure anything just to be somebody special. He told me that he wanted to be a lot taller and have a really nice tan. The prior request was achieved by lengthening John's legs with some PVC piping that I found in my shed. These were reinforced with wood putty so they would not to crumple if he decided to take a jog. As for the deep tan, I kind of goofed this part up a little and fell asleep on a bale of hay while he was baking under the 2000-watt lamps. Regardless, John was now a changed man, and he is noticed and looked upon by those who would formerly not give him the time of day. I also asked if he wanted to go out but he said no as well. 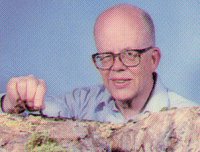 Fredrick is living proof that you are never too old to stop believing your dreams. He is retired now, but used to work at a bait and tackle shop in the small town of Middleton for 30 years. He says he never really had any complaints with his life, but once in a while when he's watching the TV after a long day of work, it makes him sad that everyone on the TV is so much prettier than he is. Even though the only folks who saw him regularly were the customers at the store and his hound dog "General Custer", his self-esteem suffered badly. It soon got worse when he retired and watched TV all day long. Shows like Baywatch mocked him, making his face flush with envy. With the help of his computer savvy nephew, he logged onto the Internet and found me. In no time he was strapped down to my workbench and I was cutting into his old leathery flesh with my band saw while he screamed in some Midwestern dialect.

Thankfully for Fredrick, he really didn't need that much work done to him, and is what I consider a natural beauty. His facial structure and skin tone didn't need alteration in any way and the only thing I really did was to saw off his legs to get rid of the unsightly varicose veins, and replace them with shiny new robot legs that were shipped overnight from Japan. Unfortunately I didn't have the chip to make the legs work, but they are currently researching it and it should be finished by 2008. I also added a touch of powder and makeup to Fredrick's face to bring out his natural glow. I bet if the boys at the tackle shop could see him now they would all get boners in their waders.

Despite the huge success of Fredrick's makeover, I am sad to announce that he passed away a few days due to complications involving his robot legs. I would go into further detail but there is a federal investigation into this matter so that's all I can say for now. Let me tell you though, he makes a beautiful corpse. Open casket please! 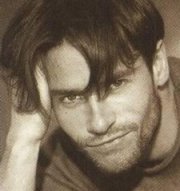 Hit Thaddeus with your mouse for a pleasing transformation!

When Thaddeus wrote me an e-mail begging for extensive cosmetic surgery to make him more beautiful I thought he was a nutcase. As you can clearly see, he is not a bad looking chap at all and I would even venture to say he's quite dashing. But with the rising standards of beauty these days, dashing doesn't cut it anymore. Thaddeus desired to become the perfect idea of beauty, and who was I to deny such a noble request? Of course such a radical medical procedure means I would have to use something more fitting to my needs than my simple surgery barn and work bench, so I took Thaddeus to my brother-in-law's mechanic garage. My brother in-law "Robbie" was a tad nervous, but he agreed to be my "Igor" and help me in this difficult task.

After we hit Thaddeus on the head with a large wooden mallet, we started to make medical history. The first thing we did was to install a drive shaft down the base of his spine, and fix a metal chassis to the trunk of his body. Next came the axles and steering column that would allow for the passenger to control Thaddeus. His arms and legs were then removed to make room for brand new Goodyear tires, and a V6 fuel-injected engine was lowered into the chassis. Robbie worked on the wiring while I worked on the hood and in no time we were just about finished. We cleaned out any remaining flesh or blood from Thaddeus, and installed nice leather seat covers. After everything was finished, Robbie and I sat back with a cold beer and basked in the afterglow. Thaddeus was now the most beautiful minivan ever made, and his miles per gallon weren't too shabby either. We took him for a test drive and stopped at the White Castle drive thru for a sack of 10. The wide-eyed cashier was in awe of the magnificent beauty Thaddeus had become.

They say that beauty is in the eye of the beholder. Well whoever "they" are, I'll bet you that they're ugly and just jealous of all the pretty princesses out there. This world is changing and the standards of beauty are higher than ever, so you can either keep up by getting drastic surgery or get left in the dust with the rest of the slobs until the ugly train comes for all the imperfect humans like that movie Gattica. I never saw it but I know Ethan Hawk is in it and he is far from perfect so the movie must suck. Maybe I'll go rent that tonight. And Café Flesh.