My Thoughts On The New Thor Movie

Everyone is talking about Thor. The country's obsession with this new movie has become so intense that you can't even visit the Thor Store and pick up a gallon of Thorberry Juice without hearing someone mention Thor.

Now that I've seen the movie I have no idea what all the fuss is about. Don't get me wrong, I approached it with a fair attitude. My expectations weren't unreasonably high. I did not react to all the hype by taking the easy cynical route of heading into the movie with the intent of finding things to hate. My approach was to simply sit down and be entertained. The best thing I can say about the experience is that I certainly sat.

So where did things go wrong?

I had been told that the lead was played a relative unknown who stepped into the role and became Thor in a way that no other actor has managed to give life to a comic book character. Sorry, but that was not what I saw at all. This guy was certainly unknown, but I was not impressed with his performance. 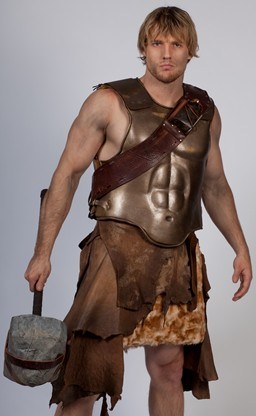 In this movie, Thor is essentially Shaggy from Scooby-Doo and a bit of Keanu Reeves in the Matrix (an illusion furthered by the black trench coat he dons in the second half of the film), with the build of a rugby player and the haircut of that guy from The Dukes Of Hazzard. He mostly stands around looking slightly confused, asks questions, and yells. He does not put on an acting masterclass, but then again I can't say he has much of a script to work with. More on that later.

For now, let's move on to Loki - Thor's nemesis. This is where things get interesting, as he is portrayed by a legend of cinema, sir Richard Grieco. 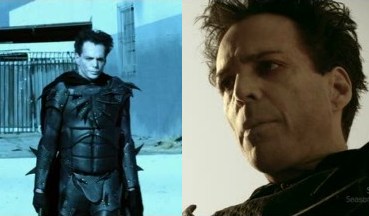 Although I was not impressed by Grieco's performance, I can say that he offers an interesting dynamic. Where Thor is confused, Loki is visibly uncomfortable and ashamed. Where Thor runs, Loki slouches in his enormous spiky armor and tries not to mess up his equally spiky hair. Where Thor squints and lets his jaw slack, Loki emulates the crazy evil lady from Power Rangers with her intensity turned from 10 to -3.

A lot of the movie's buzz surrounded the actress playing Thor's love interest. Once again, I was left slightly confused. 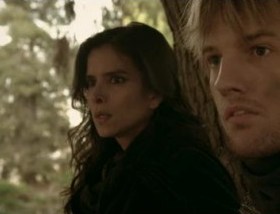 Jarnsaxa hails from Valhalla, yet her accent is strangely Venezuelan. Her character is essentially exposition personified. Thor has no idea what the fuck is happening and Loki mostly talks to his dog, so Jarnsaxa is a plot dispensing machine. I really like Patricia Velasquez, so seeing her in this film must be what it felt like for Michael Bluth to see her engaged to Gob in Arrested Development.

Last but by no means least is Odin, who was unquestionably the best part of the movie. Then again, what else do you expect from such a seasoned veteran? 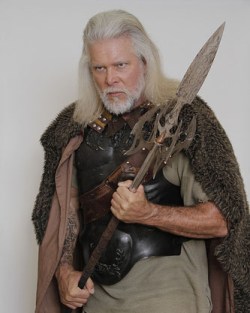 Kevin Nash is in rare form here, putting in one of his finest performances since "large thug in striped shirt" in The Punisher and "guy high fiving Hollywood Hulk Hogan" in WCW Bash At The Beach '96. The most incredible thing about his appearance isn't how well he acted, but the fact that he was able to deliver so many lines without blowing out a knee.

Loki attacks Valhalla with a magic staff and an enormous cgi dog that never seems to obey the laws of physics or interact with anything on screen, including the ground. Valhalla looks suspiciously like some woods in North America. It's a magical place, however, because while this attack is going on a mystical portal appears. 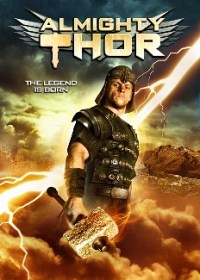 Thor and Jarnsaxa find themselves on Earth, or at least a version of Earth in which an enormous blue filter has been shot into space to tint the color of the sun's rays before they arrive on the planet. More specifically, they are in Los Angeles. Even more specifically, they are in a three block area of Los Angeles made up of a few abandoned industrial buildings and some fences.

The dynamic duo walk around this small area for what seems like ten hours. Loki is at first fascinated by the incredible sights of our modern world, then shifts into "confused and reluctant" mode as Jarnsaxa gives him sagely advice. Eventually they reach some sort of hideout, which is just an abandoned factory with a stash of black trench coats. The pair put these ankle-length Matrix coats on as disguises over their fur-lined midriff exposing Xena Warrior Princess armor. You know, so they don't stand out.

Richard Grieco stumbles after them at some point, smirking. He wants Thor's hammer, but Thor does not want Loki to have it. This creates conflict, and all drama is based upon conflict. For this reason, the hammer is the film's deepest plot point. Unfortunately, the location of the hammer isn't really made clear.

Meanwhile, a disguised Thor and Jarnsaxa embark on a mystical journey which involves... walking around the same couple of blocks they walked through before, which Richard Grieco is now also walking around.

There's finally some sort of fight, a bit of magical lightning that mostly happens off camera, and that's it.

Comic book movies are expected to deliver on their action sequences, and it's safe to say that this movie can be defined by two of its setpieces.

In the first, Thor and Jarnsaxa encounter a fence. They must get to the other side of this fence. 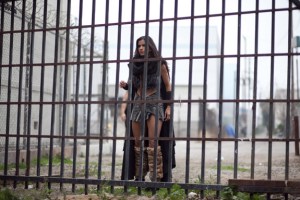 Do they walk around the building, then continue on their way through another alley? No, of course not.

The camera is set on the ground, showing the bottom of the fence and Thor's feet. He jumps, his feet leaving the frame. The next shot is of Jarnsaxa's reaction, her features set in an expression of amazement. Next, we see Thor completing the final two inches of the landing on the other side of the fence. It looks a lot like he simply jumped in place and they edited out the ascent, but that can't be. This is, after all, Thor.

I don't even need to describe the next sequence, as it's the image that comes to mind when you think of Thor in action:

I will never trust another human as long as I live.