Through the Feeding Tube

In recent years the quality of the American news media has declined to the point where I really only trust the news I get from the screaming hobos that call the back alleys of downtown home. Something about their erudite voices, horse from yelling about the dangers of invisible satellites and government conspiracies, carries an air of absolute certainty that I find to be lacking from modern reporting. These people, in their hearts, simply know the truth. When I turn on the TV I see idiots rambling on about things that no self-respecting person should ever care about, like the Michael Jackson case. I realize that we are a stupid, feeble race soon to be devoured by giant space worms, but it still burns my britches that more of us don't just exercise basic human decency and change the channel, triggering Nielson earthquakes that shock the foundations of television news in the process.

Even after dropping cable and spray-painting my TV screen black, I still hear far too much unpleasant and pointless news. Maybe it's the millions of fleshy proxies that repeat the boring news stories of the day or maybe the media has found a way to illegally broadcast news inside my head. I'm truly terrified that I'm still being poorly informed about things I do not care about while actively avoiding the news. For the last couple weeks, the news anchor voices inside my head have been telling me about Terri Schiavo's valiant struggle against either living or not living, depending on who you ask. It seems this adorable human rock has created an epic tug of war between those who value prolonging a meaningless existence and those who favor murdering a sleeping beauty. Or vice versa, I don't remember.

I have to ask, why is this news? I could understand this being local news, but national news? And for this long? Some are saying this brings up an important topic long missing from the national spotlight. The problem is, what good is coming from it being in the national spotlight? All it's going to do is piss off a bunch of people when a decision is made, then trigger more arguments that will ultimately dissolve into pure screaming rage from only the most fanatical of idiots on both sides of the debate. Hooray for that! I can't for the life of me figure out how in a world where millions of things happen on a daily basis, we always hear about the same 3 or 4 stories to the point where they go from being news to just being sappy drama played out for ratings. Terri Schiavo's getting so much attention you'd almost think she murdered Scott Peterson's wife and molested those kids at Michael Jackson's ranch.

I look at this from a more enlightened perspective. Terri Schiavo, for all intents and purposes, is a brain-eating zombie cursed with a lack of mobility. Now, a zombie's purpose in life is to consume non-zombie human brains while simultaneously spreading the zombie plague to non-zombie humans. Granted, I'm no Robert Frost, so my description of a zombie's life lacks a lot of eloquence and beauty, but trust me when I say it's something special. It's very much the path less traveled by. When you can't move, you can't very well take a bite out of somebody's head. So wanting to keep her "alive" in her current state is therefore rather heartless. What they should be doing, if they want her to reach her full potential, is work at getting her some kind of Stephen Hawking-like wheelchair rig with a special voice synthesizer to squeal "brrrraaiiinnns" when she drools on her little keyboard. But that's making a real circus out of what should be a private matter between the courts and family members, right?

I'm sure Terri Schiavo is a wonderful lady, but she's dead as far as living a real life is concerned. She isn't going to jump out of bed in some monumental Hulk Hogan-like second wind and body slam her husband. The time for that has long since expired. The sooner she passes away, the sooner everyone can move on and the sooner her immortal soul can crawl across the rainbow bridge and into the endless human abattoirs of zombie heaven. If we have magical feed tubes that can prolong a vacant life, let's hook up some extension tubes and plug them straight into a starving country like Ethiopia. Instead of wasting all this time focusing on one minor ping in the giant sonar of death and suffering, let's not lose sight of the bigger picture, which is uglier, bloodier, and features millions of dying people. Maybe, just maybe, there is a magical way some of those people could be helped instead of focusing solely on one brain-damaged vegetable kept alive through the medical science of denial.

Frankly, I'm more mystified at this feeding tube business than the fact that it's keeping someone alive. How long have we had the technology to pump food into people with tubes, and why has this technology been monopolized by the healthcare industry? I have to work hard to eat. I have to scour the kitchen like an animal for things that are edible, and many a time my searches turn up nothing. I would love for a doctor to jam a tube into my stomach and pump food through it. Not only would that save me the time of acquiring food, it would also save me the time of chewing food. I would love for food to be pumped into my disgusting body so that I can fulfill my fantasy of living entirely in bed and never having to work a day in my life again. Then, years later, when I die prematurely due to inactivity, I could fondly reflect on all the time I saved by not having to find food or chew it. 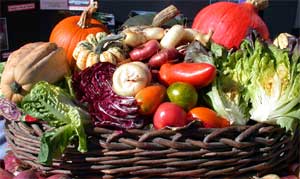 The reason I'm taking such a bitter stance against Terri Schiavo is not because I hate her or what she stands for (laziness), but because this hits very close to home. For the last month, Reid "Frolixo" Paskiewicz, Something Awful's third most beloved personality, has been living the life of a vegetable with no signs of ever returning to normalcy. You see, Reid was seriously injured using his Deion Sanders' Hot Dog Express. We here at Something Awful have been fighting a turbulent battle to have him taken off life support, mostly because we're almost out of pre-written Frolixo updates and partly because I want that Deion Sanders' Hot Dog Express back. The situation is complicated by Reid's refusal to admit that he is even injured and his continued insistence that he is simply "resting his eyes." Reid, a prolific trickster famous for acts of extreme guile, is not to be trusted and should be put down immediately. This is my expert opinion.

I asked a doctor what it's like for people in Terri's state, and he told me this: "A normal person's brain activity is like an episode of 'Law & Order: SVU' where Detective Stabler takes the case too personal and puts everything on the line, including his badge. For someone in a vegetable state, Detective Stabler plays it by the book and lets his fellow detectives handle the load." As you can see from that medical explanation, people in vegetative states are simply not living at all.

In case I end up getting married to one of you readers, I want you to know that should I end up in a coma, I do not want to be kept alive. I want my body to be donated to science, preferably the kind of science that claws at the moral fabric of Heaven itself. Really, though, I just wouldn't want to exist as a brain-dead pile of meat living off the charity of a tube. What would even be the point of living that way? It's an awful situation for anyone to be in, but it's an awful situation that's not going to get better over time. There's no quality of life if you don't even know that you are alive, and there's no comprehension of that if your brain is like a sad potato. Let her and the dreadful media coverage of her non-life die already.