Only Steven Seagal Can Protect Our Children in the Bathroom 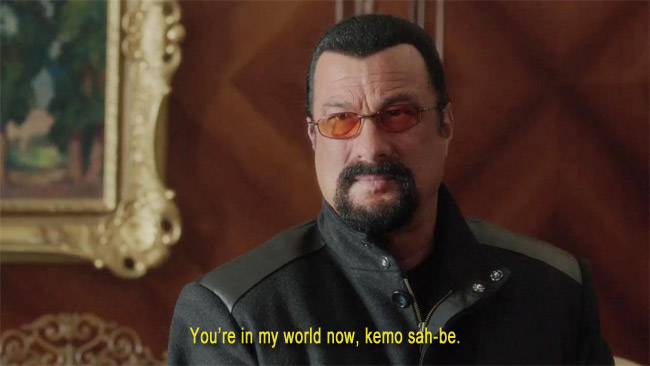 Some psychos want to bust into these bathrooms and get an eyeful of our kids? Good luck. They're going to have to go through the world's only quadruple black belt with an expired private investigator's license. Steven Seagal. 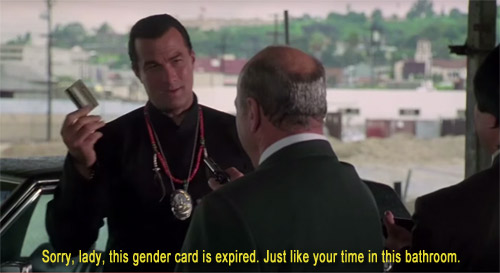 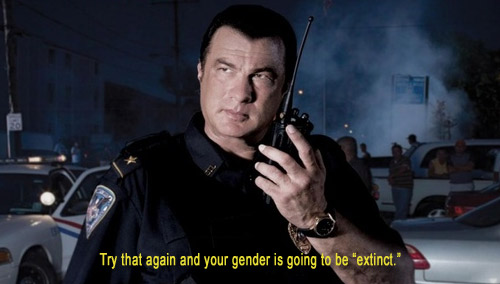 As the only professional bounty hunter and honorary Native American medicine man with his own cancelled reality TV show, no one is better equipped than Steven Seagal to sniff out wrong genders and bust them back to the minor leagues. The minor leagues of their grave. 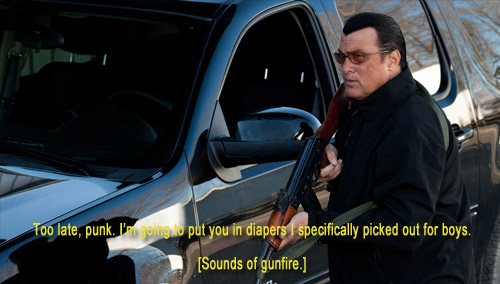 Steven Seagal is watching for anyone who would try to sneak into our children's toilet time. A lady with a mustache might try to bring a tape deck in and record fart sounds. A real pervert scumbag going through expensive hormone replacement therapy for years and wearing a wig might come in here and try to sit down on a toilet next to a CHILD on a toilet. Not on his watch. 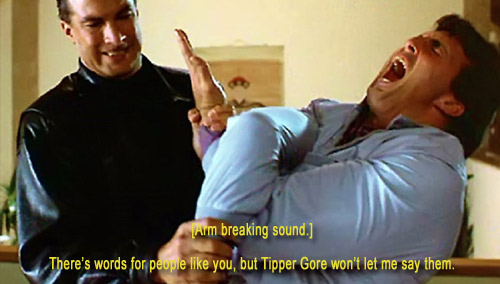 Listening very carefully to the pee sounds coming out of the stall next door, Steven Seagal acts quickly to kick it down. Just as he suspected. It's a trans person pouring a thermos into the toilet. Their soup went bad. Well now their everything else is about to go bad, because sickos like that get tossed. 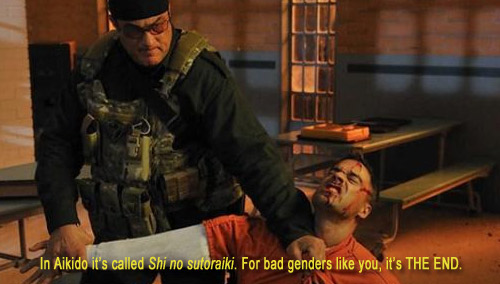 Because Steven Seagal can only be in one bathroom at a time, he will be installing cameras in all of the bathrooms to review the footage. He's really backlogged watching all the videos even with his spirit eagle helping at the Target. 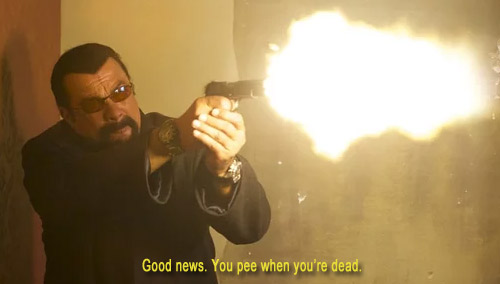 Steven Seagal is ready, willing, and able to save our children from the coming bathroom crisis unleashed by the Washington degenerates. He's also available. Please contact David Baumann at Genesis Talent. 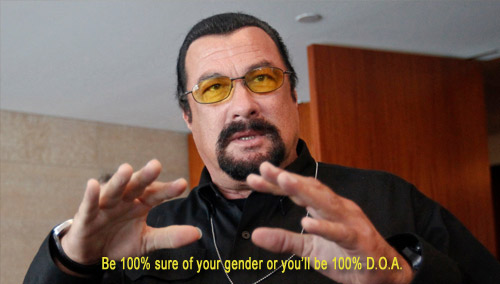