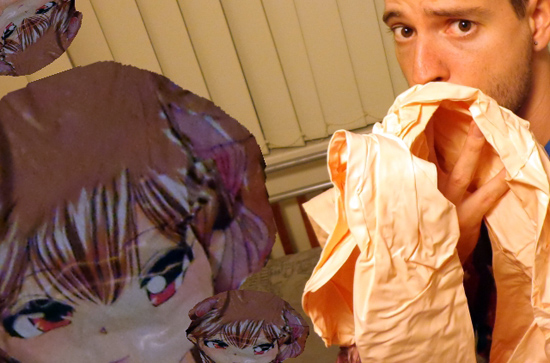 Putting the semi-ironic comedy aside, Infernal Monkey is nothing if not thorough in his detail:

This thing is slightly bigger than most handheld onaholes, accommodating just over seven inches with ease. And despite that, it's also much lighter, as Toy's Heart have gone with a spongy foam-like material for the thick outer layer. They've even embossed their logo on it. Seventeen Bordeaux definitely feels pleasant in your hand, and seems to retain its texture after being cleaned multiple times, unlike certain onaholes which pretty much turn into Gak after being exposed to water.

In case you missed that "just over seven inches" mention, Infernal Monkey definitely isn't above the occasional cool dick brag: 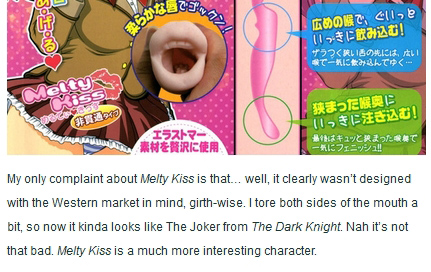 As a true professional, though, he's willing to risk all that Western girth during horrifying hands-on encounters with cheapo onaholes:

So... entering the Boku Ona: Super Quick is easy enough, but I felt that rough foam immediately start clinging tightly around my shaft. Unsurprisingly, this is not a pleasant feeling. There was a twinge of fear and instant regret, as if I'd just stuck my penis in an exhaust pipe full of tigers.

Attempting slight movement made it worse - all that lube did absolutely nothing. Slowly pushing my way down also caused the cardboard flaps at the bottom to pop right open, leaving just the onahole's thin plastic wrap to prevent disaster. The foam was getting fucking painful, to the point where I lost my erection halfway through. And even flaccid, I was still just awkwardly stuck inside it.

Cost is no guarantee of quality with onaholes, based on this gross experience with a pricier model:

First off it has a rather unpleasant oily smell that you tend to get with cheap trashy toys, not in the $30+ range like this. The rubber also gets sticky, fast. And boy, it's a total bitch to wipe clean when something merges with it in a quest to become the ultimate nightmare vortex blob. Even just for these photos - minutes after taking it out of box - cat hair and dust was sticking to it hard.

Buying all these onaholes, which range from $2 to $50 or more, is certainly leaving a hole in his wallet:

Right now it's unfortunately just way, waaaay too expensive to recommend. The actual Japanese RRP is reasonable (about $25), but import retailers are bumping the price up by almost double. Pop Life! alone blew out my monthly budget for the website/girlfriend.

The onahole-squandered date budget doesn't seem to be a deal-breaker for his girlfriend, but his weirdo hobby does occasionally cause a little friction, judging by their back-and-forth after this review: 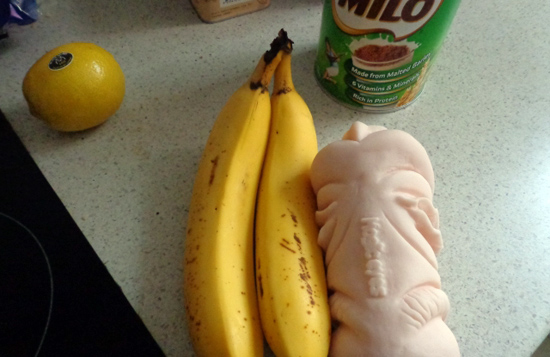 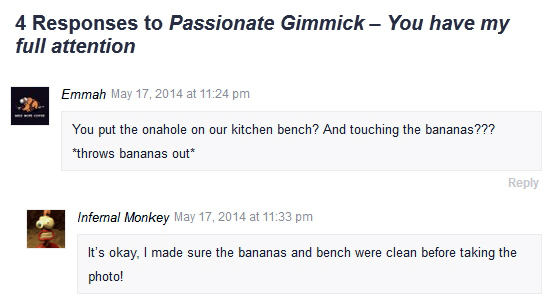