I can tell what these kids are gonna be, their desires and fears, as soon as they walk in my office. You just look them in the eyes and the whole story's right there. What haunts them. That nightmare they wake up into every single day. School thinks my job is to set these kids on their course, but it's a path they're already on. I just point it out to them.

Of course I ask them what they want to be. I condescend to their illusion of choice. If everyone got what they wanted this would be a world of firemen, astronauts, princesses, and kings wearing yellow instead of a world of dumb meat destined for a cold slab. 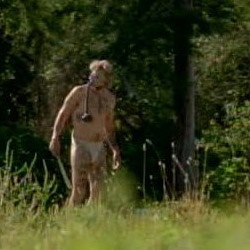 I can't convince them not to aspire but I can penetrate their falsehoods. I am the knife of truth stabbed in the drum of ignorance they beat every day, some of them so hard that when the drum tears loose, when they see the world as it really is, they'll be so far down a hole of drugs and depravity there ain't no coming out.

Any kid can be the president? You tell that to a kid with one arm. To a kid with too many freckles on their face. A kid born ugly.

We reject those things that remind us that this is an imperfect world, we shut away people that deviate from what we are told about fairness, that make it that tiny bit harder to believe in the comforting fairy tales men tell themselves about justice or karma. Truth is, justice is a coincidence. A collision of particles that men think they will into existence. But it's fickle. It slips away from us if we try to hold tight.

Have you ever heard of Membrane Theory? It's advanced guidance counselor theory.

A kid came in yesterday who said he wanted to grow up and be a werewolf. I told him that a monster is chained in all our hearts, waiting to be set free by obsession, and if you want to let that beast loose you can be a werewolf. I said, but what is always will be, Dylan. Choice is an illusion. To those unmerciful eyes of eternity, you will always be who you are, and that is not a werewolf.

From the 11th dimension they know, Dylan. They know you are going to be a service employee earning minimum wage. You will grow up without skills and you'll have an addiction to painkillers.

One little girl didn't like it when I told her that she was going to marry a man who doesn't respect her and have three kids who grow up to hate her. That she's going to work on and off as a secretary. She wanted to hear about being a CEO or something. 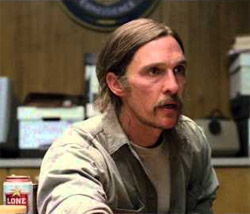 "I might as well be dead," she said to me and started crying.

I told her that she already is dead. All things that will happen have happened and that includes her inevitable death.

You see, we're all born believing, without a scrap of proof, that we'll somehow cheat death. Maybe not in our rational minds, but in our animal hearts, we believe it. It's how we make it through our days.

It's only as death gets closer and closer, as we see its contours and become intimate with the way it will make us all still, that we can accept that we will die. Only, most can't. Not really. So they invent fantasies about what happens after they're dead.

What happens after all this? Shit. I told her, it starts right over, kiddo. You've always been crying in my office because you can't be a princess. You'll always be in here. Always dripping your tears on that aptitude test. Don't change nothing. Nothing changes at all.

Next kid wanted to be a rail road engineer. I told him you go right on ahead and be that. Don't matter what I tell him. He was walking dead, sure as a river flows, and would be lucky to last a week.