10 Things Cut from Trump's State of the Union Address

The beginning of every year brings The State of the Union Address, a speech given by the sitting President for the sole reason of generating the numerous, inexplicable applause breaks our democracy needs to thrive. But not everything can fit into an hour that somehow feels like five. Thanks to our President accidentally uploading his speech to a public DropBox folder, we at Something Awful are proud to present everything that didn't make it into last night's event. 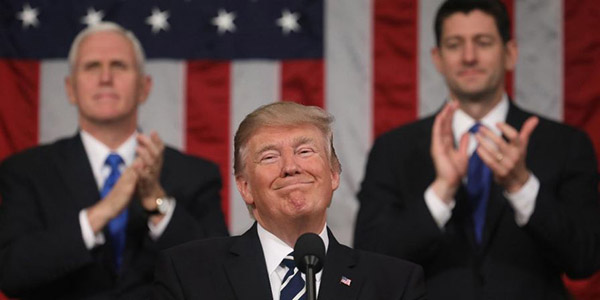