My Ultimate Football Hope for the XFL 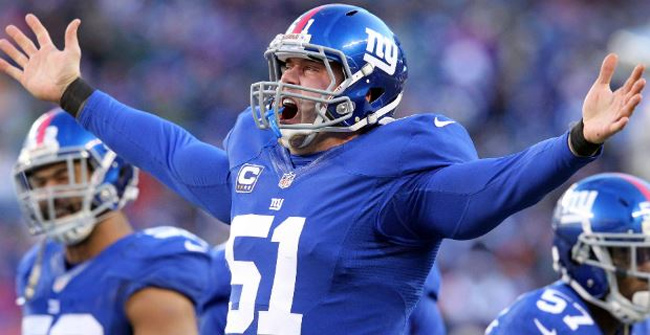 There is a new league coming for football games. In 2020 Vincent McMahon's XFL league will be back. The most important thing to me is that the players have fun and enjoy themselves. Sometimes I think sports are too serious. It's just a game, folks.

There will be a team with one large football man as their player. He will stretch his arms the width of the field and run forward and scoop every player up on the opposing team. Each game will begin with him walking out onto the field and eating an entire live horse while the audience screams. The horse will be a bad horse and its crime will be announced on the Titantron before it is eaten. "Hot Chocolate didn't want to pull the buggy" or "Luck Be a Lady bites jockeys" or "Christmas Candy can't count and has shit for brains." Fans will understand that sometimes justice demands even a horse be executed, in this case by the terrible jaws of the one large football man.

The large football man will be named Lowell but not by any mother and people will wonder who gave birth to him. Was it the sky? Was it a creature under the sea? Nobody will know, least of all Lowell, because he just was and can't remember anything before that. When he is resting birds will nest on his gentle hump and when it gets cold his nostrils will be like two steam trains gushing their warmth into the chilly air. Lowell will have a special bed with a blanket made by the same place where they make American flags, the biggest and strongest flags in all the world.

Lowell is the large football man we have always craved. We will measure him with ropes to be sure he is the largest. We don't need to measure him, because he is a hundred times the size of any other football man, but we all enjoy the act of defining the exact dimensions of Lowell. His bicep is 35 feet around. His tooth is the size of a husky mannequin head. One finger could crush a car. 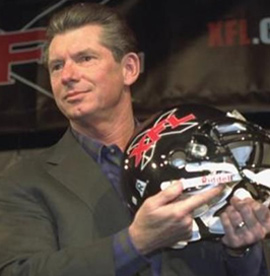 This is the beginning of the end for us. Lowell, created by unknown means, and Theresa, created by science, will fertilize thousands of eggs and turn a stadium into their nest. Large football men will hatch within days. Our horses will all be eaten in the coming weeks. First the guilty horses, then the suspicious horses, and finally the innocent horses. Horses will become extinct and we will have to ride pigs instead. Lowell and Theresa, so much larger than us, will not be able to distinguish the humans from the pigs and will begin feasting on mankind.

"Touchdown!" The last human will probably say as they disappear into Lowell's mouth.

Alone with all the stadiums and their millions of large football sons, the happy couple will finally try to seal the deal and tie that knot. Unfortunately, their son Phil completes the form to apply as an ordained minister but there are no humans remaining to process the application. Lowell and Theresa wait at the altar for the minister, but he never comes. With nowhere else to go, they attempt to eat their children and each other.

Following the demise of the large football players, an isolated brigade of horses will return to civilization and begin to repopulate their kind. Countless days pass, years and centuries becoming eons. The horses begin to walk upright. They breed enormous pigs to ride. They build cities and invent the steam engine all over again. They even have time for leisure, devising a game where horses run at one another and try to stop a "ball" from being carried down the field.

One day, a large football horse will become the entire team for the Houston Humans.

That is my hope.