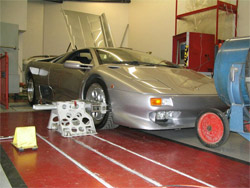 Yeah just my car getting tested. Heheh not really.This is just a little news update to fill you guys in on what's happening with me and what sort of things I have been thinking about this week.

Nothing too big to announce right now. I got a card in the mail saying I have to get my car's emissions tested. I'm not too worried about that. My car is kind of new still and it smells the same as it always did. I don't think it is emitting anything.

If it fails the test I don't know what I'll do. I can't afford to buy a different car right now and I like my car. I guess I will put a bag on my car's exhaust and then put rubber bands around the bag. Then after I drive somewhere I can bury the bag.

I'll let you know how the emission thing goes. That's the only announcement I really have.

An Invention I Thought Up 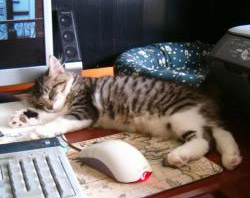 This is my cat a while back. I bought him from the shelter and it turned out he was something called a Maine Coon which means really fat and really hairy.An invention I thought up is a special alarm clock that will help me wake up. It is shaped exactly like my cat and when it goes off it makes the sound that cats make when they're getting ready to throw up.

The only way to turn it off is I have to pick the clock up and put the clock on a hard surface like the bathroom floor or something. That way I have to get out of bed to turn the clock off and I can't just hit the button and go back to sleep.

If you have a cat that sound is really good for getting your attention and making you react really fast. If you don't have a cat then here is another suggestion: take your regular alarm clock and put tape over the button that turns the clock off. That way you have to wake up enough to take the tape off before you can turn off the alarm clock. 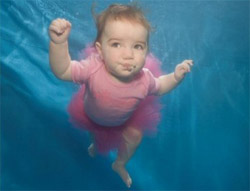 Babies are very good swimmers which hints at what they might be like as a creature.I think about babies a lot. They're pretty cute and interesting.

Looking at a baby is like looking a billion years back in time to when mankind first crawled out of the ocean. I haven't looked up the science on what we looked like then, but if I had to guess I bet we looked like a baby. Or maybe a baby only wetter, like a frog.

I would like to build a terrarium for a baby. It would be a little bigger than a playpen they sell at Target, but it would have high glass walls so the baby can't get out no matter what happens. I would put a bunch of plastic plants and gravel on the bottom and some other thing babies enjoy like maybe sticks and boots and a hollow log the baby can hide in if it gets scared. There would be a big rock that gets hot so the baby can lay on the rock and feel warm. There would also be a water bowl for the baby but not big enough for the baby to fall in and drown.

Issues I Have with Politics 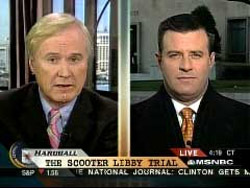 That is Chris Matthews on the left and I found this picture by looking up his name and drool.The news always talks about politics and I think that's getting a little bit out of hand. There are a lot more important things to talk about like what's happening to the whales. I haven't heard an update on how they're doing in a while. The news does that a lot where they start a story and then they never tell you how it ends. One I can remember is did they ever find those guys in the mine? They drilled like 10 holes down there to find them and then the news stopped talking about it, so I guess they found them and they're doing fine.

The news channel I watch the most is MSNBC, but be warned they have a heavy pro-Microsoft bias. My favorite TV show on MSNBC is Hardball. There is a guy who hosts it named Chris Matthews and he ALWAYS SPITS! It's wild. He starts getting really excited and spit flies all over the place and drools on his shirt. He's kind of like a dog and I think that's cool.

One thing I don't like about MSNBC is their website. They have a section called "FIRSTREAD" that is like a blog about politics. It has a really really really scary picture up at the top of monsters in hats. It's so scary I spent a while on Google looking up ways to take the page off the Internet so I can't go to it anymore with my browser. I'll let you know when I figure that out.

I saw the President on the news yesterday. I forgot about that guy! He was talking about a budget. That guy is always laughing or smiling. I'm glad he is having a good time being President. My mom always said that you should do something you enjoy as your job. I am still looking on monster.com to see if any place is hiring someone to eat Reese's Cups.