What's Happening in the World Around You? 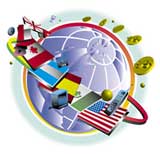 I'll be the first person to admit that I'm not very news-savvy. In fact, up until yesterday I believed that "Police Chief Moose" was the name of a short-running Nickelodeon cartoon, "Russia" was a planet which orbited the moon of Jupiter, and "President George W. Bush Jr." was a moderately short, incomprehensible Texan who somehow got elected to the presidency of the United States. After some lengthy research, I have concluded these assumptions are incorrect; there has GOT to be some rule somewhere in the Constitution barring anybody in Texas from achieving any political office higher than "Drooling Guy Who Holds a Sign Which Reads 'NAFTA = NAZI' Outside Free Trade Meetings."

Now before you Texans get all irate and begin composing hundreds of flame messages to me, let me give you a warning: your Texas upbringing will probably prevent you from spelling my email address correctly, thereby causing your message to bounce. Ha ha, I don't really have any problem with Texans, just as long as they are legally barred from interacting with anybody outside of their state and AOL finds a way to move them off of my Internet and put them on a completely separate, Texas-sponsored one, preferably powered by the same leaking nuclear reactor that is tainting their state's water supply.

However, this update is not about my intense hatred of Texas or any of the other 26 states that I would gang rape Rand McNally to force off all maps. Today we're going to take a look throughout the world at the news and events that shape our lives like piles of clay inside a steam press. I feel that Something Awful has a civic responsibility to make sure all our readers are well-versed in current events; since I already called my mom and talked about the news with her, we must write this update and inform the other person about the exciting affairs around us.

Senate Approves Homeland Bill - Capping months of debate, the Senate on Tuesday approved 90 to 9 a bill that would create a Department of Homeland Security -- a massive reorganization of the federal government sparked by the September 11, 2001, terrorist attacks. 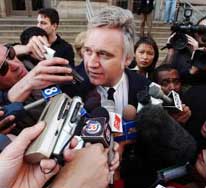 George W. Bush Jr. in a recent press conference outside his home of Tower Lakes, Illinois.

This is good news for people who hate being blown up, because nobody is as efficient at stopping crime as the Federal Government. Way back when America was first founded by the fathers who find founding father things, they noticed that there was a lot of crime. People would come running to the government, crying like babies and complaining that some nefarious thief swapped their grandiose tory wig with a knicker of duplicitous pantaloons. Naturally, the founding fathers had no clue what any of that meant, so they passed a resolution to declare crime "illegal" and set up police forces to enact this strict new law. Ever since this "police" organization came into existence in the late 1700's, crime has been virtually non-existent. For example, when was the last time you read a news article about somebody recently committing a crime in the 1700's? I think I've made my point.

The Homeland Security Bill will allow us law-abiding, non terrorist citizens to sleep better at night knowing that most forms of terrorism are now illegal and can be punished by either prison time or forcing the terrorist to catch a large missile with their face. Although Democrats originally sponsored the bill, they began to protest against it once Republicans loaded it up with so-called "special interest" clauses, such as "if a pharmaceutical company produces anti-terrorism drugs (such as 'Terror-B-Gone ©' and 'Terror-Spray 2000 ©') and these drugs cause everybody everywhere to die a slow, slow death, the company cannot be charged with any criminal negligence and the CEO of the company should be elected as an honorary Pope." The Democrats found this idea to be appalling, mainly because every single Democrat in the United States is a lawyer, and the idea of not suing a drug company is reprehensible enough to warrant a lawsuit against the Republicans. Regardless, the passing of this bill ensures that all terror in America will officially be outlawed, so if you see some spare terror lying on the streets or in the gutter, call Tom Ridge and tell him to haul his elderly, pasty white ass over to remove it with a special pair of federally-approved USA #1 Terror Tongs ©.

U.S. Calls for UK Troop Support - London has received a formal U.S. request for troops to take part in possible military action against Iraq, as UK soldiers prepare to cover for the second firefighters strike in as many weeks. 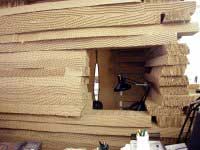 The UK base of operations.

Once again, CNN comes through in the clutch with more fabulous news as the US plans to eradicate the export of terror overseas. Many "backwards" countries with such "misguided" citizens as Arabs and non-Christians hate America just because they're petty and dwell on the irrelevant fact that we hate them. This cannot be tolerated, so our armed forces overseas are recruiting other armed forces overseas so we may blow up different armed forces overseas. I'm fairly sure that America doesn't even need to ask Tony Blair to borrow a couple thousand troops anymore, particularly since Blair has been lobbying to make the entire UK America's 51st state. Or do we already have 51 states? I have no idea, I can't keep up with all these fucking current events.

The bad news is that many filthy foreign countries whose economy depends on exporting terror, such as Iraq, Iran, Iroc, and the luxurious Iroc-Z, will now have to find some other jobs for their 70 billion jillion citizens. Luckily for them, America has the solution: convert to Christianity! That's a fulltime occupation in and of itself, and the various pyramid scams which flood through the church on an hourly basis will generate more than enough money for the six or seven ex-Arabs on the top. Plus Christians are, by nature, a non-violent race of people, so we can expect all these silly "holy wars" and goofy crap with the Jews to stop immediately. 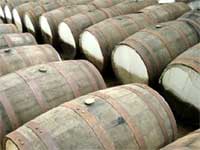 This example alone demonstrates the rift in thinking between Liberals and Conservatives; the Conservatives want to put the homeless on a boat which will hopefully sink and turn the residents into a homeless reef, while the Liberals opt for a more "humane" approach - putting Conservatives on a boat which will hopefully sink. It's this kind of "out of the box" mentality which has made New York City the number one leader in whatever the hell they're the number one leader in; the mass production of "never forget" stickers and 9-11 stick-on tattoos maybe.

Queen Latifah arrested on DUI charge - Hip-hop star and actress Queen Latifah spent part of Wednesday in jail after being charged with driving under the influence in an early morning traffic stop.

The tragedy here is not that another celebrity was arrested, but that during her intoxicating ride she failed to swerve off the road and kill herself along with several other prominent rappers. Er, no wait, she's "hip hop," my mistake. I'm too goddamn white to tell the difference between "rap" and "hip hop" these days. Let's all band together and pray Ja Rule gets all loaded on Zima Smoothies and plows into her on a road with a poorly-placed "WATER BUFFALO XING" sign. Sure, every time another hip hop "artist" gets whacked, the jewelry industry sees sales decline by 194 billion percent, but that's one of the risks we have to take. Well at least I'll take the risk.

An undercover police officer deals with Klanmen who are getting "out of line."

More exciting news from New York City, the home of homelessness and KKK marching parades. I'll be the first to admit that I don't understand anything about the KKK at all; every time I see a picture of a Klan rally in Incest Lake, Arkansas, the first thought that comes to my mind is that a whole bunch of really pointy tampons fell out of the sky and decided to light a bunch of Jesus Christs on fire. The Klan practice of burning Jesus and his cross date back all the way to the days of 1683, when "stupidity" was invented by Sir Hindegrald Manchester. He was immediately lynched afterwards.

So let me try to understand this: Klan members claim to be remarkably white and remarkably proud, yet they went to court so they could wear identity-obscuring masks during their annual "fill the streets of New York with even more garbage" parade? At the end of their parade and little hate lovefest, do they sit down at a bar, order a cold beer, and say to each other, "you know Bill, I feel I truly made a difference today. The world is now just a little bit wiser and knows more about the evil niggers, spics, wops, zippernecks, Junebugs, yellow yells, treegoats, doorfangs, hipperlips, and chocopotimuses thanks to us marching down the street shouting racist remarks and telling all minorities to go back to various non-American countries." Then Bill would smash a bottle over the other guy's head because Bill is a filthy negro in disguise (he was able to hide under that dorky white hood that the court permitted them to wear). Also, why would all Klan members refer to each other as "Bill"? At least a few of them would probably have names like "Beufort," "Hank," "Big Jim," and "Pissface."

So that's a little summary of various newsworthy items (according to CNN, at least) in the world today. If you know of some event that happened somewhere and wasn't reported here, that means it is either insignificant, has a link to an evil terrorist organization, or it never really happened at all.

Buy Me Some Peanuts and Cracker Jacks

Hey folks! Zack "Gulp Azimuth" Parsons here with a brand new SA Story Time to wet your whistle. This week's installment is a compilation of those horrible melodramatic sports epics that we all "love" entitled "The Big Game of the Rookie in the Outfield".

Sports-related fiction is a genre primarily reserved for young-adult novels about winning the big game. The adult version of this incorporates all of the elements of its young-adult sibling, usually scales events up to the world of professional sports, and often includes some trite moral message about overcoming adversity or learning to work as a team. Some of them are about a group of misfits who have to be whipped into shape by a new coach, others focus on things like a man with one arm, paralyzed from the waist down, and black in the 1960s who goes on to become the greatest pitcher baseball has ever seen. Almost without exception the entire genre of epic sports fiction is clichéd and horrible beyond comprehension. This is why we're hoping you read this latest SA story time rather than even momentarily consider buying one of these books.

Sounds good to me, and as long as I never have to read another sports related novel again I'll die a happy man. Head on over and die a happy man as well!