After Kevin Smith's failure with Cop Out and his subsequent Twitter breakdown, everyone assumed that the infamous writer/director was two large pizzas away from a complete nervous breakdown. But against all odds, Kevin's hard at work on his next movie: an autobiography about himself, simply titled "Kev." And Something Awful has exclusive access to the first few minutes of what's soon to be the 403rd highest-grossing film of 2012! 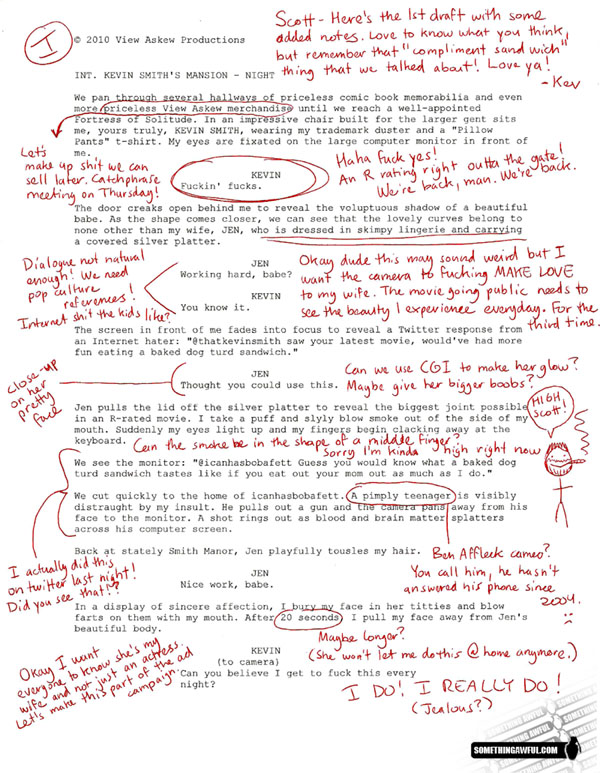