Confronting a revertal of fortune No, the title of this shit ain't literal. Of course I didn't get six girls pregant in one week. In case you haven't heard that's the sort of nintenduendos been circulating about me courtesy of the Palin fucking family. One unplanned pregnancy with an ex-girlfriend and suddenly you're the bad guy. Bristol has cancelled the wedding again and she has gone into defcon whatever it is when she won't barely beat me off while we're talking about custody of Tripp and Tock.

There goes my ticket to mansions and GOP suits made by actual dudes instead of the Chinese ladies at Men's Warehouse and free macdonalds fruit pies from any macdonalds and not just the macdonalds in Palmer where fucking Trina works that thought she gave me hepatitis 3 or whatever but it turned out I gave it to her but I got it originally from renting a tent some lady died in from suicide.

It was when me and Bodie drove up to Fishhook and shot pellet guns at the wilderness survey crew and I might have had sex with a mermaid or an old lady who lives on a houseboat she won in a raffle. Me and her did it in that tent and then when I took it back I said I was feeling all itchy and Roscoe the tent guy said I might have caught a little hepatitis from the dead lady and I got freaked out thinking I had sex with her ghost until I remembered the events of ghost busters are fictionalized. No word yet on Little Mermaid so still a possibility on the mermaid and also unrelated but I know from history channel mummys and UFOs are real.

Anyway, fucking bristol is about ready to get sued for label because she has been spouting off about all kinds of falsehoods.

Bristol tells People Magazine, "The final straw was him flying to Hollywood for what he told me was to see some hunting show but (I) come to find out it was that music video mocking my family," she says. "He's just obsessed with the limelight and I got played." 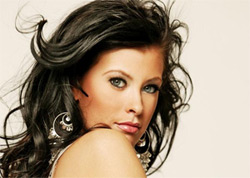 in answer to your questions this is brittani senser, yes, yes, no, of course, two fingers, no, her tits, yes, twice, yes, and sort of like that dude from grumpy old men but in a tuxedoFirst of all way to go People magazine way to destroy a young intrepernures business dealings for your lurbid copy. Also Bristol is straight up lying. Hims flying to Hollywood to be in a Brittani Senser video but the real reason (I) went is there was a party at this place called Broncos where all you have to do is go on stage in all white clothes and all these women have hoses and shoot water on you and you get paid like up to 250 dollars in one night and that's not even including the tips women give you which might have included so many unkempt cougar bjs I had mustache burn in my sex area.

The whole Brittani thing was just a bonus to expand my artistic horizons and I consider it valid to refer to this as a hunting trip because I did hunt that ass and take her down like a ten pointer in a catering truck and blasted her straight to third and three quarters base which my accountant said means I can write off the whole trip as business now. Or no wait that was Tucker and he said it means I can paint another kill stencil on the door of my truck.