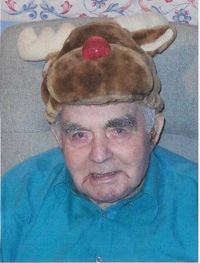 Gentlemen, as stated by company policy, only he who wears the talkng hat may speak.Hello, all. You may be wondering why I gathered you here today in this room full of armed security guards after asking you to clear out your desks using cardboard boxes donated generously through my goodwill. From the look on Johnson's face and that middle finger he's waving so freely through the air -- yes, I can see it, Johnson -- I can tell that at least some of you know why you're here.

But before I go on, I'm going to have to ask that you grant me the common courtesy given to whoever has the floor and please stop with the rude gestures and childish name-calling. I'll have you know I earned this wooden arm through my years of service in the United States Navy, shortly before that whole Pearl Harbor thing convinced me to leave the service to prey on a nation of lonely army wives. Thank you.

Gentlemen, this what I have to say: you're all fired.

Oh, yes. I understand your reactions. If I were you, I'd be sobbing, making empty threats towards my great-grandchildren, and urinating on this large conference table -- Johnson, please stop that. It's behavior unbecoming of my former chief director of sales. Anyway, as you may well know, times are tough, and business is business. If we met under different circumstances, I would consider you my friends. But just last month, after going over our latest financial report, I noticed that nearly 8% of our profits were being thrown away on something called "payroll." After asking Johnson just what this meant -- thanks, Johnson -- he told me that 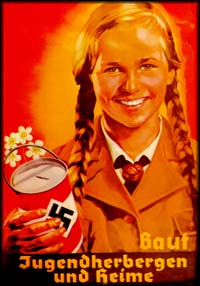 This little image served as the basis for a very successful soup campaign.this whole "payroll" nonsense consisted entirely of money set aside to pay your salaries. Salaries, I might add, that are -- or were -- well above the minimum amount required by our fine state. You're welcome.

I won't disgrace you with lies; things are going to be difficult -- for me. I'm not quite sure what happens in your lives once you leave this building, mostly because it takes place outside my gated community. And, really, I don't care. I'm not even sure what most of you do here all day, which means that I'm going to have quite a few added responsibilities after this meeting. To be honest with you -- and Johnson's inability to put his middle finger down shows me that this is a time for honesty -- I've kind of been phoning it in for the last 30-odd years. I'd show up, smoke a few cigars, nap a little, empty a bottle of scotch, and nap a little more. Oh, when screen savers first came out -- those were fun to play with. Then I went through a sort of crossword puzzle thing. Oddly enough, there was also a five-year period where I wouldn't miss an episode of Supermarket Sweep for the life of me. And there goes Johnson's other middle finger. Wonderful. 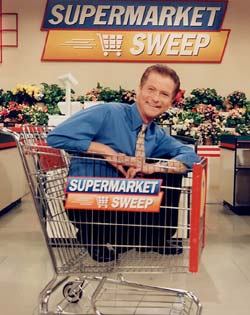 YEEEEEAAAAAAAAAAAAAAAAAAAAAAHHHHHHHHHHHHHThanks to the prosperity given to us by those millions of Americans who were willing to sacrifice their lives and the virtue of their randy spouses waiting impatiently overseas, I was able to found the very company you're being fired from today. Of course, the Fulch name branded many-a company back in those grand post-war days, but we did that back then -- there was so much money around that me and a few buddies started a dozen-or-so businesses and drove them into the ground them just for fun. Oh, and sometimes, we'd take a big bag, fill it with money, and stick it right on the railroad tracks and -- hahaha, excuse me. But you should have seen the look on that sanitation workers face after the 504 Express to Chicago had its way with him! Well, I can see by the looks on your faces that humor's changed a lot since the 1940s.

Before you leave here today, I want you to remember two important things. One, that I honestly appreciate everything you've done over the years, but you have betrayed my trust by willingly taking my money every two weeks -- and some of you for more than thirty years! And two, I've had the entirety of you blacklisted from all major businesses in this industry, for fear that you will sell company secrets to my competitors. You may question how this is possible, but I'm not sure who would hire anyone who was fired from their former job for having child pornography on their computer -- hey, don't ask me how it got there. I fired all of our tech guys earlier this morning. Please direct all questions to the shoving of the large men who are descending upon you. It's time to roll up my sleeves, watch some reruns of Supermarket Sweep, and show this country what it means to run a business!