It's been a while since our last update, hasn't it? After taking over Deathbed Testbed, I brought in an entirely new staff and expanded our scope. My panicked eyes can seek help in any direction and find nothing but infinite desolace.

No longer a simple hardware review site, we are now able to comment on the latest tech stories such as the unveiling of Apple's controversial iPad. I hope you enjoy our team's unique perspective. Speaking of perspectives, this view is something else. I only wish Karen and the kids could see this. Tell them how much I love them. Tell them I'll always be smiling down on them, from somewhere far above. 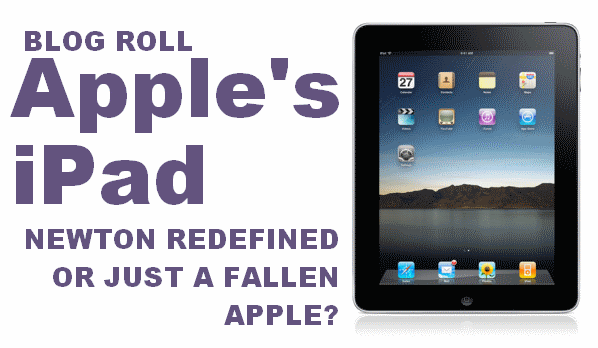 Police Tazing Victim
When the iPad was announced, many die-hard Apple supporters threw their hands up in the air in disbelief. I would have done the same, but as I tried to tell the officer that pulled me over, I have a muscular condition that makes it impossible to lift my forearms up to chest level, much less above my head.

Many had been hoping for something truly revolutionary, but were shocked to discover the device that had been rumored for years was simply an oversized iPhone. I know I was shocked, repeatedly, with 50,000 volts when the officer shouted profanities over my explanations, angered that I appeared to be refusing to comply.

Though there will be some who claim that the simplified nature of the iPad indicates a bold new direction that tech-savvy nerds are unable to grasp, I see it as nothing more than a failure such as the heart failure brought on by this sudden trauma to my abnormally weak muscular system.

A Royal Food Taster Giving His Life For That Of His King
By my very nature I tend to look for the bad in everything. A bottle of wine could hold a deadly dose of poison. An éclair like the one I just bit into could contain a solitary black widow, such as the one that just sealed my fate.

Still, even an eternal pessimist such as myself is dismayed by the overwhelmingly negative reaction to the iPad.

The most oft-repeated complaint is that true multitasking is impossible. Personally, I see that as a bonus. Sure, I understand the appeal of playing music in iTunes while working on a document in Pages and keeping Safari open for fact checking and e-mail. But really, isn't that all a bit much? Focusing on one thing at a time is efficient, like the short path that the venom is taking from the swollen and decaying tissue of my tongue to the base of my brain.

By the way, do you remember the last Apple product that came under this much scrutiny? That's right, the iPod. People dared to question Apple and turned out to be wrong once before, so they should never do it again. EVER. One mistake is all you get. Just look at me.

Explorer Sinking In Quicksand
To tell you the truth, I thought quicksand was just made up for the movies. I didn't think it was real, just as I didn't think Apple would really release a tablet without an integrated stylus for handwriting recognition or some sort of unique operating system that would take full advantage of the device's capabilities.

Artists wanting a portable digital canvas that allows them to do more than fingerpaint on a stripped-down version of Photoshop are left grasping for Wacom Cintiqs just out of their budgets, and I'm buried up to my neck, grasping for a vine that's just out of my reach. Such is life.

I can't see the iPad replacing something like the Kindle, or any number of dedicated book reading devices that use e-ink displays. Prolonged reading sessions with backlit LCDs are comparatively painful, almost as excruciating as the sand grating the surfaces my eyeballs.

I know the iPad will do more than display books, but it won't do anything quite as well as a similarly priced notebook, and we haven't seen anything to suggest that it will distinguish itself in any meaningful way. I'm sure it will fill a niche. I just think that niche will be less of a Grand Canyon and more of a pressing, suffocating womb of agony like the one I find myself in.

Protestor That Set Himself On Fire
AAAHHH IPAD IS SORT OF A STUPID NAME BUT I'M SURE WE'LL GET USED TO IT JUST LOOK AT THE WII!

OH GOD THE PAIN! EEEEEE THE LACK OF FLASH IS DISCONCERTING BUT PEOPLE WILL FORGET ABOUT IT WHEN THEY REALIZE THEY CAN BUY GAMES THAT BECOME COMPLETELY TEDIOUS AFTER FIVE MINUTES ASSUMING THEY LAST THAT LONG SINCE BALANCING THE IPAD ON YOUR LEGS AND BENDING FORWARD TO LOOK AT IT DIRECTLY SEEMS LIKE A PAIN AND HOLDING IT IN ONE HAND FOR AN EXTENDED PERIOD OF TIME WILL GET TIRESOME AS WELL AS MAKE IT DIFFICULT TO CONTROL ANYTHING!

ARRRGH IT WOULD HAVE BEEN NICE IF IT INCLUDED A CAMERA BUT ANY DISAPPOINTMENTS ARE ENTIRELY OUR FAULT FOR EXPECTING TOO MUCH AND GENERALLY BEING UNREASONABLE ALTHOUGH APPLE CALLED THE DEVICE MAGICAL AND REVOLUTIONARY!