Friday, Sep 15, 2006 by Josh "Livestock" Boruff (@Livestock)
The act of throwing a heavy metal ball has long been an obsession for many. "Shot put," as it is known, requires skill, strength, and a heavy ball. It also requires arms. Beyond that I have absolutely nothing to say about shot put, and have probably already written more about it than anyway else in history. This week the Something Awful Forum Goons decided to take a picture of a shot put player in action, and make it ten times more exciting, substituting the player and the ball for more adventurous things. I think it's an improvement, at the very least.

Here is the original image, unblemished by ne'er-do-wells. 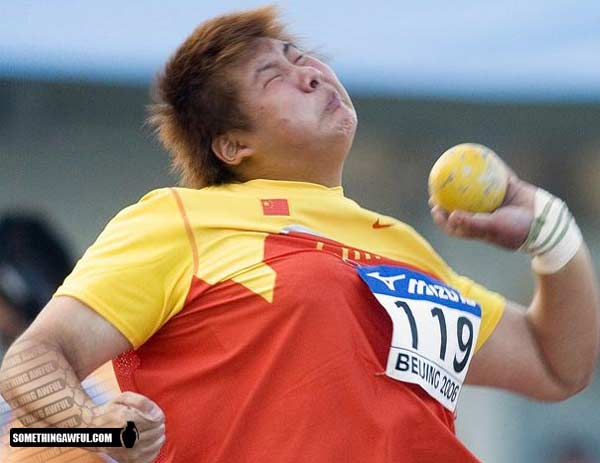 toolfan traveled back in time to 2006 to create this image. 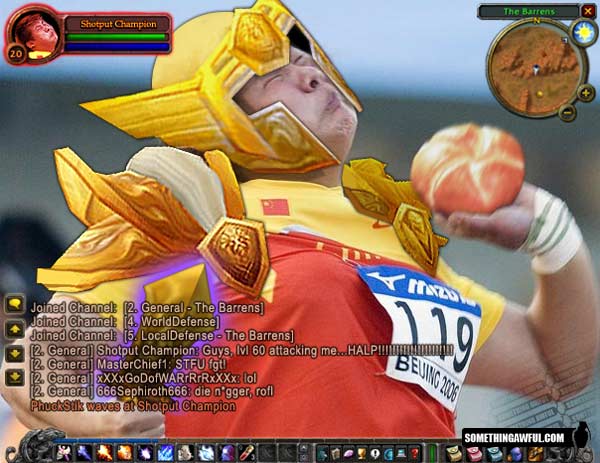 DJ_Flipped plays his childish "video games" just like a child would. 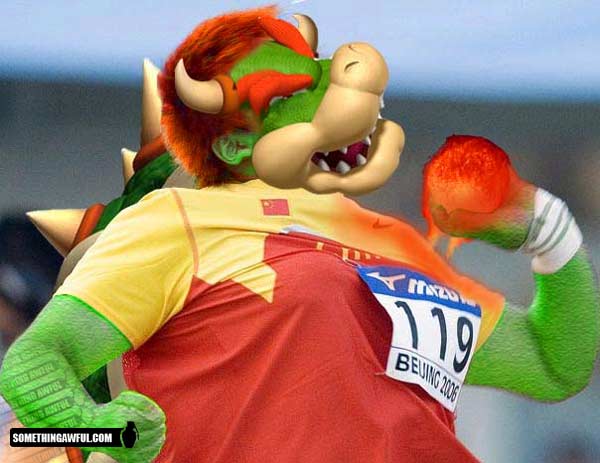 Macaluso foolishly hurls a life-saving mushroom away like some kind of idiotic baffoon. 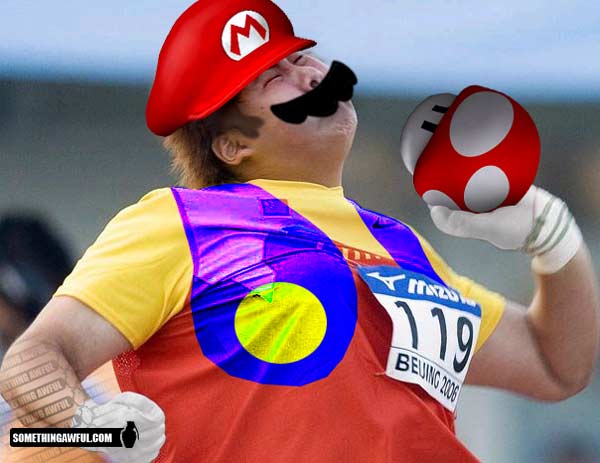