Thursday, Jan 02, 2003 by Josh "Livestock" Boruff (@Livestock)
Aside from country music, war is often regarded as the closest thing to hell that man can create, and justifiably so. Between the massive bloodshed and murder and the needless destruction, war brings out the worst in all of us. But is war really that bad? Well, yes, and that's why I just said so, you dimwit. But it doesn't have to be! With the always tasteful aid of the Something Awful Forum Goons, we decided to make war fun for everybody. You can bet your weight in dead communists that we succeeded, too! Forget about all that horrible destruction, because it's time to relax and have fun at the shameful expense of the people who fought to give us the freedom we simply don't deserve!

This week the Something Awful Forum Goons took to defacing classic war photographs with the aim of making them more fun. Photoshop Phriday regular geno1173 provided this week's theme, as well as a handful of images. All and all, it was a good week for us and a bad week to be a major war, mainly because if you were a war, you now look like a total pussy.

I got things started by throwing a birthday party. Yes, it still doesn't look like fun, but I blame the clown. 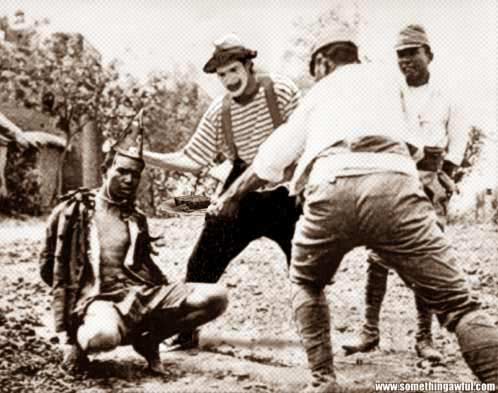 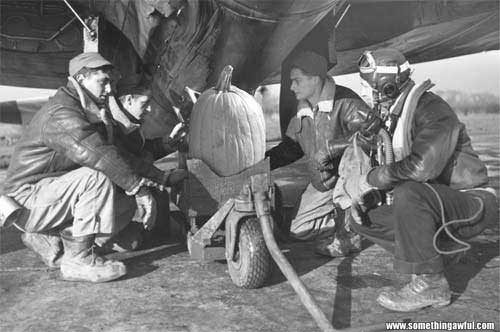 "Mighty Popo" takes us all out for ice cream: 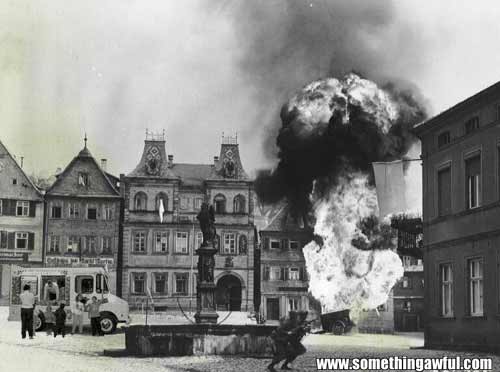 I really don't know what's going on in this "Radnor" picture, but there appears to be a large rooster. 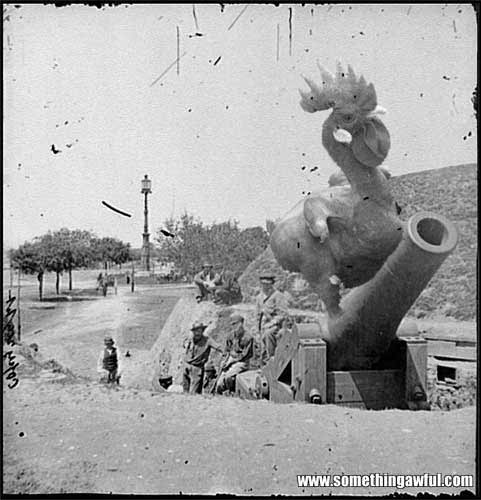 "RipVTide" takes us on an innocent stroll through hell: 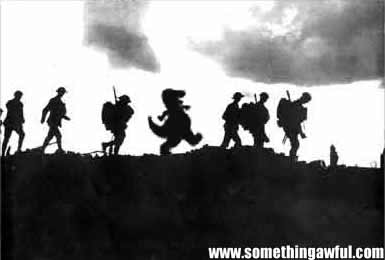