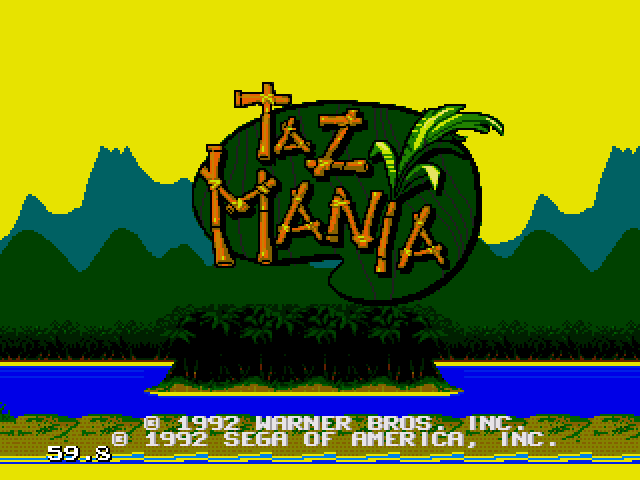 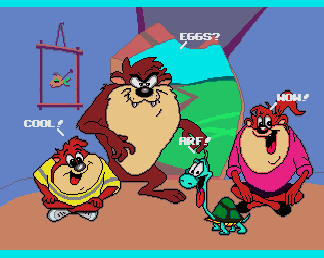 If you knock the poor bitch up next time you're fucking an inebriated farm animal, I hope your mongrel offspring are as easily amused. For their sakes.open with a tear-jerking scene detailing Pa Devil's utter failure as a father, as the most exciting story he can come up with is that "seabird" eggs used to exist "somewhere." Immediately, with no Christly indication of where the fuck on their convict-ridden island they might be found, Taz zooms off in order to locate these smorgasmorgs. So I guess the plot of the game is that a) Taz is stupid and b) Taz is a lardass. However, I give it four stars because at least I'm not saving the world or rescuing another princess with the IQ of soap.

Gameplay: Taz's repetoire of mayhem consists of eating, spinning, and jumping. I would assume that the eating or spinning -you know, his trademarks- would feature more prominently, but no; you are expected to utilize Taz's comically long jump to hit platforms so far off screen I expect that, when and if I land, it will be somewhere in New Zealand.  Missing -which you'll do a lot- will always result in death, whether instantaneous or self-inflicted from having to climb up all of that shit all over again.

Taz can also eat things to gain powers--wait, only one will give him one power, and everything else gives him exactly the same number of points. You have to hit one button to grab it, then a different one to eat it, which is a 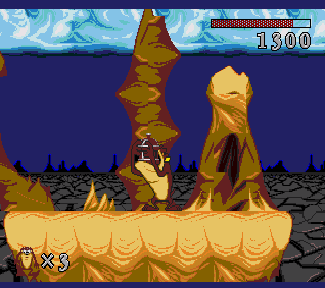 What gamers know best!little cumbersome but not fury-unleashing until the first time you stumble upon a bomb which the game makes you chow down on automatically, taking half of your health.

Taz is not a Rhodes scholar. Then again I've been subjecting myself to this shit for half a year now so I'm in the same boat. I would like a cartoon franchise now please; maybe you can put my face on little decals for truck flaps.

Graphics: It's one of those games where the graphics shouldn't be rage-inducing, but they somehow make you want to cram the monitor down your throat and spin around til you kick some ass. Or vomit. Protip: Put some outlines around your drawings. It's EXTREME (and safe, Mom!) fun for the whole family! Except your family can't even operate a typewriter, much less a video game controller. Shigeru Miyamoto is an insane fool.

Sound: I've complained about midis in games before, but that was before I'd heard someone with a boner for brass get his hands on a Genesis sound chip! I guess the sound effects sound like trumpets in some circle of Hell, but to me they just sound like violating inter-dimensional demons with a harpsichord. While falling down an escalator in a trash can. FOREVER.

Fun: It seems I have to put on my detective cap to figure out what's incredible about this game, because the intellectual powerhouses over at GameFAQs.com have given it a 7.7/10. Could it be automatically eating 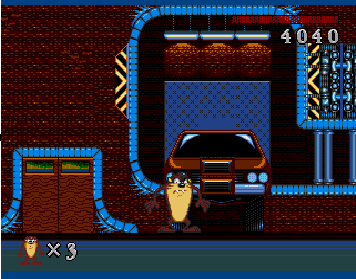 What the fuck is all this shit?things that lead to a colonectomy bag? What about the leaps of faith to certain death? Or is it the utter lack of a learning curve? I suppose the only thing I can deduce is that I hope GameFAQ readers get facial tumors!

Defining moment: There might have been a joke about Taz hating water in the cartoon -then again, there may not have been, because it was 101% forgettable. Regardless, Taz takes damage when he hits water -but you still have to hop over the crowns of it, ride it, etc. If you hit it perfectly, it won't damage you, and will transport you to places you need to go.

Every once in awhile, however, it gets its period and just smashes your skull against some pointed rocks. Game Over!