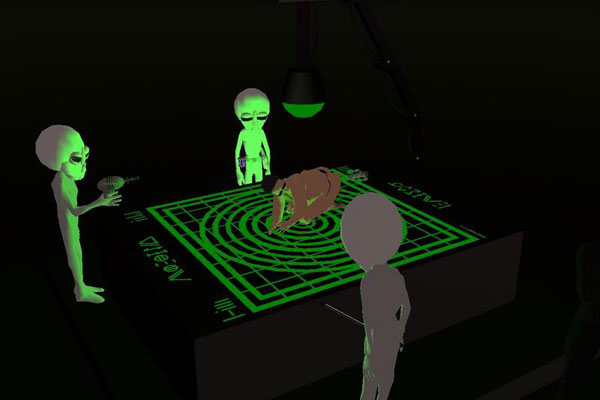 In the proud tradition of their forefathers... 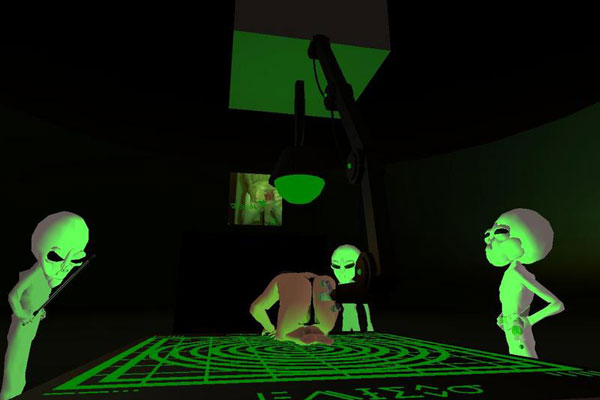 ...these Bakunian biologists pried useful information from even the most anal-retentive subjects. 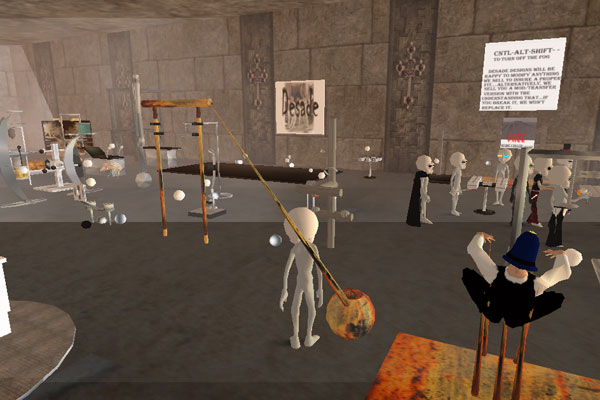 Meanwhile, in an newly-constructed chamber elsewhere in the cavernous belly of the mothership... 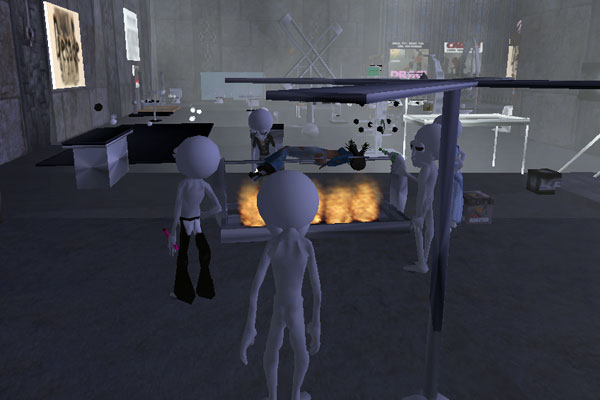 ...other Bakunians were testing the physical limits of Earthlings. 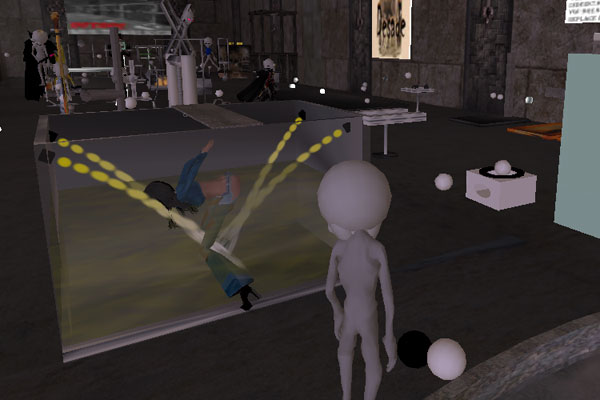 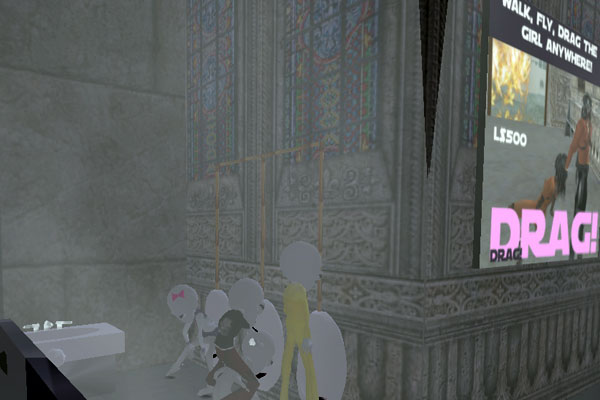 They were quite easily contorted into the most unnatural positions... 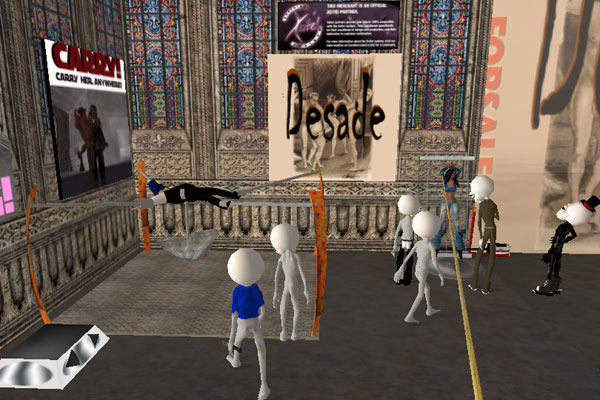 ...and were quite susceptible to physical pain, a useless sensation that Bakunians had discarded eons ago. 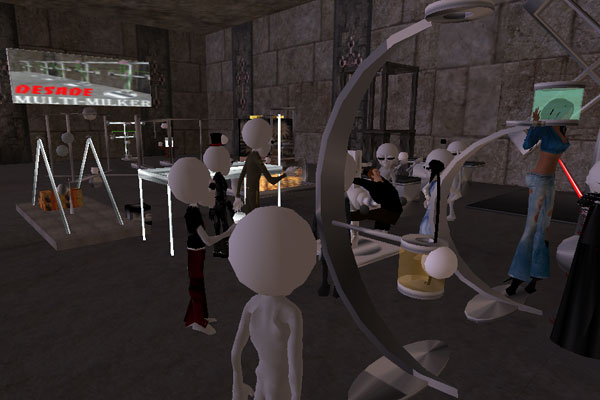 But regardless of their shortcomings, the art and culture of these Earthlings would surely prove to be an amazing resource for Bakunians everywhere. 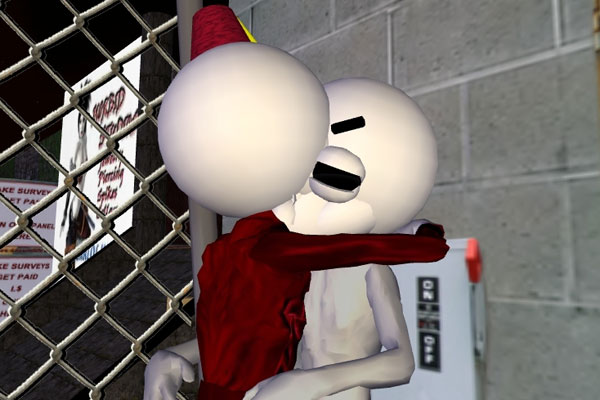 And the people of Bakunia felt something they had forgotten for millenia--joy.

Is this legend true or false? Fact or fiction? All that remains is a single film, purportedly left behind by the Bakunians as a chronicle of their adventures on Earth. Its validity? You be the judge--if you are still so sure of your sanity here in the Second Life Safari.