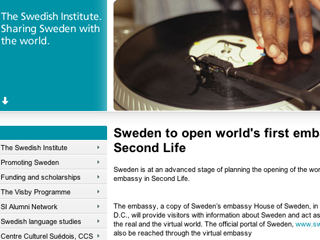 Sweden _fcksavedurl=When recent reports revealed that the Swedes, in yet another desperate bid for global hegemony, plan to establish an official embassy in Second Life, I must say I was disappointed.

Surprised? No. Sweden has always been the most ferocious state in Scandinavia, a notoriously warlike region overflowing with lake trolls and high taxes. After all, the Sun refuses to shine in the Arctic for six months out of the year not because of any submission to science but out of fear for its celestial wellbeing. The Sun knows the last race to challenge the Swedes directly saw their legacy reduced to gummy candy, and thus it wisely and assiduously avoids unnecessary incursions into the region.

I was, however, disappointed by their disingenuous wish to share Sweden with the world.

Now, I'm not upset that Sweden wants to share with us. It has plenty of good things to give, like delicious meatballs and bicurious women and delicious bicurious women. Moreover, one would think that the nation from whose legally lax loins the Pirate Party sprung would know how to share. 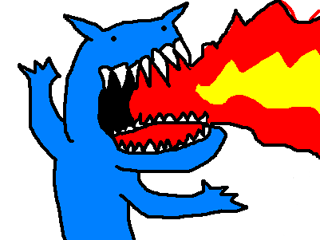 But instead of food or women or bootlegged copies of The DaVinci Load we get a virtual version of the House of Sweden? Sweden calls it the "crown jewel of the Swedish presence in America," but really it's nothing more than your typical Washington D.C. glass and concrete shitbox, except that it's staffed by preternaturally attractive blonde women whose coital ululations have the power to summon Nordic ice demons from eons of infernal captivity.

To be fair, our own politicians fall prey to the siren's song of Second Life even without the intoxicating atmosphere of an aquavit-fueled welfare state: Nancy Pelosi and and George Miller both have Second Life accounts. From a pragmatically political standpoint, furries are a tremendous untapped constituency, and if the atomic energy of yiffing can be harnessed by a politician he could ride its bucking fursuited back all the way to the White House. But what sane campaigner would risk his success on a video game alarmingly full of social and sexual deviants?

Cue John Edwards. As you may recall, back in 2004 America watched this Senator's boyish good looks and profound political acumen propel him to the New Hampshire Democratic Primary. Sure, he finished in fourth place, garnering only 12% of the vote, but it was against a stiffly competitive field featuring a melting wax statue, a golem, and a screaming lunatic. Hell, even the Obaminable Snowman riding one of his coke highs could hardly hope to acquit himself so well. 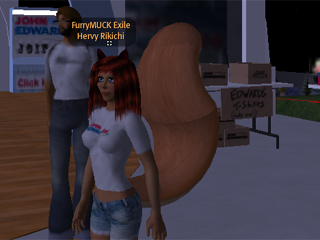 Anyway, our young friend John has built himself quite the little virtual empire. What's more, his Second Life headquarters are conveniently located next door to a virtual casino. That way, if gambling on his candidacy doesn't slake your thirst for losing bets, you need exert hardly any effort to waste more time and money at the Hillieword Casino.

Think the introduction of political campaigning into an MMORPG is stupid? It gets better.

Now, one of the most common criticisms of modern politics is a perceived inability or unwillingness to address important issues directly. Politicians fall prey to pork, and constituents often ignore actual problems in order to concentrate on more sensational and totally baseless conspiracy theories. The problem of hyperbole is not limited to MMORPG's.

Still, I think rationality reached a new low last month when Mitch Kapor--founder of Lotus, the E.F.F., and Chair of the Mozilla Foundation--told a British newspaper that "Second Life could help the world reduce its carbon footprint if more chief executives followed IBM's example and used the virtual realm for corporate meetings instead of flying their directors around." OneWorld, an organization dedicated to fighting global warming, chimed in with a press release of its own, advertising the "world's first carbon-free international meeting on climate change." 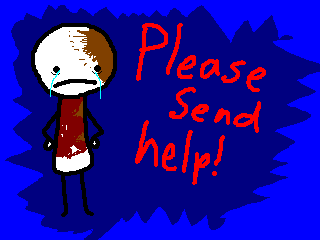 Ethiopians are very efficient at dying in droves

If those claims of carbon-neutrality were true, it might suggest a legitimate argument for the adoption of Second Life by environmentally conscious businesses, and I might be left without a snide remark for once.

Luckily for me, it turns out that not only does Second Life have an tremendous environmental footprint, but that avatars consume significantly more electricity per capita than people in most developing countries.

That might seem obvious, since I don't know a lot of starving Ethiopian children who turn to the tube between bouts of ebola. So maybe it's more shocking to note that operating an avatar for a year produces as much CO2 as driving an SUV for over a thousand miles, and that a single acre of virtual land produces 99 tons of carbon emissions per year.

If I have my calculations correct, that makes Second Life the second largest producer of wasteful emissions in American entertainment, right behind Rush Limbaugh. But I guess that's what happens when you average one server per every two active users. 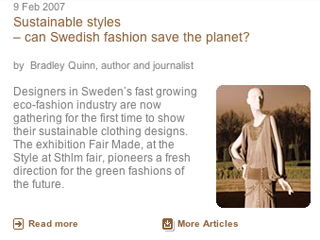 So, it seems that Second Life is not as environmentally friendly as its adherents would have us believe. And who is a major proponent of green engineering in Second Life?

Tell me, is nothing sacred? Are we powerless in the face of their Aryan might?

I fear, my friends, that these latter day virtual Vikings have learned the art of subtle incursion, and by the time their insidious plans are obvious it will be too late to stop them.