We all have a dream game that we'd give anything to play. Maybe it's a completely open ended Baldur's Gate-style rpg set in the wild west, or maybe it's something far more captivating. Many developers have their own dream games too, the projects they would love to work on themselves if time, technology, and money weren't a factor.

Warren Spector (System Shock, Thief, Deus Ex)
I'd make a game with so many choices for the player to make that no one would be able to leave the first room. You could do anything, from kicking down a door to seducing it or using magic on it so it's no longer a door but a plant or something. You could even open that door by using the doorknob. But before you even get to the door you need to decide how to walk. You could strut, or march, or hop on one foot, or crawl. It would be entirely up to you. You would choose the time period the game takes place in, what your character looks like and how many strands of hair he or she has, what other people look like and how they talk to you, and what the story of the game is. I want people to have so many decisions to make that they become intimidated to the point of freezing up in terror.

Also there'd be a dragon in there somewhere.

Richard "Levelord" Gray (map artist for Duke Nukem 3D, Quake, Sin, Alice, Heavy Metal: F.A.K.K. 2, Sin: Episodes)
In my game your hand is horribly small, yet infinitely large at the same time. Everything else is a blur. Nothing else really matters. The hand is all that remains and you can't stop looking at it, you know? If you close your eyes it gets so much worse. You've got to sit there and look at this hand, and consider the implications it has on the universe as a whole.

Shigeru Miyamoto (Super Mario Brothers, The Legend Of Zelda, Metroid)
I'd probably just shovel out a World War 2 shooter and call it Brothers Of Heroes or something.

George Broussard (Duke Nukem 3D)
I think it would be sort of neat to revisit that shooter we did in the early 90's. We what? Oh god. Oh dear god. Marcy, eject everyone from the cryogenic chambers! Brief them on the war in Iraq, 9/11, and the closing of Sega's hardware division then bring them in here. We're having a staff meeting.

Marc Ecko (Marc Ecko's Getting Up)
Oh man, you have no idea how big of an impact my game would have. This whole industry is going in the wrong direction. No one knows what they're doing, it's whack. My game would change everything, expose the hypocrisy, show the evil inherent in the corporate/political system (since they're both the same really, I mean think about it), all that. It would be a kart racer. You would race against a bunch of corporate drones and spraypaint shit like "POLITICIANS SUCK" and "DOWN WITH CAPITALISM" on their kart as you pass them. With the money you'd win, you would be able to buy Ecko gear for your avatar to wear. 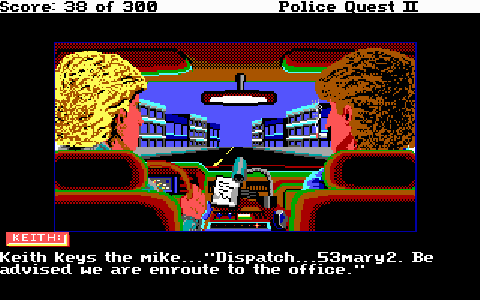 Metal Slug Anthology
More slugs than you can shake a salt shaker at, more Wii remote control setups than anyone will ever actually use. 7/10

Far Cry Vengeance
This game is so ugly and blocky that you'll probably be too busy laughing and/or dry heaving to pay attention to how horrible the AI is, which is good because then you won't even notice the fact that the multiplayer mode only allows a total of 2 people to play at once. 3/10

World Series Of Poker: Tournament Of Champions
Somewhere in the middle of this horrific experience there's a poker game, but the same can probably be said for prison and Atlantic City. 4/10

Elebits
Move furniture around and zap bizarre beings who hide behind every corner in this perfect gift for your paranoid interior decorator friends. 8/10

Super Swing Golf
Accurately portrays the frustration of golf, and not much else. 6/10

Full Auto 2: Battlelines
The most unnecessary sequel of the 2000's barely lives up to the very low standard set by its predecessor. 5/10

Star Trek: Legacy
Command your own Starfleet ship through dozens of tactical encounters while slouching in a comfy chair and absently picking at your belly button lint, just like William Shatner. 7/10

History Channel: Civil War
I've been waiting for a good Civil War game for years, so I guess I can keep waiting. 4/10

Eragon
This is what happens when everyone at the office works on a game for 2 months then decides to have pizza parties every day until the budget runs out. 1/10

World Championship Poker Featuring Howard Lederer: All In
Howard Lederer is basically the Shaquille O'Neal of poker, and this is the Shaq-Fu of video games. 4/10

Desperate Housewives: The Game
This actually manages to capture the feel of the show pretty accurately, which is not really a good thing. 4/10

Silent Heroes
If a silent hero falls in a bland game, does any hear it? 5/10

Happy Feet
On the bright side, soon they'll start to run out of animals to base computer animated movies upon. 2/10

Dominions 3
The deepest and most complex strategy game that no one in their right mind will play. 8/10

Flyboys Squadron
I would like to file charges of false advertising, as I didn't see one male counterpart to the dancing girls from In Living Color, let alone a whole squadron of them. 3/10

Sonic Riders
Not homosexual as the title implies, but very gay. 5/10

Delta Force: Black Hawk Down: Team Sabre
A rerelease of an expansion pack that was released two years ago on the pc, now with content removed to make the plot incoherentiffic! 4/10

One Piece: Pirates Carnival
If being a pirate means playing assy minigames like this, I might have to rethink my future and go into Being Eaten By Wolves. 5/10

Eagle Eye Golf
If you liked Hot Shots Golf and want to make your own golf game but lack the talent to do so, you were probably on the team who made Eagle Eye Golf. 3/10

Eureka Seven - Volume 1: The New Wave
The fact that this is volume 1 implies that more are coming, which means that now is the perfect time to become shipwrecked on a deserted island for a few years. 3/10

The Sopranos: Road To Respect
The road to respect runs through the valley of licensed cash-ins and directly off a cliff. 3/10

Bionicle Heroes
No no no, it's robots like the ones in your game that are made to perform repetetive tasks for hours on end, not players. 4/10

Harley Davidson Motorcycles: Race To The Rally
If this is what being a biker is really like, I'd be pissed off and ugly too. 1/10

Metal Gear Solid: Portable Ops
Have a snake in your pocket and be happy to play it. 9/10

Online Chess Kingdoms
Chess is fun, but let's try to move away from the medieval/fantasy themes and place the game in a more suitable setting, like a monster truck show. 6/10

Battlezone
Driving tanks and shooting is fun, but beating a game milliseconds after pushing "Start" isn't. 6/10

Blitz Overtime
In the time it takes to load a stadium, Shawn Merriman will be caught with steroids and get voted into the Pro Bowl four times. 4/10

Brothers In Arms: D-Day
I've never fought in a war but I have fought the horrible controls and infuriating AI of this game, and I will never be quite the same man again. 5/10

Cartoon Network Racing
The only good thing about this game is that there are no Adult Swim characters to be found. 2/10

Platypus
The same amount of creativity that went into coming up with the title went into making the game itself. 2/10

Pocket Racers
This boring and unoptimized racer displays less frames per second than a photograph of a turtle frozen in a glacier. 2/10

Warhammer: Battle For Atluma
A card game with indecipherable cards, this is obviously another instance of Big Optometry trying to make people develop eyesight problems and buy glasses. 3/10

Castlevania: Portrait Of Ruin
Another great installment in the series, but I think there have been more Castlevanias on Nintendo's handheld systems than there are castles in the world. 8/10

Pokemon Ranger
Capture Pokemon by furiously drawing circles around them, then furiously scribble your signature on a check as you replace your DS because of a scratched screen. 7/10

Star Wars: Lethal Alliance
The most puzzles and action the Star Wars universe has seen since Lando shut down the Crossword Puzzles N' Spacesluts Cantina. 7/10

Spider-Man: Battle For New York
The fact that you have to switch off and play secondary characters in recent Spider-Man games can only mean one thing: Spidey is pregnant. 7/10