Lord Of The Rings Online: Shadows Of Angmar Beta Test

Greetings, beta testers! With the help of your continued input we have been able to locate and resolve a number of issues while introducing additional content into the game. As Lord Of The Rings Online draws nearer to release, we encourage you to keep reporting any bugs you encounter. 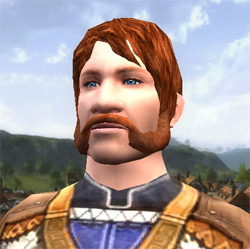 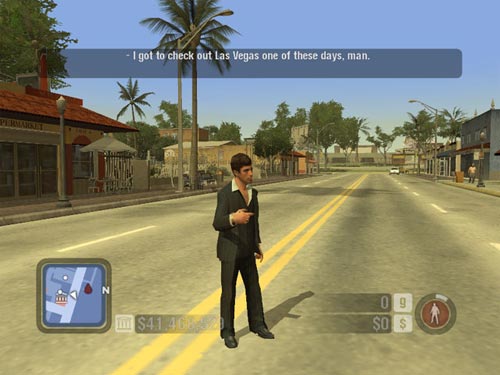 Game: Scarface: The World Is Yours
Submitted by: GUI

WarioWare: Smooth Moves
The most fun you'll have while looking like a complete idiot outside of your bedroom. 9/10

Lost Planet: Extreme Condition
Snowstorms of death and gigantic evil bug aliens; this is why I hope global warming isn't just a theory. 8/10

World Of Warcraft: The Burning Crusade
Ten new levels to power through as quickly as possible without taking the time to enjoy the journey, two new races to overpopulate servers with, one great way to keep people playing for another couple of years. 8/10

Europa Universalis III
If I had known that looking at a map could be this much fun, I wouldn't have organized all those "Down with cartography!" protests in college. 9/10

Deal Or No Deal
A fascinating meta game that you instantly lose by taking what's in the game box instead of holding out for another game. 2/10

Sam & Max Episode 2: Situation: Comedy
Sure there's only like 45 minutes of new content, but that's got to work out to at least 4 dog hours and 12 rabbit years. 7/10

Rogue Galaxy
It's like Star Wars meets Japanese rpgs, only it's not named Final Fantasy XII. 8/10

The Shield
An ugly and pointless game that misses its potential almost as much as Michael Chiklis' character missed the ethics classes during his police training. 2/10

Drive To Survive
Too many car wreck analogies to choose from... head... spinning... 1/10

Xiaolin Showdown
A fighting game that screws up everything that it attempts while it treats you as though you're the idiot. 2/10

Mini RC Rally
You can barely see your car due to its microscopic size and the camera angles that are as bad as those found in a Sci-Fi channel movie, but even if you could see what was going on the gameplay would make you want to drive directly into the nearest wall that the camera would probably clip through. 0/10

Micro Machines V4
Yet another racing game with tiny cars, but this one is only mildly unpleasant and annoying. 5/10

Hotel Dusk: Room 215
Crime noir and room service go together like trouble and dames, or peanut butter and dames. 8/10

March Of The Penguins
Surprisingly, a video game based on a documentary about penguins walking failed to be fun. 2/10

Phoenix Wright 2
I object to waiting so long to play this, and to ending an article with such a horrible pun. 8/10