THE NEWS MAGAZINE OF THE COMPUTER SCREEN! 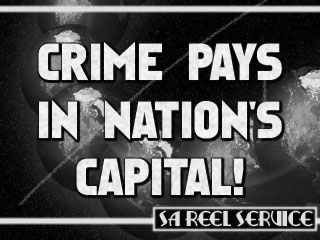 Today waves of shock and tribulation echoed throughout the corridors of Washington, D.C. as the masked bandit Scooter Libby was let off the hook for his high crimes and treason! The defiant Washington Fat Cat snarled at the already beleaguered press corps, causing them to cower like scared mice in the damp cubbyholes of D.C.!

One reporter cried to anyone who would listen while fleeing for safer ground. "No man is safe when lawlessness reigns!" whimpered the craven newsman clutching his possessions in hand while boarding a boat bound for Canada!

The shamed agent for the administration was caught leaking sensitive information on rivals to the public, putting America's fighting men and women in harm's way! The scurrilous mastermind, one Karl Rove, remains at large, twirling his mustache and crumpling lives and liberty in his gloved hands!

Next up for Scooter Libby? "I'm going to steal the Hope Diamond" brags the unscrupulous malefactor. 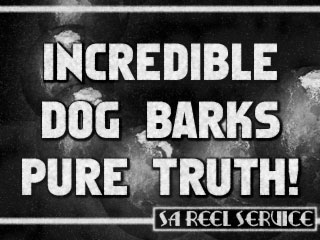 Skeptics everywhere are biting their tongues at this incredible pooch, Skipper, the dog that barks pure truth! "Bow wow" no more, scientists are saying.

The British pooch is turning heads and popping monocles with his monologues on the nature of man, life, and the universe.

"Skipper's roofs are the height of reason!" raves one scientist, frantically scribbling notes on a blackboard.

What's the word, Skip? "GOD IS DEAD!" barks the peppy wonder. He's raising such a stir that the Prime Minister himself stopped by to deliver a gift - the prized femur of Margaret Thatcher. The two played fetch for hours in Greenwich Park until the canine champion was called back to his laboratory doghouse for more work.

"He's a smashing pooch!" boasts the British bigwig, so moved by the truth that his eyes, ears, and mouth were spraying blood everywhere.

Looks like reason and wonder have gone to the dogs! 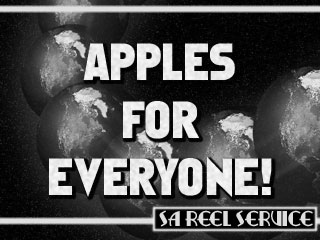 The Apple Baron is up to his old tricks! To celebrate his greatest harvest ever, the reigning Washington State Apple King George "Apple King" Adams is offering up 360,000,000 apples free to all Americans! The apples will be dropped from planes on cities and countryside over the next few weeks. He expects his campaign to be a raging success and will monitor progress from his bunker beneath the Columbia River.

No word on where all the doctors will be hiding! How about them apples?!?!