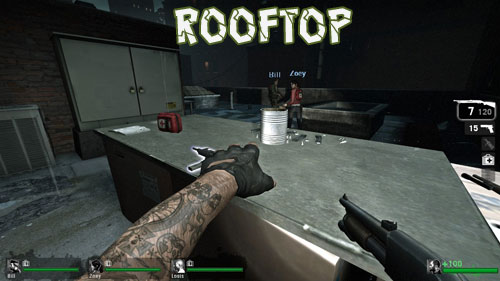 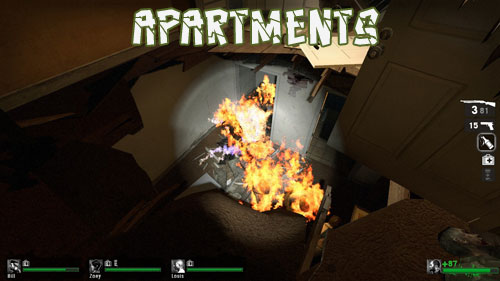 While descending through the apartment building, you experience your first face-to-face encounter with true horror: carpeting from the 1970's. Just stick to your friends and keep moving. The nightmare will be over soon enough. 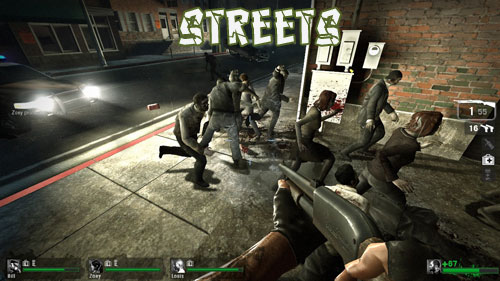 Emerging from cramped hallways into an open space is something of a relief, but it also means there are more blindsides to be flanked from. Take great care around parked cars, since setting off their alarms will alert crowds of civic-minded undead who take great offense to auto theft. 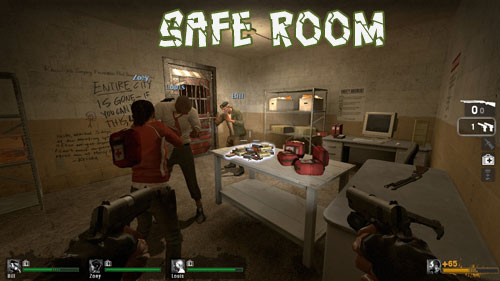 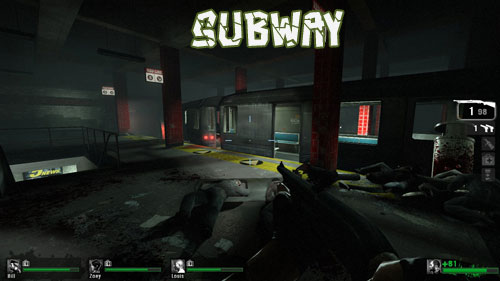 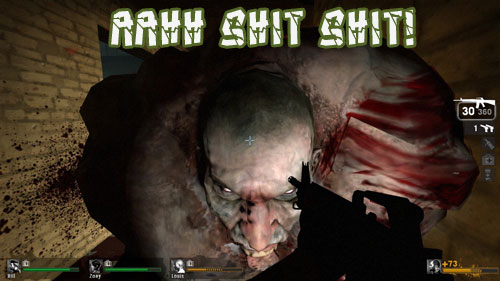 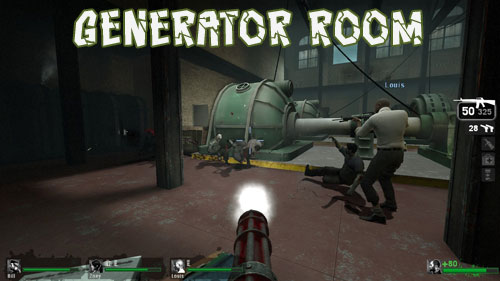 Press a button, then watch in awe as a mechanism that pumps out 500 decibels of sound raises a security door at a rate of one inch per hour. Man the nearby minigun and fend off wave after wave of undead until the door opens, giving you access to the final safe room that serves as the demo's finish line. Congratulations, you've just - wait, who forgot to close the door? No, I'll get it. No, stop. Okay, you get it. Hello? Screw it, I'll get it. You just opened it before I could -

Gears Of War 2
Bigger and badder than the original in so many ways that the camera has been completely obstructed by your character's muscles. 8/10

Legendary
Funny, the game promises to feature the most legendary monsters in history but the game's creators are conspicuously absent from the bestiary. 2/10

Rock Revolution
What it lacks in, well, everything that makes Rock Band and Guitar Hero enjoyable, it more than makes up in cutting edge BLOOM LIGHTING. 1/10

Valkyria Chronicles
Any hate that you might have for anime is easily offset by recruitable characters with bizarre personality traits, such as the antisocial sniper that don't shower and wears fancy underpants. 9/10

The Legend Of Spyro: Dawn Of The Dragon
I thought the series came to an end in the original Playstation days, but least PS3 owners finally have a dragon game that's better than Lair. 5/10

MySims Kingdom
If someone had approached Will Wright eight years ago and told him that the Sims franchise would morph into medieval adventure games featuring superdeformed characters and motion controls, he would have pushed you in a pool and taken away the ladder, then went back to figuring out how to make Spore without actually simulating ecology. 5/10

Star Wars The Clone Wars: Lightsaber Duels
The game you dreamed about when the Wii was first unveiled is nothing like this. 5/10