The mainstream music industry has a long history of dipping into the underground for inspiration, and 2007's spate of high-profile reunions continues this tradition in high style. It was almost two years ago when I wrote Indie Goes Broke, in which I discussed the post-Pixies wave of mediocre indie reunions: Dinosaur Jr., Gang of Four, Slint, House of Love, etc. Today, we're faced with an even bigger surge, this time involving quite a few million-selling acts 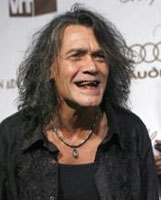 Time Apart: 22 Years, although the Van Halen name continued unabated (and unwanted) after Roth's departure. A string of singers attempted to fill Roth's shoes, most notably Sammy Hagar (you know you're in a heap of trouble if the words "most notably Sammy Hagar" appear in your band's bio). A studio reunion in 1996 produced two new Roth tracks as a sales booster for a "Best Of" album, but this is the first reunion tour since his departure.

Reason for Breakup: David Lee Roth is an asshole; the rest of the band are assholes. In other words, I don't know.

The Roth/Van Halen tour is the Chinese Democracy of reunions: just when they say it's finally gonna happen, they pull the rug out from under us. But, at this point, we're not even standing on the goddamn rug anymore. The Chinese Democracy comparison is apt on several levels, since both projects passed their window of relevance ages ago, and the only people who care anymore are middle-aged heshers and classic rock DJs.

Talk of this reunion was far more stimulating a decade ago, when we still watched MTV and Van Halen and Roth didn't look like they just walked out of a "whose grandpa can do the most meth" contest. The reunion would have been cynical and corporate even a decade ago, but now it's just a sad inevitability, like knowing that your parents are going to die. It's hollow, it's un-rock, and it's completely toothless. Literally. Check out a picture of Eddie smiling sometime.

Anyway, the plodding of fate brought the reunion close at hand once more, but it's now on hiatus again due to Eddie's rehab. Whatever. I'm just going to pretend they reformed and turn the page. 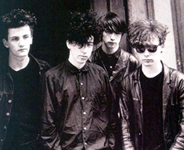 Factbox: The Jesus and Mary Chain The brothers Reid took the gloom world by storm with their noisy records and fluffy hair. For a time, they were the pinnacle of underground cool, until their records entered an ever-contracting gyre of mediocrity and sameness. Far more useful as a namedrop than as a band. JMC reunite at Coachella '07, where the audience will say "jeez, the Black Rebel Motorcycle Club has aged terribly." 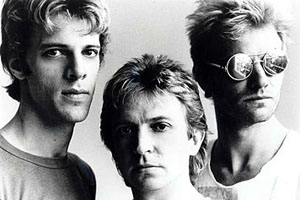 Reason for Breakup: Sting wanted to pursue a solo career, and unfortunately for the world, he did. The band never officially "broke up," but I can only assume that each successive easy-listening barf-o-rama from Sting made the prospect of reunion more and more shameful to the other members.

Reason for Reuniting: God only knows. It must have taken some kind of miracle, and possibly the aid of heavy machinery, to drag Sting out of his own butthole. Oh, and money.

After all these years, the Police still have the same magic that they had in their prime: none whatsoever. Even before the world knew that Ace Face was actually a hideous new-age tantric jazz hippie, it was perfectly possible to hate him for being the frontman of one of the dullest groups of the 80s. His mom-friendly reggae inflections combined with the band's annoyingly competent musicianship to create five LPs of declawed, phony new wave pabulum for yuppies, critics and girls.

Now that we know that Sting dreams of blue turtles, lies in fields of gold and performs with Yo-Yo Ma at the Olympics, there is not a single reasonable excuse for not hating him. Why should we care that he's rejoining his band and returning to his rock roots? His rock roots sprouted into a majestic oak of crap, the horror of which no musician alive can ever hope to match, unless Dave Matthews gets blasted with radiation and mutates into an atomic superpussy. Fuck the Police.

Rage Against the Machine 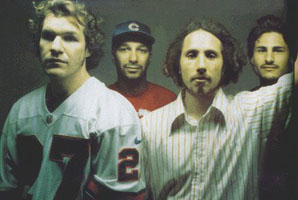 Who's Reuniting: Zack de la Rocha returns to his former band, fresh from their split with Chris Cornell.

Time Apart: About 7 years, during which America descended into the right-wing hellscape that we see around us today. Thanks a lot, guys.

Reason for Breakup: Nobody can be that serious for that long without cracking up.

Reason for Reuniting: Audioslave is kaput (thank heavens), Zack de la Rocha has done sweet F.A. for the past seven years… so why not?

Dust off your vaguely-comprehended Guevara t-shirts, collegiate trust-fund Rastas: Rage is reuniting to play Coachella! Those who hunger for the dry, chewy bran of farm labor protests and Latin American political struggles can once again fill their bellies with the words of Zack de la Rocha, who is desperate to tell you everything that's wrong with the world and exactly who you can throw bottles at to fix it. Fans of Tom Morello, the human pickup toggle switch, can once again hear the subtly showboating buzzsaw antics that grew so very, very tiresome all those years ago. 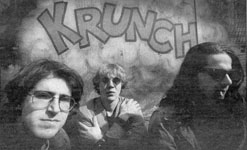 Factbox: Sebadoh It's reunion number two for Lou Barlow, who made the Indie Goes Broke column by reuniting with J. Mascis for an entirely superfluous Dino Jr. jaunt. This time, he's back together with his old homeboys Jason Lowenstein and Eric Gaffney. For those of you who have never heard Sebadoh (i.e. 99.999% of you), this reunion is actually a step down, since Lou Barlow is the only halfway decent songwriter in the band and he's putting aside a solo career to let these two dorks drag him down, all in the name of nostalgic sentiment and/or money (really puts the "d'oh!" in Sebadoh). 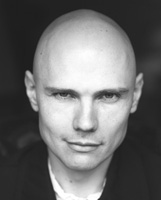 Who's Reuniting: Billy Corgan, Jimmy Chamberlin (the drummer) and… uh… nobody knows who else. Maybe just Jimmy and Billy, in which case the reunion contains exactly as many Smashing Pumpkins members as Corgan's solo album did. Which doesn't matter, since he always played nearly everything on the Smashing Pumpkins' records anyway…

Time Apart: The band has officially been dissolved for 7 years, although Corgan and Chamberlin have been split up for a whopping zero years.

Reason for Breakup: Descent into irrelevance after two underperforming albums.

Reason for Reuniting: Corgan's solo record sold approximately 28 copies, most of them to Corgan's family, friends, and cats. Maybe resurfacing with the Smashing Pumpkins name will give his career the boost it so desperately needs. Maybe he forgot how poorly Machina fared. Also, money.

Billy Corgan is finally ready to pop that big ol' cue ball of his out of the corner pocket into which he was unceremoniously scratched by America, and we couldn't possibly be less excited at the prospect. Corgan has miscalculated the structure of rock and roll myth to an embarrassing degree, and now he's attempting the ultimate folly: a comeback on a low note.

After the beeping gothic burble of Adore, the few remaining Smashing Pumpkins tolerators were cautiously optimistic about the return-to-rock followup, Machina, which turned out to be a grotesque, hyperproduced art-rock turd. Wisely, Corgan "split up the band" (a curious proposition, since he is the band), returning three years later with the universally ridiculed prog supergroup Zwan. After a go-nowhere solo album, Corgan put an out an ostentatious full-page ad saying he wanted his band back. Why the ad, Billy? The band is you. Were you worried that you'd forget that you wanted to cash in what little currency your former band's name holds?

"Oh, I wonder what's in today's paper… oh yeah, I nearly forgot, it's this big gay full-page ad about how my solo career was a miserable failure! Guess I'd better call Jimmy, the drummer, so I can hold up some flimsy charade that it's a 'reunion.'" 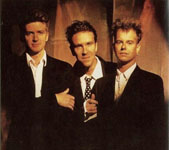 Factbox: Crowded House
Hey now. We dreamt it was over, and it was a good dream indeed. Aussies with incredibly tall heads, Crowded House crafted dull pop songs for old people for quite some time before pissing off. They're back. Go tell mom, she might care. Oh, ignore the one on the right in that picture; he's dead.