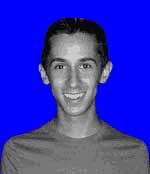 Phubuh,You're overanalyzing things. Most people are so caught up in their own dumb lives that they won't even notice if you shake a dead possum under their noses, etc, and more very obvious things that you most likely will not do. They certainly don't notice if you have your head down or whether you are looking at them for a split second longer than you assume you are "supposed to look." They don't have stopwatches to time your eye contact length. They're probably all caught up in getting from place to place or thinking about something stupid such as how they have to get home so that they can test their build-order strategies for Night Elves on the Stromguarde map.I suppose that when I am walking in a crowd of people I look at them all as much as I can because I think that people are really interesting to look at. Sometimes they look back, sometimes they don't notice. Either way, it's no big deal and I don't let it affect me. I suggest that you try to relax a bit and don't worry about something that most people don't even let cross their minds.A special note to that weird guy from the physics department who stares at me all of the time when I see him out at a bar or whatnot: Knock it off. You are a hideous, emaciated hipster and you look like a monkey to boot. Go look at a particle accelerator or a neutrino or whatever. 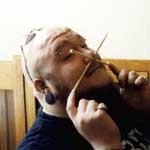 After Dark,Well, I don't really think that it's debatable that having sex with someone of your same gender is considered "gay" sex. Whether having gay sex makes you gay is really at the heart of the debate here, but before I get to that I would like to point out a rather glaring flaw in your query, that being your supposition that one would be attracted to one's clone. Personally, I could think of few things more repulsive than having sex with myself. This is not because I am disgusting or because I am amazingly shitty in the sack or anything like that. It isn't even because I have self-esteem problems or that I am not in the least bit attracted to females (actually, I rather dislike most girls). It probably has something to do with the fact that by having sex with my clone I would have an innate sense of how my clone would react to certain stimuli, and, in short, I'd find it entirely too easy (and more than a little creepy) to know each and every reaction that my clone would have to certain things before I even attempted them. That's just gross, somehow. Almost like incest but to a higher and more insulting and "eww ewwww eww eww yucky no" degree.As to whether having sex with your clone (same gender) makes you gay, I don't know. Does gay sex mean that you're gay? It means that you are attracted to members of your own sex and that you'd fuck them, but that could imply more of bisexuality in which you are willing to experiment with your gender but you would certainly never consider a long-term relationship or marry someone of your own sex. I guess that the only thing left for you to do is clone yourself somehow, wait the proper amount of time before you are able to have sex with yourself, and see what happens. I expect a full report on my desk within eight years (train 'em young) to the day from now. If you fail me I will find you and make you pay.PS. Learn how to type/spell/speak plz