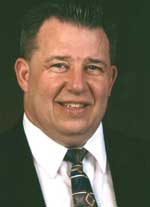 Wow.Well, the first thing that I will tell you is that you should print out this email, get up, and give it to your wife to read. I understand that you have tried in the past to speak with her about this problem you've been having, but now that your feelings are concretely expressed on paper you will be more likely to avoid backing down from how you feel. It's a lot easier to write it out and then give it to her because your points are all right there in front of you. You can't back down and you can't pretend that everything's ok, but you can stand up for yourself and use what you've written as a reminder of how you feel. Once she reads it, talk to her about how she feels regarding everything she's read. Quit being a pussy. Tell her how you feel about everything in a straight-up manner and explain to her how you feel in such a way that leaves no room for discussion. You are looking at other women, for fuck's sake. Heh, "fuck's sake," I made a joke. Anyway, you'll get her attention with that whole wandering eye thing, believe me.I don't know your wife (or you, for that matter) so I can't really say what is going on in your marriage. If she used to be really excited about sex and now she's only luke-warm, a lot of things could be going on, all of which I can't comment on because I don't know either of you. It's weird that she complains so much about oral sex but feels that regular sex is copasetic, but that might just be some personal hang-up that she has. I will say that if sex is so important to you and to your relationship and if you feel that this is an irreconcilable problem that the two of you have that perhaps you are just not sexually compatible people. Once that initial animal attraction for another person wears off it can leave a lot of things in it's place, and if your wife just isn't as attracted to you as she used to be (from what I can tell this is pretty likely), then you need to start looking for ways to "spruce up your sex life" or whatever it is that married people have to do when everything starts going to shit in the bedroom. But you need to do it AS A COUPLE. If you feel like it is an important thing to have excellent sex on a regular basis, then she needs to recognize this and treat it as such.Maybe you guys need to get a divorce, who knows. Obviously if you love each other this is not a likely nor is it a reasonable solution, but you seem to be placing a high premium on your physical relationship with this woman and marriage is a lifetime commitment. Things are not going to magically become better overnight. She is not going to wake up one morning exclaiming, "Oh my, I seem to have a taste for some penis!" You have to take the initiative yourself and talk to her about ways in which the TWO OF YOU TOGETHER can seek out new ways to physically connect with each other. But being frustrated and angry is not going to solve anything, so get a move on. I can't believe you haven't tried things yet. There's no end to the different sex toys, porn, other love products that exist out there. If all else fails, get some sex counseling. But DO SOMETHING instead of just talking and writing letters to an online advice column.EDIT: Ok, I just got a very helpful email from someone who obviously knows more about this sort of thing than I do (he has degrees in psychology and such), so I'll put up a part of it here and you can figure out where to go from there. Knowledgable Joel Rasdall writes:The real problem made itself known every time he tried to talk with her about it. The part where he says "it always ends up with her crying and feeling bad for 'failing me' and me caving in and consoling her" practically shrieks of a power game on her part. (This also explains why oral sex is the specific problem point and regular sex doesn't seem to enter the picture.) He doesn't sound terribly emotionally self-aware (or else horribly deprived in the self-esteem department,) so he hasn't picked up on this in other areas of his life, but I would bet a month's pay that it's there. Maybe she gets unbearably shrill around his friends, or runs up the credit card when he's told her to quit it, or whatever, but that's absolutely how I see it.Ok buddy, so your wife might be a control-freak as well as frigid! Great news for you! Anyway, good luck figuring this out.Yeah, good luck.