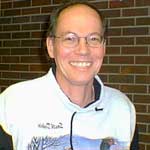 Ok doke,What I don't understand is why you haven't approached your friend and been very blunt with him already. From what I can gather, you get along with this guy on most fundamental levels. He shares your taste in humor and you have similar likes and dislikes as far as hobbies and such go. If it weren't for his shitty attitude you'd be good friends. What you need to do here is sit down with him, preferably with the rest of your friends, and tell him that you don't like him one bit. Honesty here is by far the best policy.WAIT! I know, you're going to say, "But Emily, I don't want to do this because my friend has a very fragile ego and he will be very upset! Not only that, he will commit suicide and then I will have no other choice but to follow him to the cold embrace of the grave." Well what I will say to you now is this:Tell this guy that your problem with him lies not with him himself but with the lame-ass attitude that he has about things and his acting like an asshole to be "cool" or whatever. Tell him that if he just acted like a normal human being that you would have no problem being his friend, but that until he does that you are not going to hang out with him because he sucks ass. Easy as very easy pie. Either the guy gets the picture or he doesn't. If he doesn't, no sweat for you because you don't have to hang out with him ever again and you can spit at him when you pass him on the street. If he does understand what you are saying and actually stops being such a moron then everything is good because you have a friend who is fun to hang out with and who doesn't suck. If you get a couple of your friends to sit down with you and camly and rationally explain to him that he is acting like a retard then he certainly should get the point and hopefully do something to change. If he doesn't change after that, then he's stupid and you're better off without him in your life, anyway.

Well, that's about it for this episode of Ask Emily. Be sure to tune in next time (Monday) for more thrilling adventures with horrible people. If you have something to say to me, feel free to email me at askemily@somethingawful.com. As usual, I will do what I can to make sure that your questions get answered. Until then, happy landings and be sure to chew your food well.