Wednesday, Jan 23, 2008 by Caylen "Abraham" Burroughs
Know of an awful site? Send it to us and become a hero! 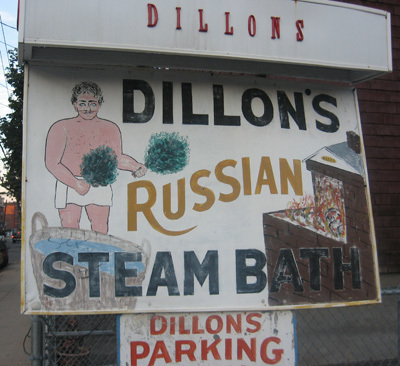 "Platza Matter - Scared to Come In?"

Now, I'm not totally opposed to older, historical establishments. I am totally opposed to haunted houses though, because that's where people die to ghosts and vampires. It's not so much that I like people, but its the fact that I really fucking hate ghosts. This is why I really fucking hate Dillon's Russian Steam Bath - and not just because they have a website that also dates back to the late 1800s.

A turn on the "platza" (Yiddish for shoulders) bench has been described as one of the most enjoyable experiences one can try. Receiving a "platza" is a massage, given with a small "broom" made of leaves from oak trees soaked in a hot soapy water and is brushed over your en thtire body by the masseur. 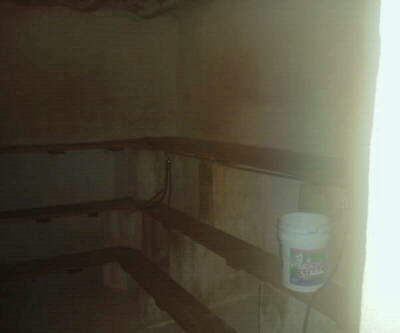 The way they describe & picture it, they want to torture you in the most exquisite ways possible. From raking your soaked body with sharp & harsh toxic tree branches, to the various bacterial & fungal infections you will endure the second you entire the ancient torture chamber. Even the website seems to gloat its Silent Hill-esque nature, what with the jarring music, epilepitic visual effects (the blinking scrolling marquee is an abomination), to the killer dancing anime nuns that will do anything to taste the sweet, delicious nectar of your human blood.

Dillons has been steaming, murdering, and possessing naked people for more than 100 years. If that's your thing, their rates are pretty affordable, and there's a discount for first timers. BUT IT WILL BE YOUR LAST.