Safety Rider, submitted by Daryl Surat.There are very few things that still scare me, mostly due to this modern Internet constantly splashing hell into my eyes like some kind of fascist water sports demon that likes to play rough in the fiery pools of the nether realm. Yes, there are the psychopaths trying to destroy every remotely decent visage of classic children's TV with brutal depictions of cartoon animals raping each other or jamming smaller cartoon animals into places on larger cartoon animals where smaller cartoon animals weren't meant to enter, let alone go near. And yes, more than once I've had to utter, "Dear god, what's that man doing to his..." before rapidly punching my monitor until it was as though I was staring into incandescent swish cheese sprinkled with the blood of my vengeful fists. I won't go into that stuff, because Lowtax did a great job covering it a couple weeks ago. While I'd rather never see any of this, it's going to occasionally appear before my eyes whether I want it to or not. I've grown a pretty strong stomach, partly due to my diet of scarp metal and vintage TV Guides, and partly because there isn't much worse I could possibly see at this point in my life.

Or so I thought. 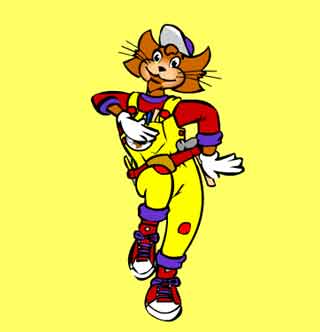 The images you see are from an animation featured on this site about elevator and escalator safety. Obviously, it features a homosexual cartoon cat, but that's no big deal. We see a lot of those in good old Internetville. The awfulness starts when the cat starts rapping, and doesn't stop for what seems like nine hours. Sites like this have a way of hitting you in such a way that you terraform your pants into an environment suitable only for urine-based life forms. Technically there is nothing sinister or evil about this site, and none of the imagery is grotesque or perverted, but that's the problem. It transcends innocence, becoming a virtual sonic boom on the morality charts, or whatever system is used to take measurements in the ongoing bitch fight of good versus evil. I guess probably the metric system, since that's the answer to all of life's major problems. 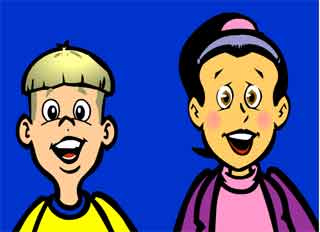 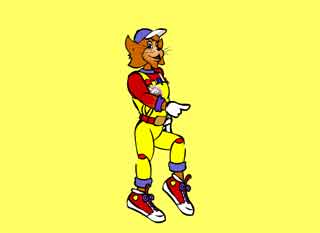 By the time it was finally over and I took the quiz on what I saw, I barely managed to get all of the true or false questions right. There is also a paint program you can apparently use, although it appears to be broken for me. I would have loved to draw my shattered soul spilled on the floor in a shallow puddle that reflects the only thing left in me after seeing this movie, but I can't. Besides that, how can one draw a puddle that reflects nothing? 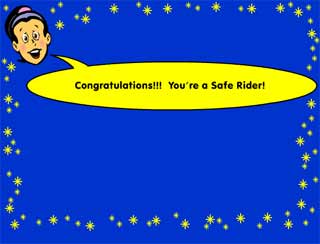 Let the records show that I know my shit.

From now on I'm either taking the stairs or climbing to greater heights with a grappling hook. I'm pretty sure I have post traumatic stress syndrome now, so it's all too possible that if I ever go on an escalator again, I might start having violent hallucinations about a rapping cat and start pushing people to their deaths. Five mall security officers would rush to tackle me, two would make it out alive. 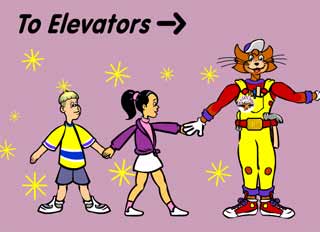 Children trusting a furry? Truly dark days are upon us.

Now if you will all excuse me, I'm going to go out to eat and ask for the "Lincoln Special" in hopes that they will shoot me in the head.