Lesbian Studies Institute, submitted by me. I’m an open-minded person. I have friends that are gay, and even talked to a black guy once. I really don’t see anything wrong doing want you want with your life, as long as you don’t force it on other people. The Lesbian Studies Institute would not only disagree with me, but they would probably boil me alive for being a lesbian sympathizer, and co-conspirator to the “Lesbian Mafia”. 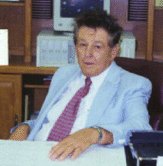 Steve Lashuk has come up with a theory that no women will sleep with him because they're all gay.

"Do you hear a pack of blood-stained lesbian beasts milling around, licking their chops over their latest catch?

Do you hear these government agents traumatizing the little girls under bright lights, using mind altering trickery and drugs to instill hate against their mommy and daddy?

Do you hear a network of lesbian judges, lawyers, physicians, psychologist and psychiatrist licking their chops and getting in line to secretly snatch one of these button cute girls for their own pleasures? [let us never forget these girls]"

Do you hear a raving lunatic who is sexually frustrated by constantly being turned away by women who must be part of a government sponsored deadly organization bent on kidnaping young girls and forcing them to watch Ellen reruns? Those damn crazy dikes!

"This missing link is the frantic engine that drives lesbians to excel over heterosexual women in the work place. While the wholesome woman enjoys the complacency of love, security, and companionship with man and children, the lesbian is frantically driven to fulfill a mans role in life. These frenzied aberrations give birth to many social disorders such as anxieties, compulsions, obsessions, psychotic phobias and often linked with grandiosity. Unbeknown by most, lesbians have a grandiose plan in effect to overthrow the heterosexual culture in the U. S. and replace with a Lebo. Amazon Nation."

Damn straight. Tell those silly women at the workplace to stop planning to take over the U.S. and get back in the kitchen to bake me some cookies.

"In Germany, I am sure the lesbians played a major roll as rear guard support, however the Nazi party was dominated by male homosexuals. Which brings up an interesting situation in today's operation. With the blessings of affirmative action the control of operations was turned over to the "Lesbian Mafia" and using homosexuals as support units. Just the opposite of their Nazi operation. Again, bringing up another this time frightening tell-tale discernment; by combining the two they have formed the second most powerful lobbying cartel in the United States "

So all the Nazi men were homos and the support units were lesbian, and presently both gay organizations are joining together to make a dangerous gay Voltron that will destroy the universe. This makes perfect sense. Oh wait....no.....no it doesn’t. This is a terrible site and I hope Chairman Steve Lashuk is kidnaped by the lesbian mafia and ends up tap dancing on the bottom of Lake Crackpot with cement shoes.