The Confederate Air Force of 1962 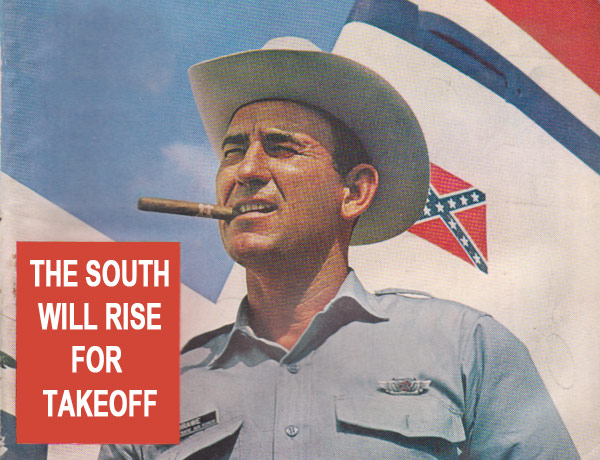 Go all the way down to the southeastern coast of Texas and head west towards Midland. If you picked the right back country roady, you'll pass through the town of Mercedes. It's a small, poor town that shows the influence of the border. In the 1960s, Mercedes was also the headquarters of the Confederate Air Force. 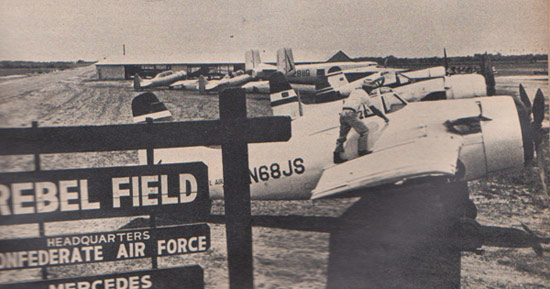 No, this isn't an alternate history scenario involving a rogue time-traveling general from Alabama trying to rewrite the Civil War. There were actual formations of white fighter planes belonging to the CFA flying over Texas. 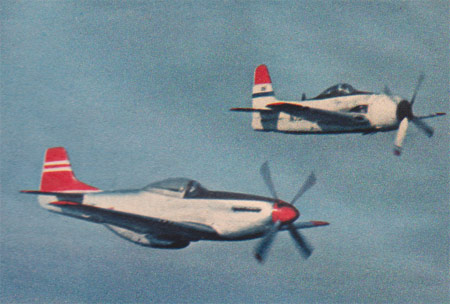 Back in 1962, SAGA Magazine for Men (long defunct) sent a photographer by the name of Leonard Kamsler to interview the pilots of the CAF and take some photos. SAGA was wholesome by the standards of the time, no blood-drenched tales of lesbian murder, no gross pictures from a nudist camp, just tales of high adventure and war stories. The photographer, Leonard Kamsler, would go on to have an impressive career including work for Disney.

The CAF's "Rebel Field" was located near what passed for downtown Mercedes back then and the man most responsible for founding the ragtag bunch of pilots and old crop dusters was Floyd Nolen. "Colonel" Nolen. Every man in the unit referred to himself as a colonel to show equality among the pilots. Billy Drawe, another pilot, liked to smoke cigars and drink mint juleps in his cockpit after a flight. 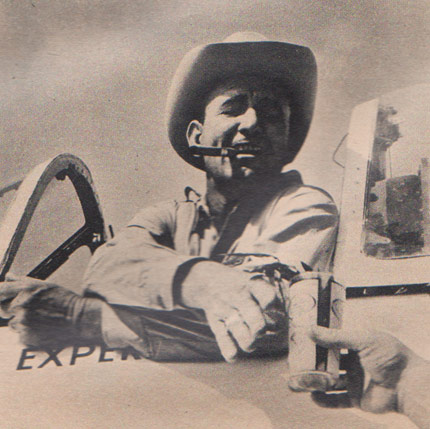 The fighter aircraft of the CAF included, among others, a P-51 Mustang, a P-38 Lightning and a Grumman Hellcat, along with a B-25 bomber. The fighters were painted mostly white with red and blue details and a Confederate standard emblazoned on the tail. 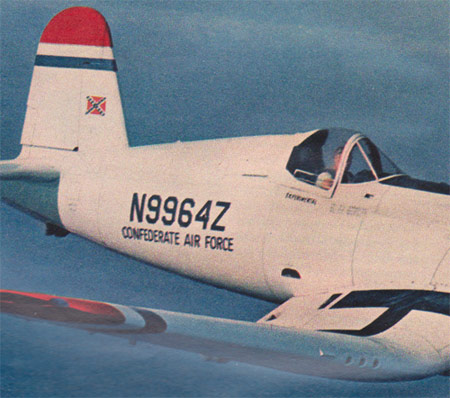 The pilots, along with a handful of dedicated mechanics, maintained all their own aircraft and worked to repair other aging relics of World War II. They practiced formation flying and mock dogfights and would perform these for air shows to earn a little extra money.