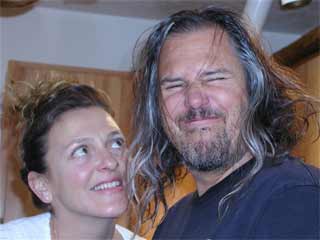 That's all fine and dandy, but it's not the best part. The goldmine of hilarity is the audio message section. This is insanity at its absolute high point. I suppose I should feel a little guilty finding this stuff hilarious, because this guy could seriously be dangerous. Scratch that, HE IS DANGEROUS. I started by listening to the subtly named "Satan's Penis" audio message, which was completely awesome. At first I thought my computer was busted, because the first three or so minutes was nothing but ear-biting heavy distortion and psychedelic noise. I knew my computer was in good shape when the loud screaming and super creepy singing came in. Zeph then went on to cover every single piece of conspiracy fodder ever. Here are some highlights:

The Washington Monument is Satan's Penis… AND SOMEONE MIGHT BLOW IT UP!

It's not MKULTRA or the CIA that mind controls people, it's the hierarchy of ultra-dimensional beings that control the world.

Every church you can shake a stick at has a weekly "let's piss and shit on innocent kids and see what Satan gives us" ceremony.

I'm not kidding when I say you can open any of the hundred or so audio messages and hear undeniable insanity and evil. The quality of these recordings is extremely low, not to mention riddled with constant clicks and pops, but then I wouldn't expect high production values from a madman recording his insanity with Real Media. I highly advise you to listen to these now, because they won't be funny a year or so from now when this man murders half a dozen people. It's also pretty hilarious when you note the insane audio effects he employs constantly. He'll be talking normal and then out of nowhere he'll throw in some horribly distorted echo effect. His crazy filters do absolutely nothing but increase the lunacy tenfold. The messages do get repetitive, though. Unfortunately Zeph is preoccupied with the overwhelming problem of senators and other men of power constantly shitting on innocent children. That issue seemed to pop up in about every recording I listened to. I think most serial killers would probably find this man creepy. 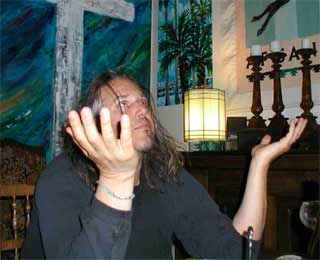