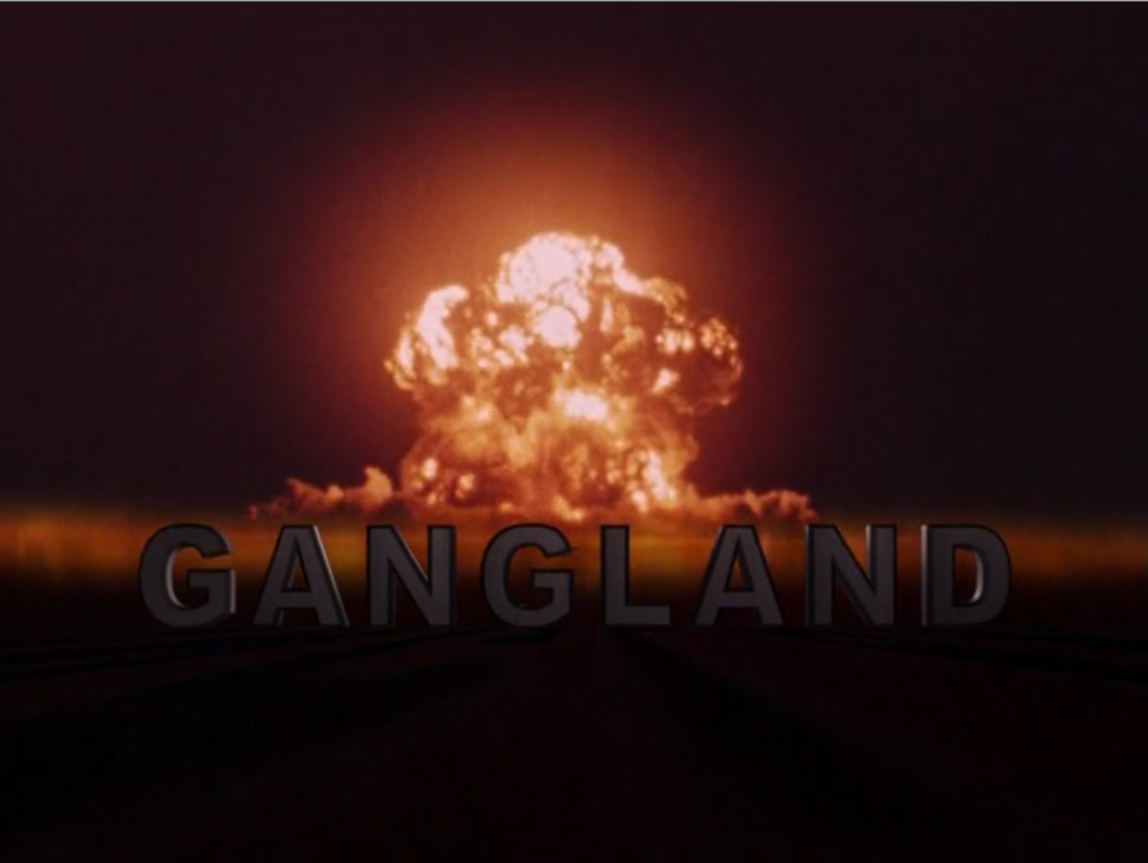 Overview: In post-nuclear-apocalyptic America, one man seeks to avenge his brother's death at the hands of roving gang members by punching everyone in the greater Los Angeles area square in the face.

The Case For: Watching this movie is slightly more enjoyable than actually roaming through a hellish urban wasteland with Coolio and Ice-T.

The Case Against: The many fight scenes will fill you with an uncontrollable desire to fistfight every person you see, but they'll also ruin any hand-to-hand combat skills you might have already had.

Gangland is a perfect example of what happens when you do the fight choreography first, and then expect the rest of the movie to just congeal around it. This approach starts to make sense when you realize that director Art Camacho has made his career mainly as a fight and stunt choreographer. Then he decided to team up with writer David DeFalco, who made his career as a professional wrestler, and whose only other claim to fame is directing a movie that Roger Ebert really, really hated. It's like a match made in heaven, assuming you're not interested in plot or character development or any of those other boring things that get in the way of constant fistfighting.

Oh, and then there's the DVD case, which can be charitably described as a web of lies. The three people whose faces are plastered all over the cover are probably on screen for a sum total of five minutes between them. But don't worry, there's an endless supply of gang members with neon hair and indistinguishable white guys with black belts to prop up the other 85 minutes!

Our special guest stars Coolio and Ice-T kick off the festivities as cops on the beat, cruising the mean streets of an abandoned high-school production of West Side Story. Ice-T shows off his new "kill and fuck everything that moves" take on law enforcement, shooting junkies and groping random women passed out in the gutter. Coolio objects to Ice-T's in-your-face street policing, which predictably results in his loose-cannon partner shooting him, too. All the commotion prompts a whole lot more cops and gang members to show up and have a lame gunfight, the main purpose of which is to get Ice-T out of the picture before his hourly rate goes up.

At this point music starts playing, which has a savage-beast effect of sorts: Everyone puts down their guns and starts fistfighting. Yes, even the police, because it just wouldn't be sporting to shoot the bad guys after they bring out the ghetto blaster and start dancing toward you. We already used up our West Side Story reference, and yet something about this scene really makes us want to do another one. Maybe it's the bad sets. And the bad costumes. And the shitty acting. And the fact that everyone threw their guns away and started a choreographed fistfight set to music.

What's that? You want some sort of future post-apocalyptic plot to bridge together the mindless violence? Well, if you insist. A recurring TV news announcer reveals that in the distant future year of 2010, there has been a nuclear war, which in turn caused a "flesh-eating" plague that's running rampant. Actually, we're pretty sure the plague only exists so that the main characters can go through the motions of the standard "lone scientist develops a plague cure, needs to be rescued and brought to civilization" trope. The scientist, who has set up his super-advanced chemistry lab in his hideous living room, is played by none other than Tim Thomerson, a man who has singed his fair share of Trancers. Sadly, his dialogue is quip-free and his only real job is to be captured and then wait to be rescued, so he just kind of fades into the background.

Now that we're stuck with a plot, we need a protagonist to go through the motions of resolving it. The man of the hour is Cody from Step by Step, a.k.a. "Derek", who is driving through scenic downtown Los Angeles with his brother. Shockingly, their car breaks down, and they are immediately overtaken by four or thirty roving gang members. Another amazing fight scene ensues, with such fine touches as whiffing noises even for punches that supposedly connect, and an elbow drop that's so bone-crunching that three cuts can't hope to contain it:

Just when this is starting to look like a Double Dragon-type situation, the brothers are finally surrounded, and the gang's leader makes a dramatic entrance to do some gloating. His name is Lucifer, and he is the baddest motherfucker to ever don red contact lenses and a giant trenchcoat. To prove his badassitude, he slits the nameless brother's throat, prompting a good, hearty "NOOOOOOO" out of Derek. Fuck, now it's only Single Dragon. That's never going to work, it doesn't even alliterate. 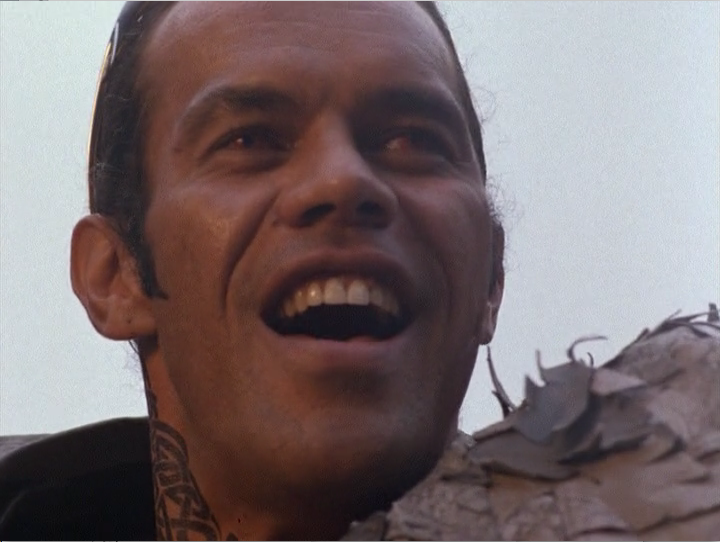 That right there is the face of a man who loves his job as a murderous anarcho-tyrant.Fortunately, there's a spare dragon to be found. Derek is dragged off to the gang's jail, where he meets Jared, yet another rock-jawed prettyboy and world-class martial artist. Derek and his new replacement bro-in-spirit stage a jailbreak, with some gang members in hot pursuit. Unfortunately, the pursuers are on motorized tricycles, which are just about the lamest and most non-threatening vehicles known to man. A foldable scooter with pink tassels and a little bell on it would be a more intimidating ride. If you don't believe us, then you need to have a look at the video evidence: