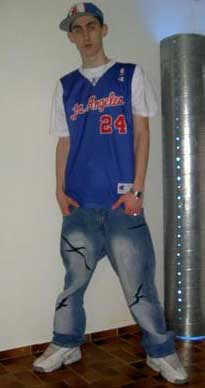 Sup yall? I'm a driving asshole! You may have heard of me, or better yet heard me driving through your neighborhood at 3:32 AM, blasting my rap / hip hop / R&B music as loud as physics can possibly allow before causing the universe to collapse upon itself. I love rap music so much that I'm pushing really hard for Congress to pass a law requiring rap music to be the official music of driving assholes everywhere. It's basically an unspoken requisite anyway, all my driving asshole friends have the latest copy of $tab Dawgz' latest release, "Big Money Phat Bass Disaster," where $tab Dawg details his overwhelming desire for considerably large female rear ends through the universal language of pulsating 60 hertz sine waves capable of recreating the Tacoma-Narrows disaster. Rap music is my favorite, but I can't help but wonder how much better it would be if all vocals, music, and percussive instruments in the tracks were replaced with 808 kick drums. And I'm not talking about the drum machine, I mean that literally - eight-hundred and eight kick drums.

I absolutely love cruising aimlessly around your neighborhood in the early hours of every morning, my windows down and subwoofers cranked all the way up on some sort of volume control called "The Richter Scale" that I think Sony made up to sell idiots like me graphic equalizers manufactured from radioactive space debris. I don't care if it's the middle of winter and my scrawny, hairless white arms are freezing off from the sub-zero temperatures flowing through my open windows and the "sun roof" created last summer when my grandma tried to beat me to death with an umbrella in the back seat. I think of myself as an artist, suffering for his art, and my medium is spraying high compressed streams of muddy, miserable, cliched crap all over suburban neighborhoods to increase the public awareness of this underground phenomenon called "rap music."

I'm not really going anywhere or accomplishing anything, I'm just taking it easy and blasting my stereo because I feel my CD collection of Compaq-burned mixes is so awesome that it must be shared with the entire population of the globe, preferably all at once. Did you hear that one song I was playing 29 miles away? The one about guns and bitches? Yeah, that's my favorite too. Man, I love guns and bitches. Rap music and hip hop really speaks to me because, as a middle class white male, I too have felt the scorn and discrimination of racism. Why, just last week I tried to play some dude on Madden 2006 and he said something about my connection being too slow to play him. I'm like Rosa Parks and those idiots on Xbox Live won't let me drive John Madden's bus.

By the way, all those stop signs in your neighborhood are stupid so I'm going to ignore them. So are those yield signs and the crosswalks. Traffic signals are meaningless to me, just like social skills and a decent work resume. Slowing down is for pussies, and I only slow down for pussy if you catch my drift! Ha ha ha, no but seriously I can't see shit under the dashboard here, which hip hop videos have taught me is "cool." I've bent the laws of space and time to drop my seat down so low that every time I go over a speed bump I get gravel thrown so far up my ass that I routinely cough out asphalt. I crammed my seat far to the rear that I must tape prosthetic arms to the ends of my real arms just to reach my moronic, fuzzy steering wheel. I'm so monumentally cool that I'll pull up beside you at a traffic signal and just stare at you constantly until the light turns green, my eyes penetrating your soul, your very essence, to reach inside, grab your entire fiber of mortality, pull it up to my face and ask your opinion regarding guns and bitches. 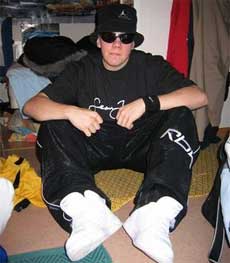 My car wasn't designed to obey traffic laws, can't you see that spoiler on the back? Yeah, that's right, I got me a spoiler on my 1984 Toyota Corona. Since I spent all my cash working at Famous Footwear on the spoiler itself, I didn't really have any money left over to pay somebody with a majority of their original teeth to install it, so that's why it's adhered to my trunk with a combination of railroad spikes and electrical tape. I'm not too proud of my handiwork there, which is why I installed a bunch of neon lights under my car's body to distract people from looking at the spoiler installation. Man, I got like 5000 watts of lights down there. I got so many neon lights under my car that it looks like a bankrupt Shaper Image store somehow flew out of its foundation and grew wheels. 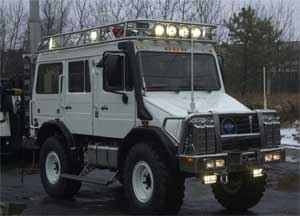 All the better to buy groceries with, my dear.

But maybe that's not me. No, perhaps it isn't. I think I'm the short blonde woman driving her husband's brand new white Hummer. Yeah, I think that's me. I love the powerful, intoxicating feeling that I get knowing I could systematically drive over and kill every single member of your family without dropping below 60 miles an hour. My husband bought me this powerful machine because that's his way of telling the entire neighborhood that he's not really prematurely balding. I can't wait to see what he buys me when his penis stops working and he's unable to get erections without the use of support beams and industrial adhesives. I bet it will be a Russian fighter jet. One with a spiked plow on the front that can travel through time and crush you before you have a chance to drive your puny car next to mine on the highway.

See all these stickers on the back of my SUV? That's my identity right there, my DNA plastered below a thin layer of dust and bird shit. See that white oval with the letters "IRE" on it? Yeah, that's right, IRELAND. I LOVE IRELAND. I'm not from there, and I've never really visited it, but I hear it's really pretty. Also I think one of my ancestors came from there, he had one of those hats with the buckle on it and he ate hay. That's what they do in Ireland, right? Or is that Italy? I want to visit Italy one day, I think it's the prettiest city in all of Australia.

Check out my collection of magnetic ribbons. I got this one here for supporting some crippled disease. I saw this lady asking for donations to fight some disease and I was all like, "disease? Oh that sounds horrible! I hate diseases!" so I wrote her a check for $20. I hope that's enough to get rid of all disease because I don't want to be sick this Christmas when my husband and I take separate vacations to our separate houses on separate tropical islands whose names I can't remember because I can't read them without making a funny, scrunched up face. The donation lady gave me a red and white ribbon that says I hate disease and that's, like, so true. I should've written her a check for $1,000 because then I could've plastered my H3 with like 40 of those things. I love the colors red and white. They remind me of... red and white things. Like something which is red. And white. Together. 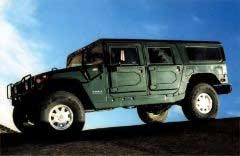 The engine noise is so loud that it nearly drowns out the screams of victims trapped in my grille.

This magnetic ribbon here shows I support our soldiers in Iraq. God bless them and may they hunt down that Ben Lauden guy at whatever the cost. I hope those guys know I bought a ribbon for them, I think my purchase will turn the tides of this war. This pink ribbon is for breast cancer awareness. I'm officially aware there is breast cancer. This yellow ribbon is for... ummm... I don't know, I think it supports trying to find a cure for Lance Armstrong maybe. My green ribbon shows I care about the rainforests because green is the color of grass and the rainforests are just packed with that stuff. I bought this purple ribbon because it went with my eyeliner at the time. I don't remember what this white one is for, maybe it supports the fight against ghosts or ice storms or something.

You'll see my ribbons when I cut you off and continue driving according to the laws of my own little world, one where nobody exists except me and my personal awareness radius can be measured in millimeters. It's not that I don't see you, it's that you take a much lower priority than my cell phone or in-dash DVD player or XML radio or navigation system or lipstick I'm trying to put on or open heart surgery I'm trying to perform on my pet dog Chreschen which I learned from watching that one "Friends" episode where the toaster oven exploded and shot a metal coil into Phoebe's chest cavity which Ross had to remove in time for her real estate training seminar.

I like watching reality TV. It validates my hollow, shallow existence by parading the failure and embarrassment of total strangers for me to mock. I may despise my entire pointless existence and subconsciously know my complete personality is based on a series of flimsy cardboard cutouts decorated with gaudy spray paint and fake jewelry, but - hahahaha - at least I'm not that fat guy on TV who lives in the dirty house! Hahaha, poor people! What will they think of next! I'm watching tonight's episode of "Recorded Public Failure" on my television receiver built into the steering wheel. If you yank the wheel really fast to the left, everything turns bright blue for a second! Hee hee, driving is fun!

I'm the driving asshole. If you want to, you can wave to me; I'm in the lane to your right, the lane to your left, and both behind and in front of your car. I probably won't notice you or care, but you'll be easier to sideswipe and drive off the road when I suddenly decide to lurch into your lane for no logical reason. I can't help it, I'm a driving asshole!

For today's daily dish of daily dirt, make a click on the words with the line underneath them. I promise it won't hurt.