The Ancient ONES, submitted by Shukketsushi. This site is what I would label a tour-de-force, a nonstop thrill ride that encompasses all the facets of the modern age. What on the surface appears to be a site about Egyptian hieroglyphics is in reality a computer-training site! What's this, another side to this prism? My god, it's also a site for a web design company with a mission statement unlike anything else in the universe:

Things You Should Know About The Ancient Ones Called Nuwbuns & Olmecs. The Nubuns Originally Came Here Utla or Atlan (USA) Millions Of Years Before The Continental Drift And Set Up Colonies, They Were Dark Skinned Wooly Haired People, With Big Lips, Wide Noses, Etc. Known In Egyptian Science As the Nasi (Nahsu).Then The Hexians Under Hsu Shen,Of the Shang Dynasty, The Yellow Seed Or In Egyptian Science Namu, Came Here And Mixed With The Nuwbuns, And They Produced The Mexions Also Called Aztecian, The Brown Seed.

These alien men will design your website with Microsoft Publisher and expand your mind in the process. You know what, my mistake. I was looking at it from the wrong angle again! It's really about space aliens and rap music. 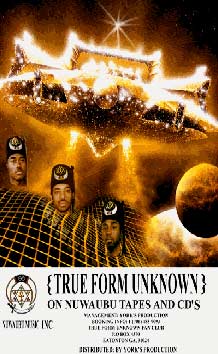 My brain is blown to more bits than the Dethstar!