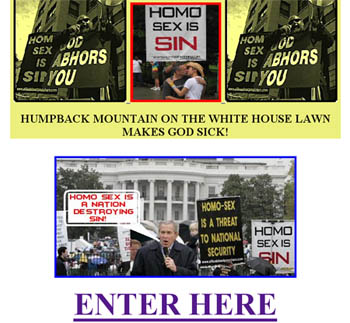 WHEN YOU HAVE A BUNCH OF GIRLY MEN ABUSING THEMSELVES WITH EACH OTHER IN SEXUALLY PERVERTED WAYS...THEIR BRAIN CHEMISTRY CHANGES AND THEY NO LONGER DESIRE GOD'S GIFT TO THEM....A.K.A. WOMEN.

THIS WICKED BEHAVIOR LEADS TO A NATURAL DECLINE IN THE POPULATION OF THE COUNTRY BECAUSE THE PERVERTS ARE NOT ABLE TO REPRODUCE. (THANK GOD)

Get out there and make a stink, guys! Homos are overrunning us and driving down OUR PRECIOUS POPULATION!