Tuesday, Jan 15, 2002 by Rich "Lowtax" Kyanka (@TwitterHasBannedAllMyAccountsEver)
Know of an awful site? Send it to us and become a hero! 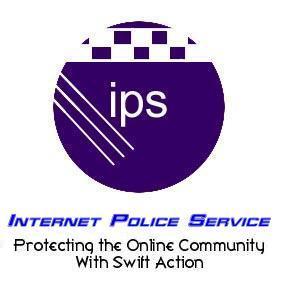 The Internet Police Service's INTERNET TIPS: Never think u can hide your ip adsress in ICQ, because that rules or protection is merely based on the local icq, but its in the system and can be seen with IP sniffers. Need any help, i would be happy to advice u people further. Stiil in spite of this, i still think ICQ is the best programs in its group.

World's Most Wanted Internet Criminals: Michelle J Turnthorp. Wanted for hacking, irc/chatrooms violations and harasment crimes commited in August 1999. The Internet Police Service has received three separate complaints relating to similar serious activities of hers. She is not considered dangerous, but has the ability to sabatage computers.

Oh no! Not computer "sabatage"! That's almost as bad as "harasment crimes" on IRC! Either way it's refreshing to know that this elite crimefighting team of Internet professionals are out there scouring the routers and switches for crime. The IPD has their own awards and medals, a page of Internet tips, and a memorial to fallen IPD officer "Corporal Andrew Haig," who undoubtedly died of a heart attack while stalking criminals on IRC and shoving Big Macs into his giant gaping maw. Now usually the sites featured as ALoDs are in their own little fantasy world where gnomes and fairies play baseball under the magic gumdrop trees, but this site is just so far out of the reality ballpark that the members couldn't find their way back with a GPS and chauffeured limousine.

PS: They have a guestbook you can sign but you louts better keep in mind that THIS IS THE GUESTBOOK OF THE INTERNET-MOTHERFUCKING-POLICE! Don't try to write any inappropriate messages in there or else they'll designate an IPD officer to you and that officer will promptly die and be awarded a purple heart for having the most purple heart. Ground beef looks purple after its been digested.

PPS: I don't think I've made it clear how ridiculously stupid this site is.

PPPS: I still don't think I've made it clear enough.

PPPPS: After thinking about it, I have come to the conclusion that there is no way to accurately convey how stupid this site is, so I'm giving up now.