Azov Films promises "coming-of-age" movies from around the world, which sounds like wholesome, culturally edifying entertainment. Many of the titles also seem adamant about promoting youth fitness and recreation. 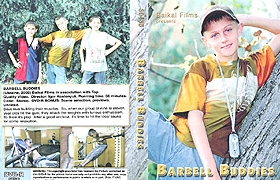 Synopsis: "Boys love building their muscles. So, when our group of nine-to-eleven-year-old boys hit the gym, they attack the weights with furious enthusiasm. After a good workout, it's time to hit the local sauna for some relaxation." 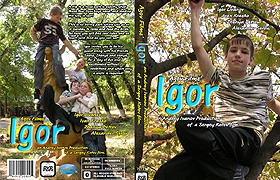 Editorial Review: "Igor is 99 minutes long, including over 80 minutes of sauna bath nonsense (nonsense in a good way.)" 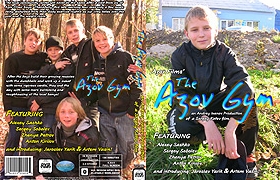 Synopsis: "After the boys build their growing muscles with the dumbbells and work up a sweat with some rigorous cardio, they end the day with some more swimming and roughhousing at the local banya!"

By now, you might have noticed a subtle theme threading through these selections, and you might have follow-up questions, such as "how the fuck is this shit legal?"

Well, Azov films embraces naturalism, a godforsaken loophole that allows adolescents to star in their nudie romps. As for the gross enjoyment perverts might derive from these films, Azov wants you to know that's not its fault: "We do not encourage, support, or take responsibility for individuals or groups who have a pedophilic/voyeuristic interest in our products." Perhaps I'm just prejudiced against the naturalist lifestyle, but this is the worst Awful Link prospect I've ever encountered, and I wish these kids would go Village of the Damned on the Azov crew.