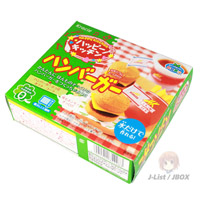 The signs were upon every wall in the city, pasted to tenements and inscribed on placards by the door of every bureau and wellness center: NO HAMBURGERS. Dr. Feelmitch of the Food Control Bureau had concluded that such foods were unhealthy and they were subsequently removed by the state. In order to preserve maximum fitness, the government had deprived the nation of hamburgers.

Scoby Darling shuffled along with the slumping crowd, but there was a knowing smile upon her handsome face. Within the finely cut greatcoat she wore about her shoulders there was concealed a Totoro bento containing a Kracie Happy Kitchen Hamburger. When she returned to her apartment she would meticulously assemble a miniature Japanese hamburger candy that tasted exactly like the real thing. This small act of defiance, this denial of the power of the state over her tastes, was her way of fighting back. Who is Josh Gulp? Until she knew the answer, she would satisfy herself with the liberty she earned from Kracie Happy Kitchen Hamburger.

Oriole Bognerd looked at Needry Takert with cold eyes. Pity was no longer a part of his emotional vocabulary, not after what the Takerts of the world had done to his father's Japanese Poop Candy shop. When Oriole began to speak, the others fell silent and listened, for the tone and volume of his voice demanded such attention.

"Lucky Poop? Not every man can be born to fortune, and no such thing as luck exists, for it is will alone that propels the course of human events. The will of the individual to achieve creates what the soft-minded would call luck. Make your own fortune, or inherit it, and you can buy all the luck you need. In the form of Unchi-kun Candy." He held the cartoon poop candy aloft as the others began to slowly applaud and cheer, "Hooray for Nippon!" 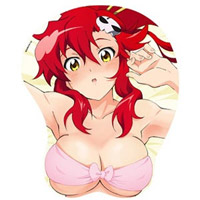 "If only every man and woman used a basic hard plastic mouse mat, there will be sufficient quantities for everyone," said Dr. Careslimp. He slumped his shoulders and adjusted his spectacles with tiny, pink hands as soft as those of a fetus.

Strempf Goldswell had heard enough of such ideas. He bore not a trace of anger as he stood, adjusting the Tanto he wore at his hip next to his smart phone holster, and his voice filled the room. It was a voice that pressed down on Dr. Careslimp and his compatriots like the foot of a man climbing a ladder made of their faces.

"Equality can itself be inequality if it deprives those with the strength to claim better. If you deny a man an Oppai soft breast mouse pad based on Gurren Lagann, you deny him his dreams and aspirations. No. Emphatically, no. Until you allow free markets to determine the course of breast mouse pad development, I will not participate in the Mouse Pad Council. In Japan there is a different way. A better way. It is called the way of the Bushido, and you would do well to study it."

Robert Baron listened to what Dr. Wimpton and the men from the Public Good Department had to say. He listened, lips tightened, square jaw set evenly against his fist, betraying no emotion, but the threat of emotion was apparent in his steel gray eyes.

When his turn came to speak he stood without hesitation and announced, in a monologue unlike those you might have heard prior to this one, "My sweat and blood have gone into making these articulated cat ears. If the unions and the men in Washington will take them for 'the people' then let them come up with their own mechanical cat ear headset. I will take my articulated cat ears to Japan, where things are better and the women are more attractive. This pitiful country of baka gaijin does not deserve my genius."

Immediately everyone in the room became afraid about what he said. They had no ideas of their own and no abilities. They were like babies. 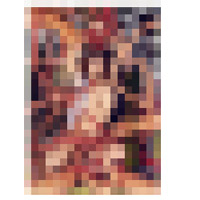 Who is Josh Gulp? Scoby Darling knew the truth, that no such man exists in flesh, but within us all. Every man and woman, excluding those born with chronic diseases, mental illness, or undesirable genetic traits, possesses the capacity to become Josh Gulp. He is the potential to achieve our goals and work our will upon the world, just as a man must become a beast to satisfy the desires of a woman. Specifically, a man must become a tentacle beast, taking what he desires, unshackled from those who would hold him back on subway, in the water closet, or in a slime-wrecked panty dorm.

Scoby leaned back against the wall and sighed, her handsome Eastern-European gaze searching the transom for the shadow of appendages that might creep through and perform what the superior Japanese call paizuri (titty fucking) and gansha (facials). There were no creeping tentacles today, but back at Scoby's apartment, Azumi Harusaki waited behind government mandated mosaics on Scoby's region-liberated DVD player.