Revenge of the Nerds!

A fat dork explains his pretend disease with terrible MSPaints

Life can be pretty rough at times, I'll admit. As soon as we leave the womb and are able to feed ourselves and realize that not shitting in our own pants is probably a good thing, we have at least the beginning of understanding that it can be full of ups and downs, disappointments, heartache and sadness. Luckily, most of us are able to cope pretty well. I mean, sure, moving away, getting a new job, or meeting new people can potentially be pretty stressful situations, but most adults can deal with them like, well, adults. 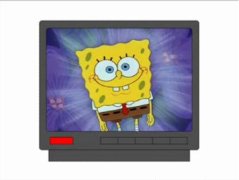 When I've got a good 'sperg worked up, I like to throw on a some muhfuggin' SpongeBob and do that shit proper, son.The problem is that some people just really don't want to deal with stress or overcome adversity. Hell, I'll be the first to admit that sitting in your room playing video games and eating Hot Pockets is a helluva a lot easier than having adult responsibilities. The thing is, though... I'm not a complete lame ass who doesn't aspire to greater things simply because it's easier not to.

For years, those among us who just refuse to put any effort into being a normal, motivated, social adult were made fun of and beaten up on a regular basis (as nature herself intended). In the last few years, however, it seems that these once social pariahs are seeking to redefine their marginal roles in society by having their apathy towards life classified as a disease. I mean, golly, getting made fun of and getting their asses kicked into shape is a lot more inconvenient than hiding behind an over-diagnosed illness, right?!

I have a friend that has one brother with Autism and one with real honest-to-god Aspergers, and guess what? The honest-to-god Aspergers kid isn't posting his pasty ass all over Youtube or blowing off "getting a job" or "going to school" to play World of Warcraft. He just kinda acts like the one with Autism, only he can kinda take care of himself and stuff. He's not "normal". He's not "just kinda nerdy". You wouldn't think he's a weirdo dorkass greaseball gamer geek if you just met him; you'd think he had something obviously mentally wrong with him. Most importantly, however, he doesn't blame every single fucking failure in his life on his illness unlike the thousands that "realized" they had Aspergers when they read it as the Wikipedia article of the day. 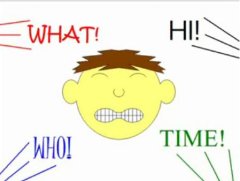 It's a free country though, and I totally respect the right of overweight nerds everywhere to not contribute anything of worth to society; of course, I also reserve the right to laugh at and mock them for this, but at the end of the day, it's really not hurting me personally if some acne-faced porker wants to spend all day posting vlogs on Youtube or whatever. But seriously, guys, just be proud of what you are. Hell, if anything, claiming to have some fake-ass illness underminds the "fuck society fuck school fuck work fuck the Playstation 3" attitude you seem to keep despite claiming to be suffering from a debilitating mental illness.

You can't have your cake and eat it t...Y'know what? That was probably the worst metaphor I could have possibly picked.

Thanks for tuning in to another thrilling week here at AwfulVision™! I'd like to thank everyone that sent videos this week. If you've got a video you're just dying to see featured here on AwfulVision™, sent it right here! If your video is selected, you and a friend will win a lifesize statue of Tony Danza explaining why he only plays characters named "Tony".
Oh, and before I forget, be sure to join the super secret amazing AwfulVision™ Youtube channel! You could also feasibly submit videos to us there, but please don't do it if you value your life! Okay! That is all the time I have this week! Seriously, I have to go because I'm only given a certain ammount of letters each week and I'm about to run ou

"I think alex you should be very care how you say "aspergers" say it ASP-ER JERS symdrome or thats how it is pronounced here in England, not assburgers"
-rayhurst00

" your a﻿ burger and i hate people like you"
-IBurnLambOfGod